BANGKOK -- As the Thai market matures and attracts more overseas money, companies are being held to higher standards of corporate governance, owing to the close scrutiny of asset quality by long-term international investors.

Data from investment bank UBS showed that foreign investors' share of Thai equities reached over 40% in the second and third quarters of 2019, more than doubling after hitting bottom in the third and fourth quarters of 2014.

Between Jan. 1 and Nov. 1, foreign investors traded 9.06 trillion baht ($300 billion) worth of stocks, accounting for 42% of market volume, according to data from the Stock Exchange of Thailand.

After the global financial crisis of 2007-2008, investment has moved steadily into passive funds, such as index-tracking funds, and away from higher risk trades. More than $800 billion has flowed into mutual funds in the U.S. since 2011, while over $1.2 trillion has leaked from active funds, according to UBS.

Some of those investments have found their way into Thailand. The most commonly used investment indexes by passive funds are those provided by New York index compiler MSCI. David Rabinowitz, UBS securities head of Asia-Pacific market structure and beta solutions, said that an estimated $12.4 billion was invested in passive funds tracking MCSI's Thai stock index as of June 2018.

Rabinowitz said that high-frequency trading by hedge funds and systematic trading based on quantitative analysis contributed to push up the share of foreign investors in the market. According to a biyearly research conducted by independent watchdog Asian Corporate Governance Association in 2018, Thailand maintained its sixth position out of 12 in corporate governance of Asia-Pacific countries under study. The kingdom trailed Australia, Hong Kong, Singapore, Malaysia and Taiwan. But it was above Japan, India, South Korea, China, the Philippines and Indonesia.

Yet, recent events have rocked the market and hurt Thailand's reputation. In January, the Security and Exchange Commission imposed a 500 million baht fine on the former president and founder of Bangkok Dusit Medical Services Prasert Prasarttong-Osoth and two others for manipulating the share price of Bangkok Airways, the airline belonging to the hospital group.

The SEC also barred him from holding executive positions in listed Thai companies, forcing him to resign as of CEO of Bangkok Dusit, the country's largest hospital operator. 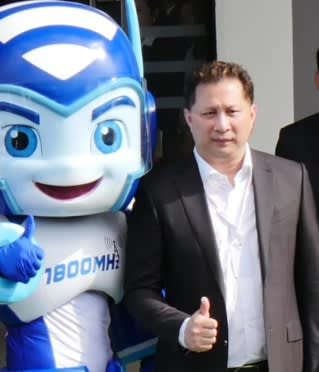 More recently, Thai telecommunications magnate Pete Bodharamik was also forced to resign as chief executive and chairman from broadband provider Jasmine International and media company Mono Technology for insider trading. The SEC penalized Pete and another executive for buying shares of Jasmine Telecom Systems before the release of its 2016 third-quarter results.

SET said that these actions by the authorities showed that they are serious about clamping down on corruption. "These are proofs that our joint effort with the SEC to improve our market surveillance is making progress," said Pakorn Peetathawatchai, president of the SET. "Catching such activities consistently will help international investors' gain confidence that it is a fair market."

"It has become more efficient to identify irregular trading, and the scope of insider trading has become wider and easier to prove, and civil sanctions have also become another effective measure of enforcement," Waratchya Srimachand, deputy secretary-general of the SEC, wrote in an email reply. "As the legal proceedings are more effective, it shows the public more tangible results, which could encourage further suppression of legal violation."

But a market participant who did not want to be named said that insider trading was still rife and is often referred to by Thais as "informed speculation."

Passive funds are less mobile than active money, which means infrequent governance problems will hardly result in a capital flight. But the SET and SEC are both working toward promoting awareness about corporate governance and encouraging environmental, social and corporate governance values that will help Thailand's long-term growth.