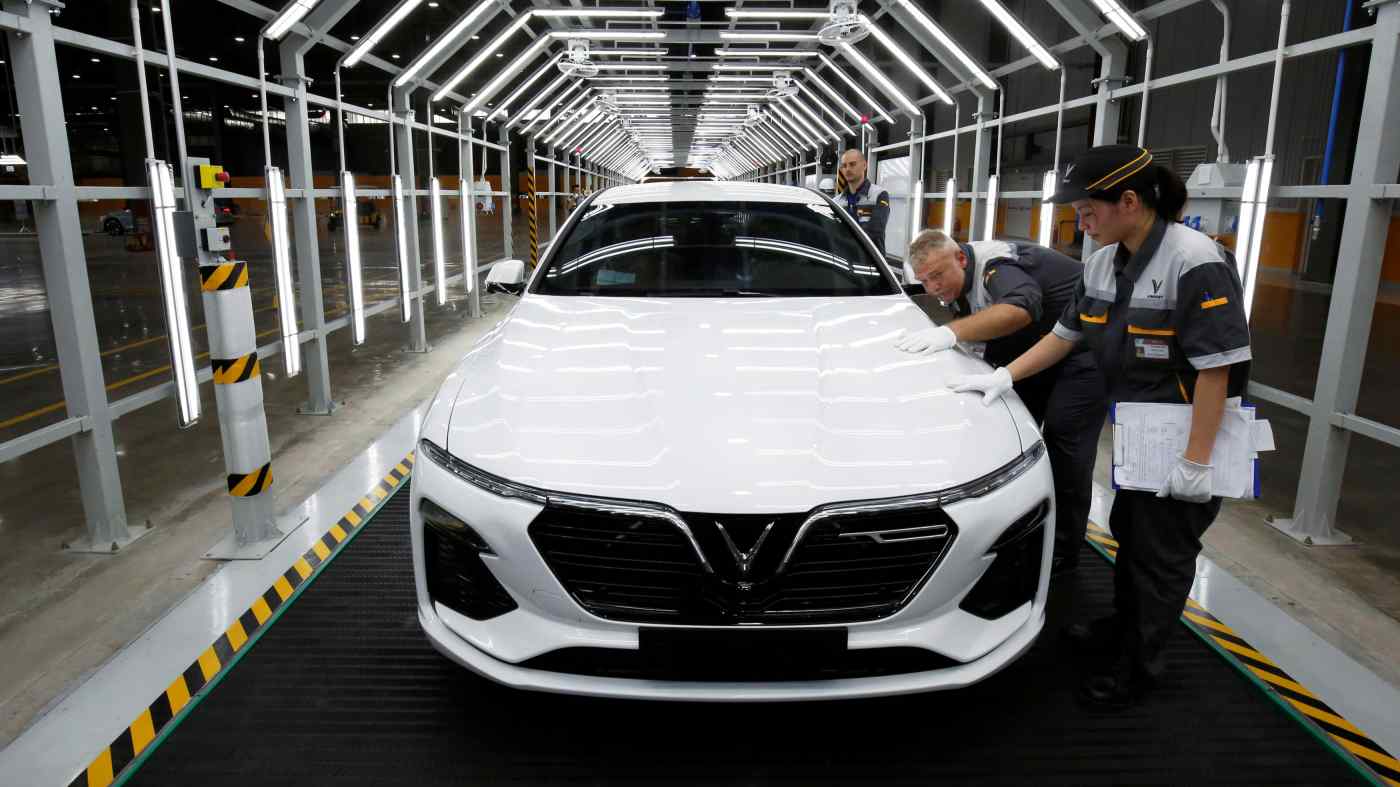 Workers inspect a car rolling off an assembly line during the opening of the VinFast auto plant in the Vietnamese city of Haiphong in 2019.   © Reuters
LIEN HOANG, Nikkei staff writerApril 14, 2021 21:20 JSTUpdated on April 15, 2021 11:52 JST | Vietnam
CopyCopied

HO CHI MINH CITY -- Vietnam's Vingroup says it is considering an initial public offering or a merger with a "blank check" company among options to raise money for its car unit.

The announcement, made on the Vingroup website, is confirmation that Vietnam's biggest domestically listed company is considering moves that could lead to a listing of VinFast, either directly or via a so-called special purpose acquisition company, or SPAC.

Earlier reports that it was considering an IPO in the U.S. -- which would be a first for a Vietnamese company -- drove up Vingroup's shares in Ho Chi Minh City by 6% on Tuesday.

Vingroup, a conglomerate founded by the country's richest man, posted the news the same week that Grab, the Singapore-headquartered tech group, said it will merge with a Nasdaq-listed SPAC in a deal that values the company at $40 billion.

A SPAC is a vehicle that raises money, lists on a stock market, then finds a private company to acquire. For the acquired company it can provide a quick route to a stock market listing.

While Sea Group, also based in Singapore, became the first company from the region to score a major listing in the U.S. in 2017, a market debut by VinFast could be part of a wave by Southeast Asian companies including Gojek, Tokopedia and Traveloka of Indonesia.

Raising funds would help VinFast, Vietnam's first automaker, with its aggressive expansion plans, including a proposal to make electric vehicle batteries with Foxconn, test autonomous cars in California and sell EVs to Americans and Europeans.

"VinFast wishes to clarify that the company is considering various fund raising opportunities and investments, including but not limited to an equity investment, an initial public offering, a business combination with a special purpose acquisition company or other transactions," the company said.