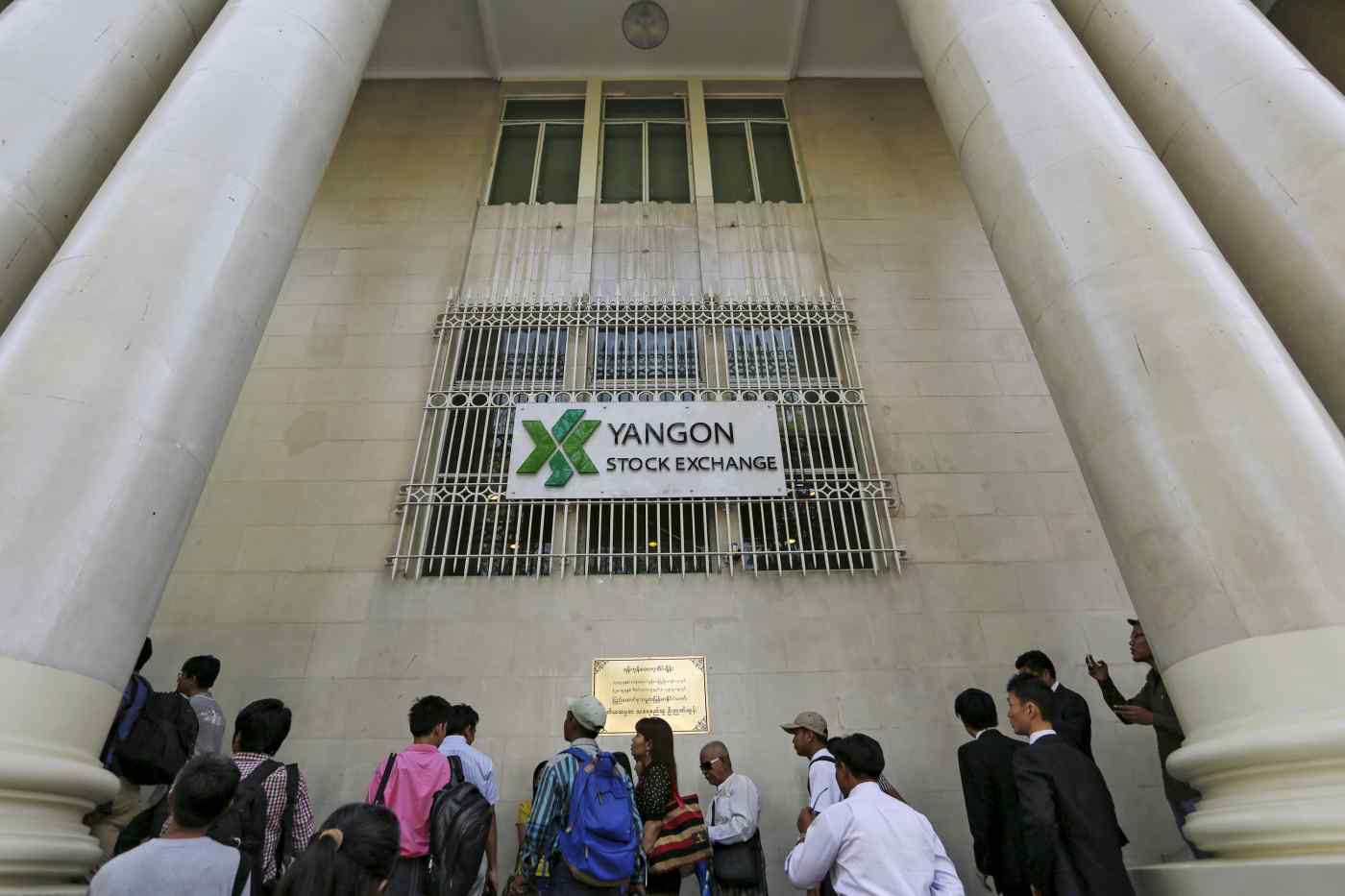 YANGON -- International investors will be able to invest in stocks listed on the Yangon Stock Exchange starting March 20, but the question lingers whether the thin liquidity on Myanmar's only bourse will increase given the small pool of listed stocks.

The country's Securities and Exchange Commission gave the official green light Friday for foreigners, including non-residents, to participate in daily trading of listed shares. Both individual and institutional investors can now set up accounts at local brokerages.

The exchange, known as the YSX, is a joint venture between Myanma Economic Bank, Japan's Daiwa Institute of Research and Japan Exchange Group, the operator of major bourses including the Tokyo Stock Exchange. It opened in March 2016 for trading only to Myanmar citizens.

Myanmar hopes that the lifting of the ban will bring an influx of foreign capital and drive activity on the YSX, which has been dismal -- with trading of its five listed companies coming to just 29 million kyat ($21,000) on Friday.

There are signs of change. A sixth company, leading logistics provider Ever Flow River Group, is set to debut on the same day the bourse opens to foreign investors, the first listing since TMH Telecom in January 2018.

"We do have strong confidence in this market, and it is matter of time to see development in the financial market," Ever Flow River Group CEO Aung Min Han told a news conference Friday.

Founded in 1996, Ever Flow River runs a ground shipping business and operates logistics centers. It is developing a distribution hub in Yangon and Mandalay, the country's biggest and second-largest city, respectively, with the aim of offering services to enhance the efficiency of movements of imports and exports.

Ever Flow River looks to set up logistic infrastructure to "facilitate and support the development of our country," the CEO said, adding "we want to raise funds systematically." The company will skip issuing new shares this time, but plans to use the listing process to set up a governance system securing transparency so that it will be ready to attract international investors once trading picks up on the bourse.

But not all six listed companies may be available for trading by foreign investors. Two of them are in the banking sector, and the country's central bank is not in favor of having local lenders owned by foreigners.

International investors will be allowed to hold up to just 35% of each listed company. This limit makes it uncertain whether such investors will be able to invest in First Myanmar Investment -- a Yoma Group member with the biggest market capitalization on the bourse -- because it sold a 20% stake to Philippine partner Ayala last year. First Myanmar will have to decide whether to make the remaining 15% available to foreign trading or set it aside for a future capital tie-up.

Listed companies have yet to state what level of foreign ownership they look to have, according to the YSX.