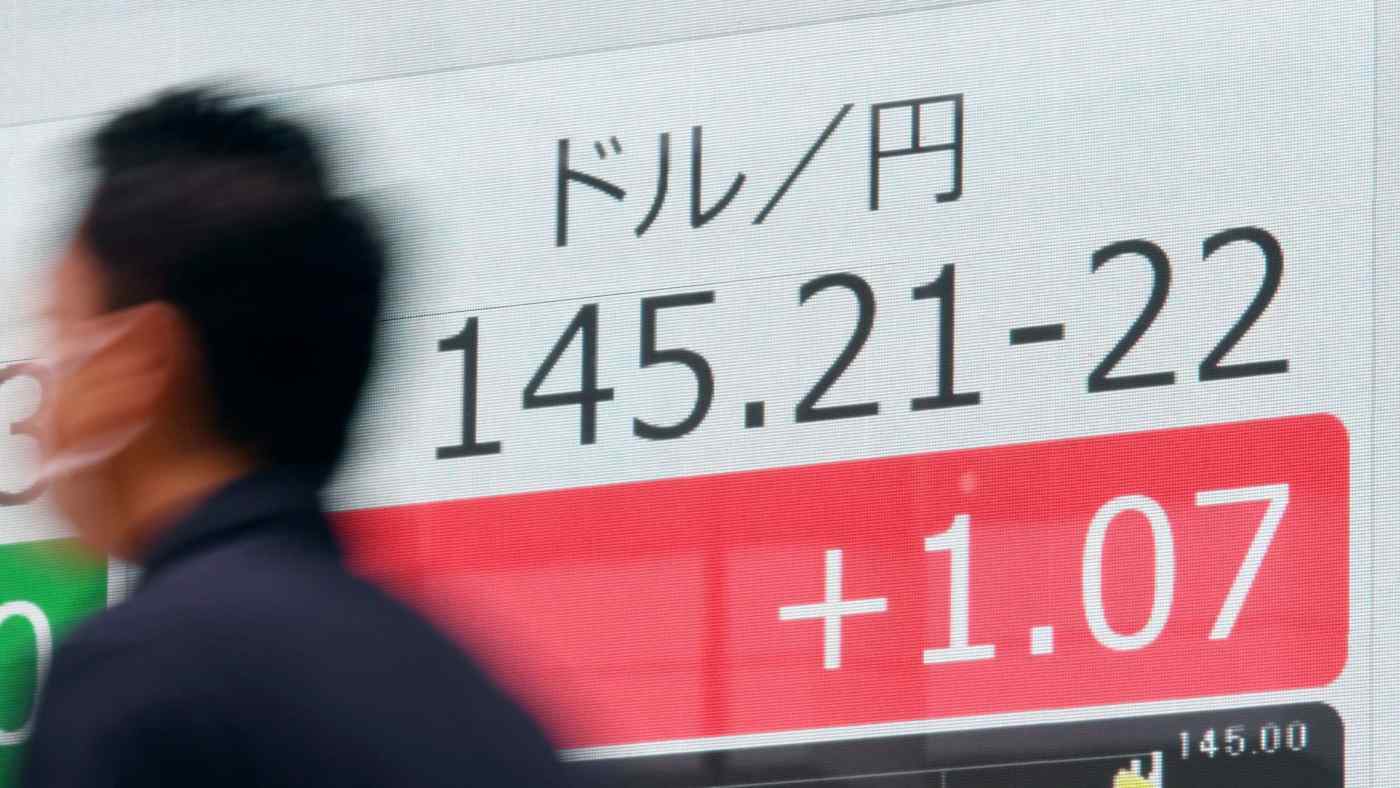 TOKYO/SEOUL -- Asian currencies came under fresh pressure on Thursday and shares were lower after the Federal Reserve continued to tighten U.S. monetary policy while the Bank of Japan stuck to its ultraloose stance.

The Japanese yen weakened past 145 to the dollar, a fresh 24-year low, after the BOJ said it would maintain its monetary policy, under which it is buying unlimited quantities of Japanese government bonds necessary to control the yield curve.