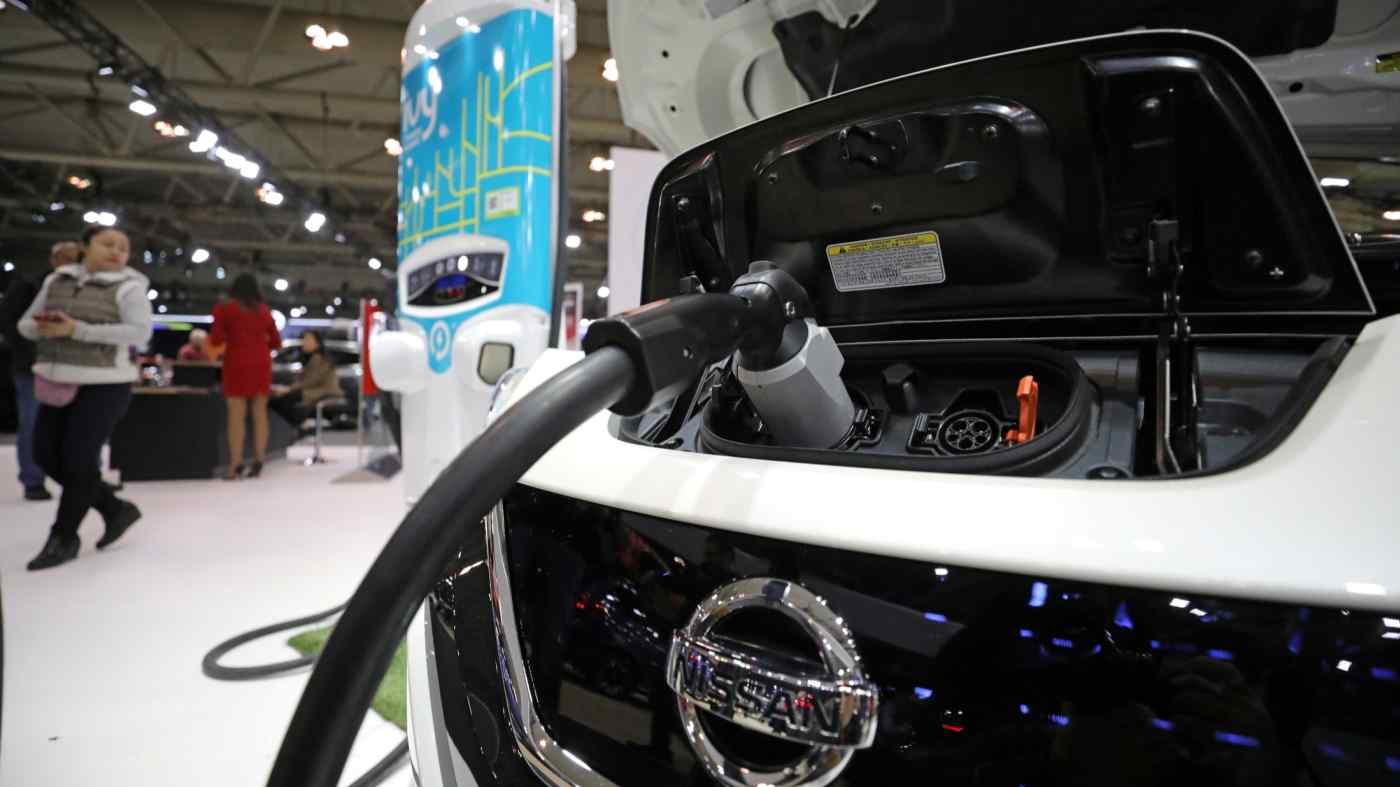 TOKYO -- Can a technology used to make cement set faster also do the same for recharging electric-vehicle batteries? A Japanese company thinks so.

Taiheiyo Cement will branch out into materials for lithium-ion batteries with a product that can eliminate the need for expensive cobalt while speeding up charging times by a factor of three or four.

The new cathode material features particles just 100 nanometers in diameter, thanks to technology that Taiheiyo uses to help concrete set faster. Lithium ions can flow in and out efficiently, allowing for much faster charging as well as tripling the usable life of the battery, according to the company.

Taiheiyo will invest 1 billion yen ($9.4 million) in a demonstration plant, slated to come online in fiscal 2021, that can produce 100 tons of the electrode material per year. A mass-production facility with roughly 10 times the capacity is set to start up as early as 2025.

The company anticipates tens of millions of dollars in annual sales. With domestic cement sales slumping to its lowest level in more than five decades, Taiheiyo seeks opportunities to tap into fields where demand is thriving, such as data centers.

Cathodes with the new material can be made without nickel or cobalt, which are widely used to boost battery performance. Both metals can be difficult to source consistently, and rising demand for electric-vehicle batteries has sent cobalt prices soaring. Lithium-ion batteries with cobalt and nickel also pose a fire hazard at high temperatures, while Taiheiyo's technology is safer in this respect. The company will consider offering materials for electric-vehicle batteries.

About 70% of the world's cobalt supply is produced in the Congo, an area still plagued by conflict. The industry has been condemned for its use of child labor and dangerous working conditions.

Panasonic and other battery manufacturers, as well as major automakers, are working on batteries that do not require cobalt. Sumitomo Osaka Cement, another Japanese company, offers cobalt-free cathodes for applications including household batteries.

Japan's cement industry is rushing to diversify amid sluggish demand exacerbated by the pandemic halting construction projects. Sales slid 5.2% by volume to 39.24 million tons last year, dropping below 40 million tons for the first time in 54 years, according to the Japan Cement Association.