TOKYO -- China Baowu Steel Group became the world's largest steelmaker by volume in 2020, making it the first company to overtake ArcelorMittal in 19 years and the first Chinese player to climb to the top of the list.

China's steelmakers have undergone major streamlining drives to curb overcapacity even as domestic demand remained strong. With seven of the world's top 10 producers now based in China, the country has emerged as a powerhouse in steel over veteran industry leaders like Japan.

China's HBIS Group and Jiangsu Shagang Group also climbed to third and fourth place, respectively, from fourth and sixth in 2019.

While Chinese companies gained momentum, rivals were squeezed in markets still languishing from the pandemic. Luxembourg-based ArcelorMittal's output fell 19%. This was the first time the company or its predecessors, Arcelor and Mittal Steel, lost the top spot since 2001, when the merger that created Arcelor was approved. Arcelor was officially founded in 2002.

Massive domestic demand and scale also give Chinese players an edge in terms of profitability. Earnings before interest, taxes, depreciation and amortization at Baowu unit Baoshan Iron & Steel is $106.20 per ton. This is a relatively high figure for the industry, excluding exceptional earners like Posco, which has maximized efficiency by operating just two steel mills.

China was not always a dominant player in the steel industry. One of the predecessors to Nippon Steel had topped the list in 1990, with a total of four Japanese companies ranking in the top 10.

Crucial to a range of industries from infrastructure to automobiles, steel serves as an indicator of a country's economic momentum. Japan held the leading market share in shipbuilding of about 40% to 50% in the 1980s and 1990s, reaching a peak of 53% in 1984, according to IHS Markit. Japan's automakers were also quickly gaining ground across the world. 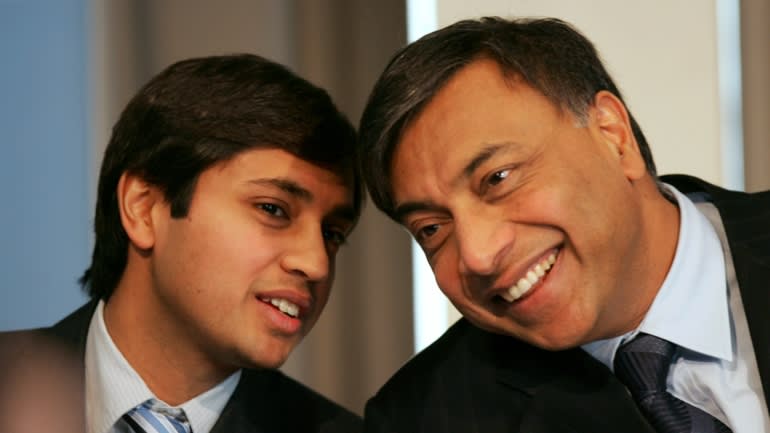 The industry underwent major consolidation in the 2000s, following the launch of the European Union. Three European steelmakers merged to create Arcelor early in the decade, while Mittal Steel emerged in 2005 through an acquisition. Then world leader Mittal acquired second-ranked Arcelor in 2006, forming what became ArcelorMittal.

ArcelorMittal produced 98.2 million tons of crude steel in 2010, more than double the next largest steelmaker.

The global financial crisis in 2008 was another turning point for the industry. Even as developed economies flagged, forcing ArcelorMittal to lay off many of its workers, Chinese steelmakers saw domestic demand surge from the government's 4 trillion yuan ($616 billion at current rates) stimulus package.

But the rapid buildup in China's steel industry resulted in an estimated 200 million tons in excess capacity by 2012. Beijing responded with an industrywide drive to eliminate inefficient and redundant facilities, centered on big government-run players.

The centerpiece of the reorganization was the merger between Baosteel and Wuhan Iron and Steel, which gave rise to Baowu. The company brought Magang into the group in 2019 as part of a string of absorptions. Elsewhere, plans to merge Ansteel Group and Ben Gang Group were revealed in April.

China's arsenal is not limited to sheer production volume. At several Chinese steelmakers, research and development spending exceeds 2% of revenues. Baoshan's R&D spending is at 2.6% of revenue while HBIS's ratio stands at 2.4%.

Meanwhile, the R&D spending at Japanese steelmakers and South Korea's Posco stand below 2% of revenue. This disparity has helped Chinese players gain in technological expertise.

Toyota Motor has agreed to procure some electrical steel sheets from Baowu for use in electric vehicles, after giving the stamp of approval on the quality front. More weight is going to decarbonization research and development as well.

The Chinese steel industry looks to expand overseas. The domestic steel market is projected to hit its peak in two years, according to some estimates, putting pressure on the companies to capture external demand to fuel growth.

"2021 will be the first year of globalization," said Baowu Chairman Chen Derong. "We will consider purchasing Western companies as well."