Fujifilm and Sumitomo Chemical to make resists for next-gen chips TOKYO -- Fujifilm Holdings and Sumitomo Chemical will each start supplying a material used in next-generation chipmaking as early as 2021, which could help make smartphones and other devices smaller and more energy-efficient.

The two Japanese companies are working on special photoresists used in extreme-ultraviolet lithography, where complex circuits are patterned with a special light. Light-sensitive photoresists serve as the coating for this patterning process.

The entry of the new players will fuel competition in the market for EUV photoresists, which is dominated by Japanese suppliers.

Meanwhile, Sumitomo Chemical will equip a plant in Osaka with a full range of photoresist capacity, from development to production, by fiscal 2022. The company already has a tentative agreement to supply its product to a large-scale manufacturer, thanks to its strong market share in conventional photoresists.

With Apple planning to use chips made with EUV technology in new iPhones, key supplier Taiwan Semiconductor Manufacturing Co. is working to mass-produce and miniaturize products using this method. 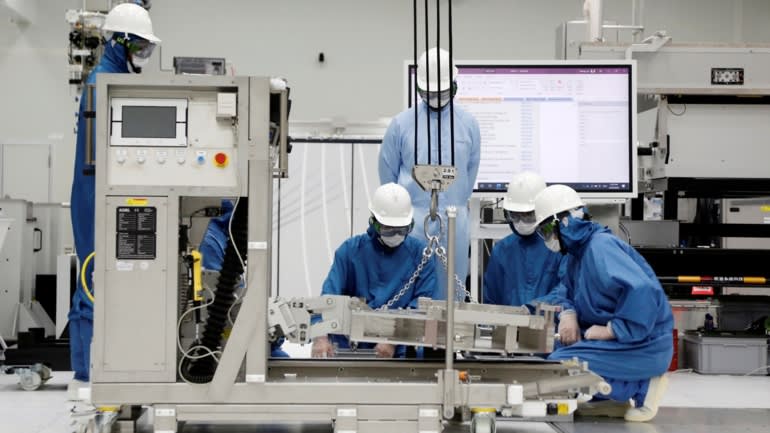 The new photoresists will help drive improvements in chipmaking. The smallest chips now on the market use 5-nanometer technology. TSMC and other players aim to commercialize 3nm chips.

Japanese companies, such as JSR and Shin-Etsu Chemical, control roughly 90% of the global market for photoresists used in EUV.

Photoresists were one of three classes of chipmaking supplies for which Japan tightened controls on exports to South Korea last year. The controls were later partly eased.