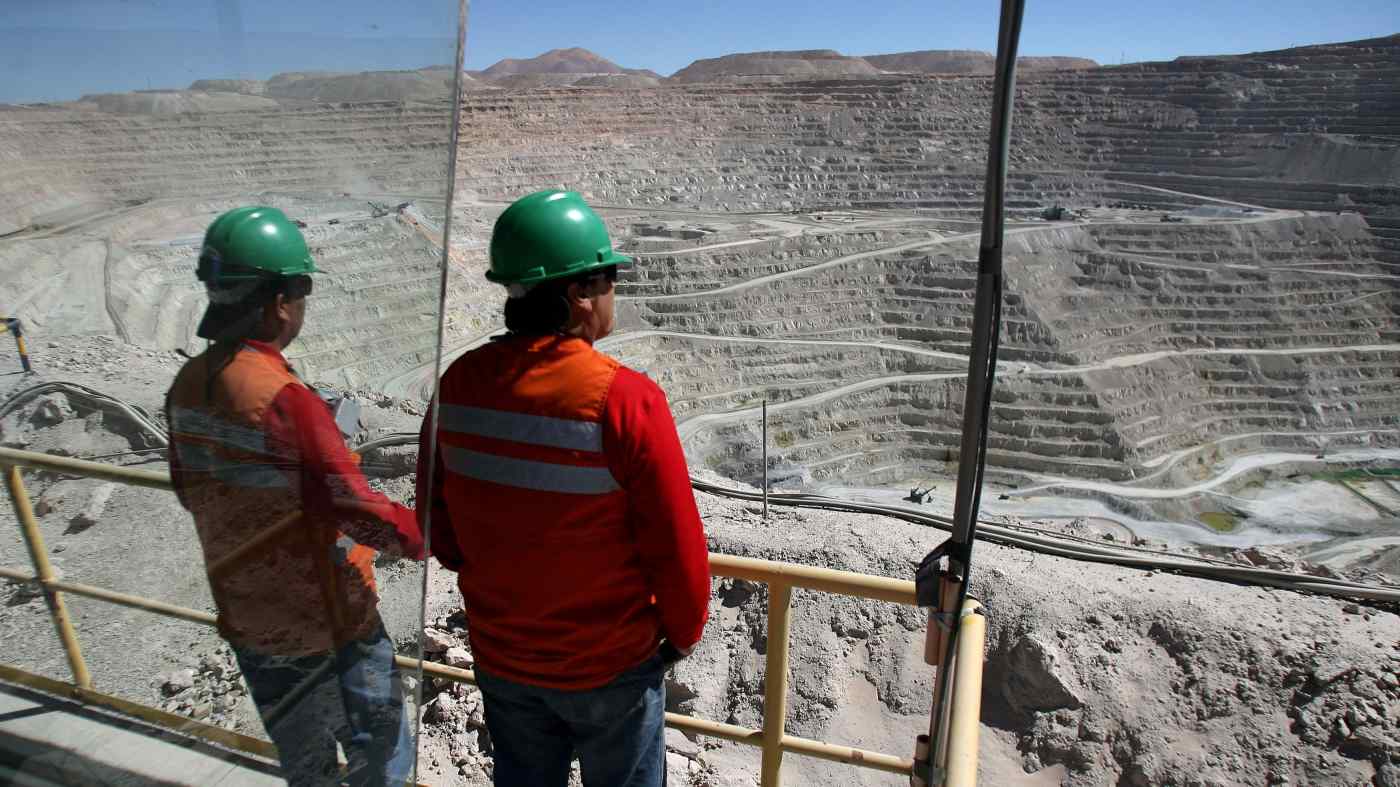 TOKYO -- Japan's trading companies look to expand their global copper mining operations in anticipation of growing demand for the metal used in electric vehicles and wind power as the best deposits become scarce.

Marubeni wants to expand the Minera Centinela mine in Chile, jointly owned with Antofagasta of the U.K., to the south of the existing site. A new concentrator for processing of the ore also would be built under plans to increase annual production by half to 450,000 tons.

The company's plans attest to the rising importance of copper, long hailed as an economic indicator for its wide-ranging industrial and construction uses.

An EV motor contains four times more of the metal than an internal combustion engine. A wind turbine uses 15 times more cable than a fossil-fuel plant for the same amount of power generated.

Eyeing this demand, Marubeni plans to decide on investment this year, with completion targeted for 2025 and full production reached the following year.

Mitsubishi Corp. is working with U.K. miner Anglo American to begin production of copper concentrate at the Quellaveco mine in Peru this year. Once operations are off the ground, annual production is expected to reach 300,000 tons. Low-cost renewables will supply all the power to the project, which will use self-driving dump trucks. Maintenance will employ artificial intelligence, analyzing data to raise efficiency.

Global competition is intense for copper deposits with high quality ore as the depletion of the limited resource and a drop in quality become bottlenecks in the industry. Obtaining mining rights has grown more difficult, and the International Energy Agency predicts that demand will outstrip production in the late 2020s.

"Because of growing demand and the fall in quality, obtaining [copper] will become difficult, making it a rare metal from around 2050 on," said Toru Okabe, professor at the Institute of Industrial Science at the University of Tokyo.