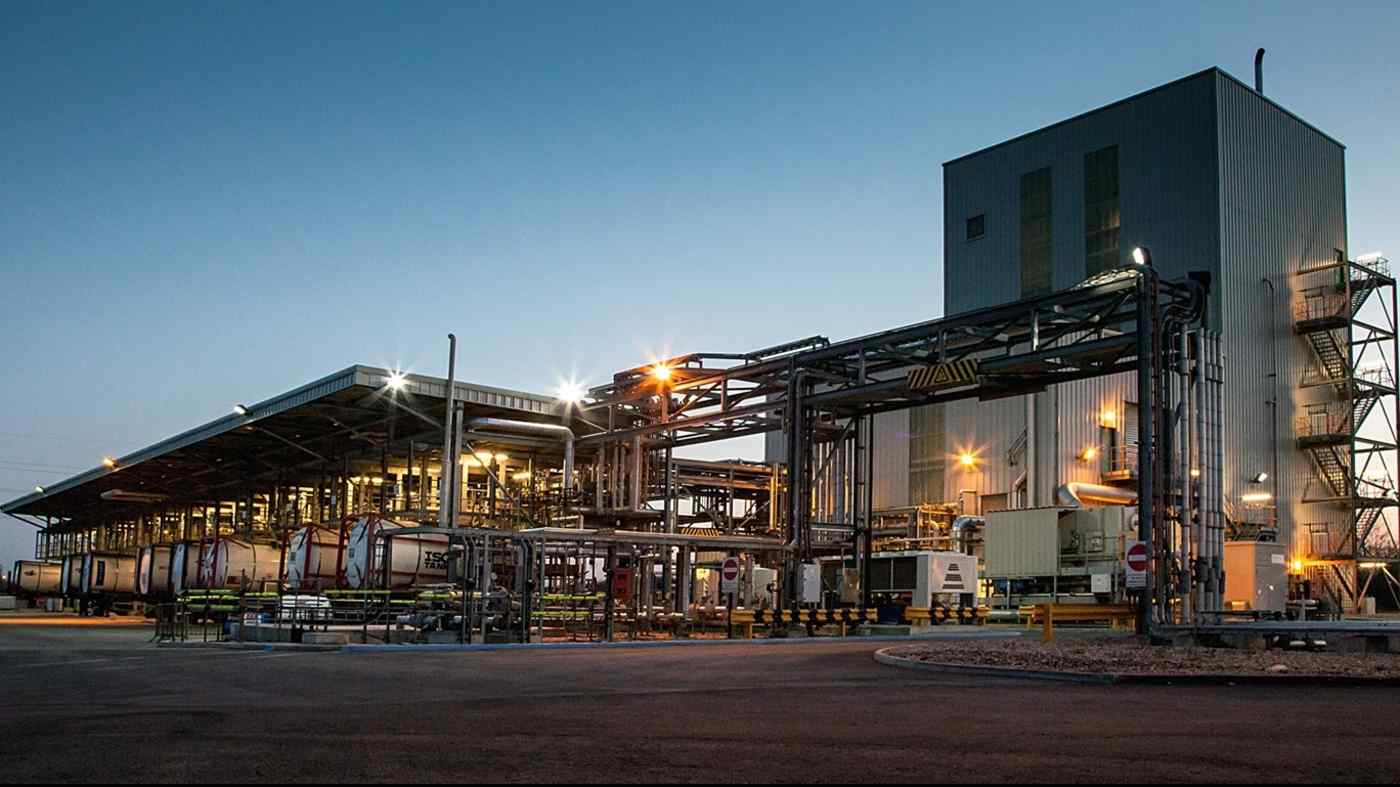 TOKYO -- Mitsubishi Chemical will lift global production capacity of liquid used in electric vehicle batteries by about 50%, Nikkei has learned, in a move to better compete against Chinese players for a rapidly expanding market fueled by green initiatives around the world.

The Japanese manufacturer will spend billions of yen (1 billion yen equals $9.6 million) to boost production of electrolyte solution for lithium-ion batteries. The funds will be used to upgrade equipment at plants in the U.S., the U.K. and China. Mitsubishi Chemical will raise global annual capacity to 90,000 tons by 2023.

This comes as governments around the world are phasing out gasoline-engine vehicles. The U.K. and France plan to ban new sales of gasoline- and diesel-powered vehicles in 2030 and 2040, respectively. China will limit new vehicle sales to electric vehicles, hybrids and other eco-friendly cars by 2035.

In that scenario, the demand for EV batteries and battery materials is expected to swell. The market will expand to $36.7 billion in 2025, according to data from Tokyo-based Yano Research Institute, which would amount to a roughly 75% growth from 2019.

Solid-state batteries, which do not use liquid electrolytes and are known to be safer, are moving forward in development. But lithium-ion batteries are expected to be the main power source for electrified vehicles for the near term.

While Mitsubishi Chemical's global share in lithium-ion battery electrolyte hovers around 20%, the top three leaders in that domain, such as Guangzhou Tinci Materials Technology, are headquartered in China. When it comes to anode, cathode and separator material for lithium-ion batteries, along with electrolyte products, Chinese enterprises command global shares between 60% and 70%.

Japan's Asahi Kasei was once the global leader in separator materials, until it was dethroned in 2019 by Shanghai Energy. Outside of batteries, Hitachi Metals and Shin-Etsu Chemical used to be strong in neodymium magnets, which are found in EV motors. Now 80% of that share is occupied by Chinese suppliers.

Mitsubishi Chemical will differentiate itself by marketing the high performance of its electrolyte solutions. The products contain additives that protect electrodes to inhibit gas generation -- a known cause of diminished battery capacity. The electrolyte strikes a balance between high power output and durability that leads to extended travel distances on a single charge.

Also in Mitsubishi Chemical's arsenal are nearly 300 patents relating to electrolyte. The company will use that library to propose optimal manufacturing methods to battery makers conforming with the type of battery materials used.

Other Japanese material manufacturers are fighting back. This April, JFE Holdings will double domestic production capacity of ferrite magnets, a material found in transformers that adjusts the voltage reaching EV motors. The company says its product can extend the traveling distance of a single charge.

Sumitomo Chemical will double capacity for battery separators this year at its production center in South Korea. As a result of these combined investments, revenue from the battery material segment is projected to top 100 billion yen in the fiscal year ending March 2025, doubling sales from fiscal 2019.

Up to now, Japanese companies have been spending money on high added-value products that lead to better battery safety. But now they have been focusing on scale as well to demonstrate steady supply capabilities.

Chinese companies in recent years have improved product quality in terms of safety, leaving rivals to play a challenging game of catch-up.