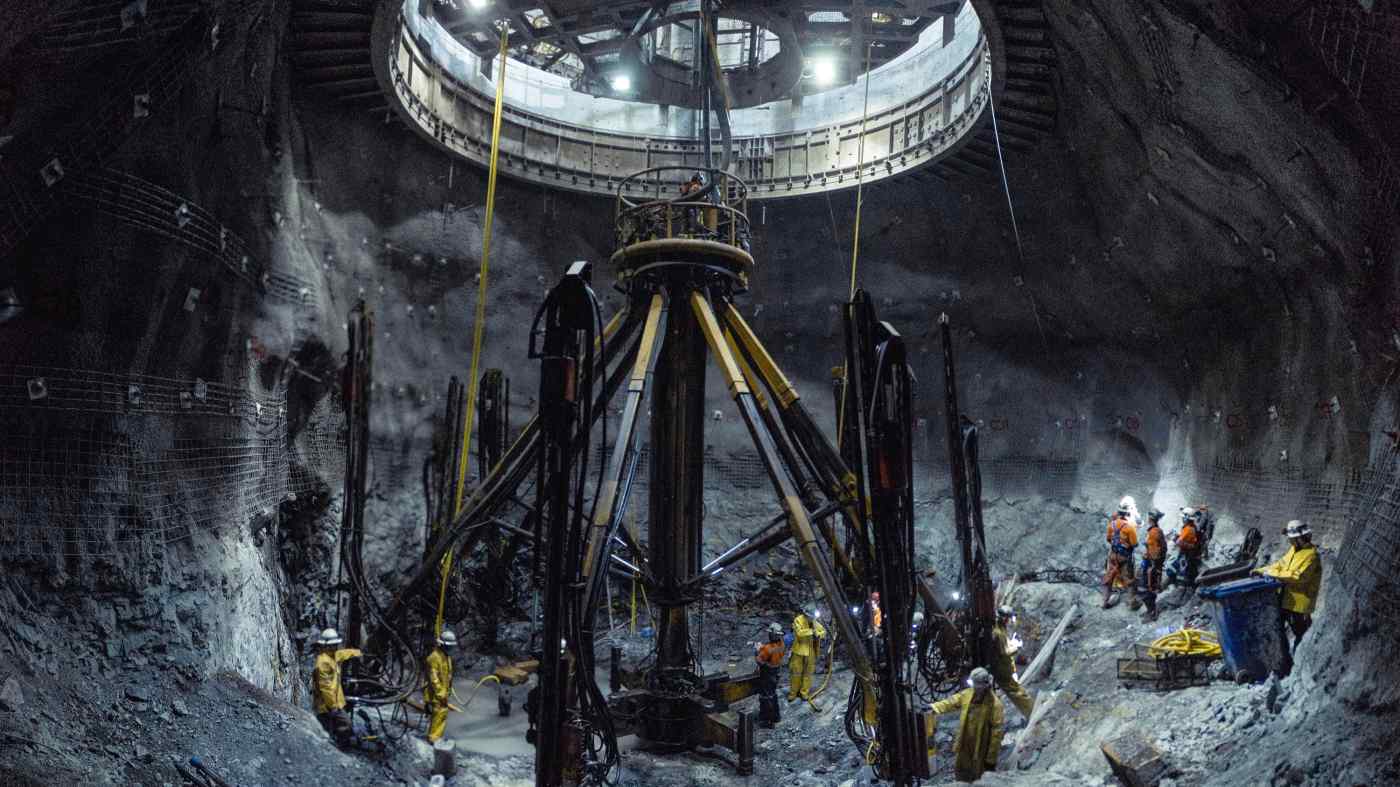 Rio Tinto has offered to waive interest on its loan to Mongolia to finance its share of the costs for the underground phase of Oyu Tolgoi, a government official said. (Courtesy Turquoise Hill Resources)
KHALIUN BAYARTSOGT, Contributing writerAugust 31, 2021 19:36 JST | Mongolia
CopyCopied

ULAANBAATAR -- Mongolian officials said on Tuesday that they will "carefully review" a new plan from Rio Tinto for financing the costly expansion of the vast Oyu Tolgoi copper mine -- intimating that it could take years to reach agreement.

The rising cost of the new underground phase of the mine, now pegged at $6.8 billion, played a part in bringing down both Mongolia's previous prime minister and Rio's last chief executive.

While the government has not paid up front for any of the construction or operating costs of the mine, figures that emerged late last year projecting that it might never receive any dividends from its 34% ownership of one of the world's biggest copper deposits engulfed the project in fresh controversy.

In a proposal submitted to Prime Minister Oyun-Erdene Luvsannamsrai on Monday, Rio offered to waive interest on the loan extended to finance the government's capital share, an official told Nikkei Asia. Under the current arrangement, the rate is fixed at Libor plus 6.5%, or around 6.74% currently.

The company also offered to pay the government $350 million over the next three years to assist Mongolia with its pandemic difficulties, government officials said.

"We take the cash payment offer as a prepaid dividend and there will be much more further talks," Solongoo Bayarsaikhan, deputy cabinet secretariat chief and a leading negotiator in the talks with Rio, said at a news conference Tuesday.

"Negotiations may take 3 to 4 years," said Nyambaatar Khishgee, minister of justice and internal affairs, noting the government would hire consultants to carefully review terms, given perceived mistakes made in earlier rounds of talks.

Rio on Wednesday said it would decline to comment on "speculation" about its offer.

Under the current financing arrangement, Mongolia will only receive dividends once it has paid off the interest and principal on the loan from Rio, now about $2.2 billion. Until late 2020, the authorities had expected to start collect dividends in 2032 but a two-year delay in construction and $1.5 billion increase in the project's budget darkened the outlook.

Copper production from the underground section of the mine was originally scheduled to begin last year, and preparatory work will continue while negotiations proceed. Solongoo said the government will also continue to pursue an international arbitration claim against Rio for taxes found to be unpaid after auditing the mine's records.

Rio has said the mine project pays around $300 million in taxes annually to the government, including royalties. The company has collected $1.3 billion in management fees for operating the original open-pit section of the mine since 2013.

Earlier this month, a special board committee of the joint venture that owns the mine concluded that project management problems were key to the delays and cost overruns with the underground expansion.

Former Mongolian Prime Minister Saikhanbileg Chimed, who signed a 2015 deal with Rio, is under investigation over his handling of those talks but is in exile. Bayar Sanj, a predecessor, was sentenced in 2020 to five years' imprisonment for abuse of power in another case related to the mine.