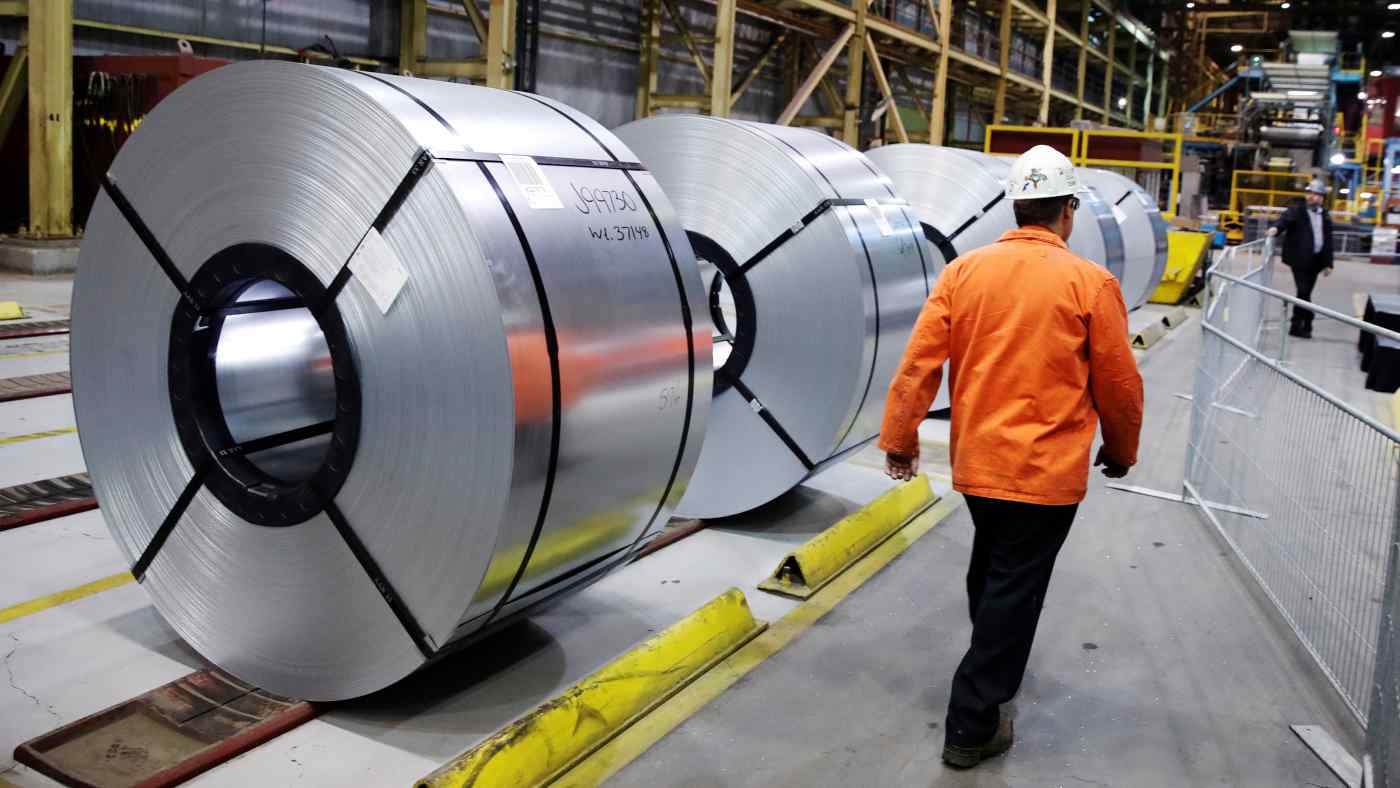 ArcelorMittal's steel plant in Ontario, Canada: Nippon Steel had at one point feared a possible takeover by its larger rival, but the companies have since become allies.   © Reuters
SOTARO YUMAE and AZUSA KAWAKAMI, Nikkei staff writersNovember 7, 2020 13:32 JST | Japan
CopyCopied

TOKYO -- With cheap Chinese steel flooding the global market, Nippon Steel and ArcelorMittal have set aside their past differences to cooperate more closely in a fast-changing industry.

The companies have not always been on friendly terms. At one point, Nippon Steel had taken steps to ward off a potential hostile takeover from its much larger competitor. But they have forged a partnership in recent years, as they consider joint investments in a wide range of markets, from the U.S. to Southeast Asia.

"We will secure a new option in our global strategy," Nippon Steel Executive Vice President Katsuhiro Miyamoto said Friday, referring to a plan regarding its U.S. plants.

An aging automotive steel plant in Indiana would be sold to a U.S. buyer in a deal estimated in the hundreds of millions of dollars. The sale could close as early as this year.

At their Alabama plant, the companies plan to construct an electric arc furnace to melt scrap iron, taking advantage of low electricity prices in the U.S. The addition means the entire steelmaking process from start to finish would be able to be completed at the facility.

The Alabama plant currently runs on iron materials shipped from ArcelorMittal's Brazilian facility, resulting in high transportation costs. "An electric arc furnace can also help us respond to any import restrictions" against base materials, Miyamoto said. The sale of an automotive steel plant in Indiana is part of Nippon Steel's overhaul of joint U.S. operations with ArcelorMittal.

The companies have made several joint investments in recent years. They acquired the Alabama plant for $1.55 billion from Germany's ThyssenKrupp in 2014. They also bought the former Essar Steel, one of India's biggest steelmakers, for $5.7 billion.

The string of joint investments marks a departure from the tension that existed between the two steelmakers in the recent past.

ArcelorMittal's Indian-owned predecessor Mittal Steel attained scale through a succession of acquisitions. The current company formed in 2007, a year after Mittal successfully executed a hostile takeover of Luxembourg's Arcelor.

Nippon Steel still had business ties to ArcelorMittal through the Indiana plant, which began operations in 1990. Inland Steel, which jointly ran the factory, later went defunct and its assets became part of ArcelorMittal. The two sides agreed to expand operations at the facilities in 2007, prioritizing the supply of steel to key customers in the U.S. auto industry.

At the same time, ArcelorMittal still had a market capitalization that was almost twice that of Nippon Steel at the time, fueling the risk that the Japanese steelmaker would be the next buyout target. Nippon Steel put together plans to boost capacity at its Brazilian operations to solidify the group's global position if a takeover battle were to take place.

The relationship between the two changed amid the rise of Chinese rivals. Consolidation and massive capital investments by state-owned companies helped the country's share of global crude steel production surge from 15% in 2000 to 53% last year. Materials prices fluctuated wildly depending on Chinese output, and cheap steel flooded Asian markets.

This squeezed profits at Nippon Steel and ArcelorMittal. Both companies found it difficult to expand globally while also fending off Chinese competition.

The joint Essar acquisition illustrates how the two have come together to tackle this challenge. The deal gave the two companies an integrated steel mill and an avenue to capitalize on demand in India, fast becoming the world's No. 2 growth market behind only China itself.

Nippon Steel aims to expand groupwide crude steel production capacity to 100 million tons a year from 70 million tons now. The impact of the coronavirus pandemic and a growing trend toward protectionist trade policies may lead countries to rely more on local production for their steel needs.

Nippon Steel President Eiji Hashimoto has shown interest in buying integrated mills outside India, saying that "acquisitions in Southeast Asia are an option."

Atsushi Yamaguchi, an analyst at SMBC Nikko Securities, praised Nippon Steel's tie-up with ArcelorMittal as a sign that it can "take proactive measures." With the business environment only getting tougher, the relationship between the two companies appears to be nearing a point of no return in terms of their global strategy.