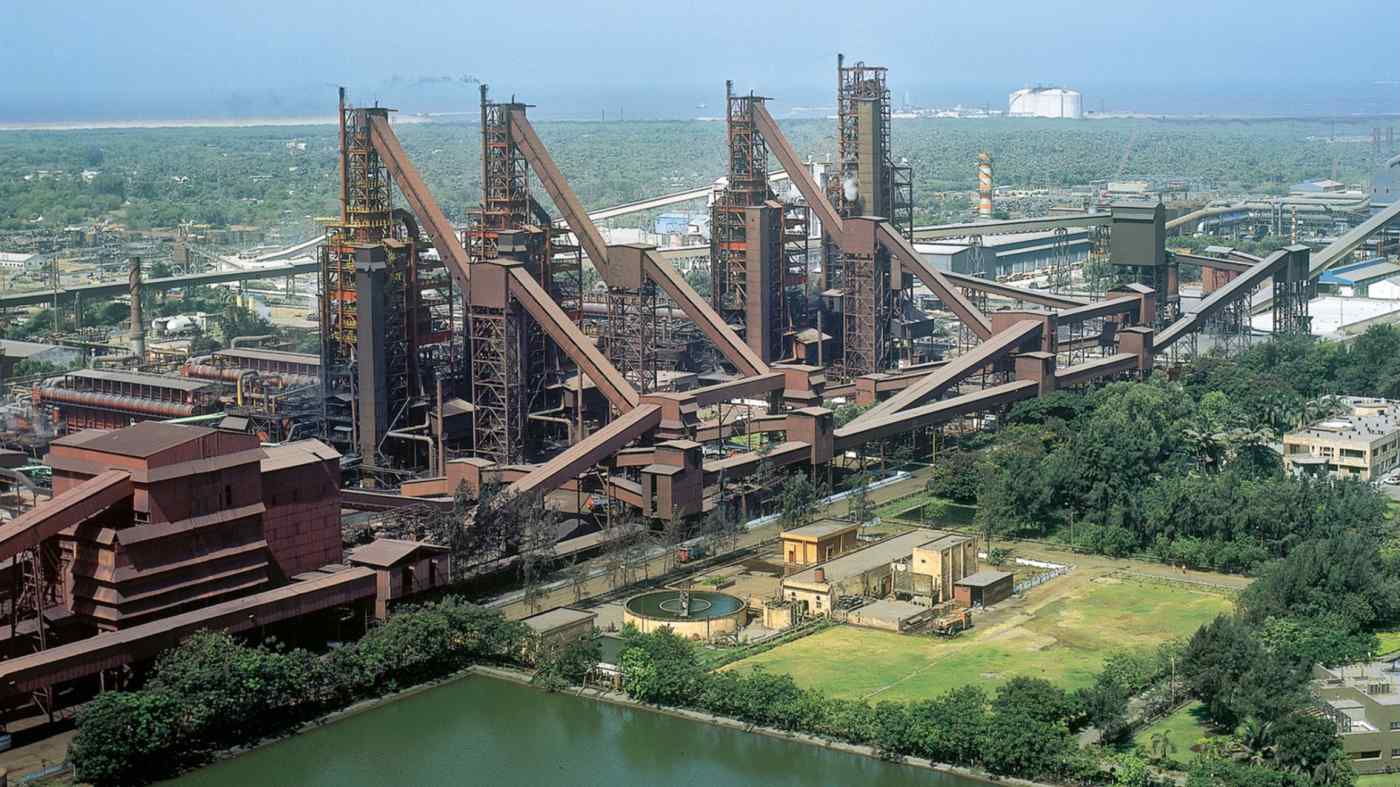 TOKYO -- Nippon Steel and ArcelorMittal will more than double the steel production capacity of their Indian subsidiary to 23 million tons a year by the 2030s, looking to expand their foothold in a promising market.

The expansion plan, involving fresh investments and acquisitions, far outstrips an increase to between 12 million tons and 15 million tons that the two steelmakers cited when they acquired Essar Steel India late last year. The company, since renamed AM/NS India, currently can produce about 9.6 million tons of steel products a year.

The partners envision a larger share of a national market that is catching up with China as a global driver of the industry. Nippon Steel forecasts Indian demand for steel products swelling to 230 million tons a year by the 2030s, or 2.3 times the current level, and aims to boost capacity to at least 10% of that figure.

The two companies spent roughly $7 billion on the Essar acquisition, with ArcelorMittal holding a 60% stake and Nippon Steel 40%. The subsidiary ranks as India's No. 4 steelmaker with a share seen at less than 10%, behind Tata Steel, JSW Steel and Steel Authority of India.

Though details of the investment plan have yet to be hammered out, it likely will include building and expanding blast and oxygen furnaces as well as a coke oven at the main AM/NS India steelworks in Gujarat. Boosting capacity for both crude steel production and downstream processing will increase overall output of steel products.

Acquisitions are in the cards as well. AM/NS India in July purchased Odisha Slurry Pipeline Infrastructure, which manages and operates a pipeline used to transport iron ore, enabling Indian ore to be shipped efficiently to coastal areas. The company was originally under the umbrella of the former Essar but was sold amid the steelmaker's financial difficulties.

The reacquisition "was a necessary investment to return its business infrastructure to the way it should be," said a representative from Nippon Steel's global business development sector.

Though India's steel market was dealt a blow by the coronavirus pandemic, it has rebounded quickly. Crude steel output plunged more than 60% on the year in April amid a nationwide lockdown, but ticked up 1% to 9.06 million tons in October, the first increase in eight months.

Shaktikanta Das, governor of the Reserve Bank of India, on Thursday noted a "stronger than expected" pickup in economic activity.

Other steelmakers also are investing more aggressively in the Indian market. JSW said in October that it would spend about 15 billion rupees ($203 million), including payments to creditors, to acquire Asian Colour Coated Ispat, a local producer of steel sheet.

India churned out 111.2 million tons of crude steel last year, an 80% increase over a decade. U.K.-based consultancy Wood Mackenzie anticipates continued growth in demand there over the medium to long term, even while steel consumption in China and other markets declines as infrastructure investment runs its course.

India is particularly crucial to Nippon Steel. Demand looks certain to shrink in its home market of Japan, and the steelmaker faces intense competition with Chinese rivals abroad. The company forecasts a net loss of 170 billion yen ($1.63 billion) for the fiscal year ending in March, due largely to the coronavirus pandemic.

Though the company has steelworks elsewhere in the world, including in Brazil and Sweden, India accounts for half its overseas crude steel production capacity.

Nippon Steel will need to get on the same page as ArcelorMittal regarding the details of their plans there, but Atsushi Yamaguchi of SMBC Nikko Securities sees benefits to the partnership.

"Teaming with ArcelorMittal will enable it to take proactive measures such as investing," Yamaguchi said.

There are potential instabilities that could complicate its plans.

These include the risk of New Delhi changing key policies or imposing new regulations. The former Essar fell prey to this when it invested in a new plant after the government guaranteed a steady supply of natural gas, only for this supply to be curtailed later, slashing the facility's capacity usage to just 35% and contributing to the company's financial deterioration.

The acquisition of Essar itself took nearly two years due to a court battle over how to prioritize payouts to creditors.

Companies in the steel industry, a major source of greenhouse gases, also may face headwinds from efforts to combat climate change, as India has ratified the Paris Agreement on climate.