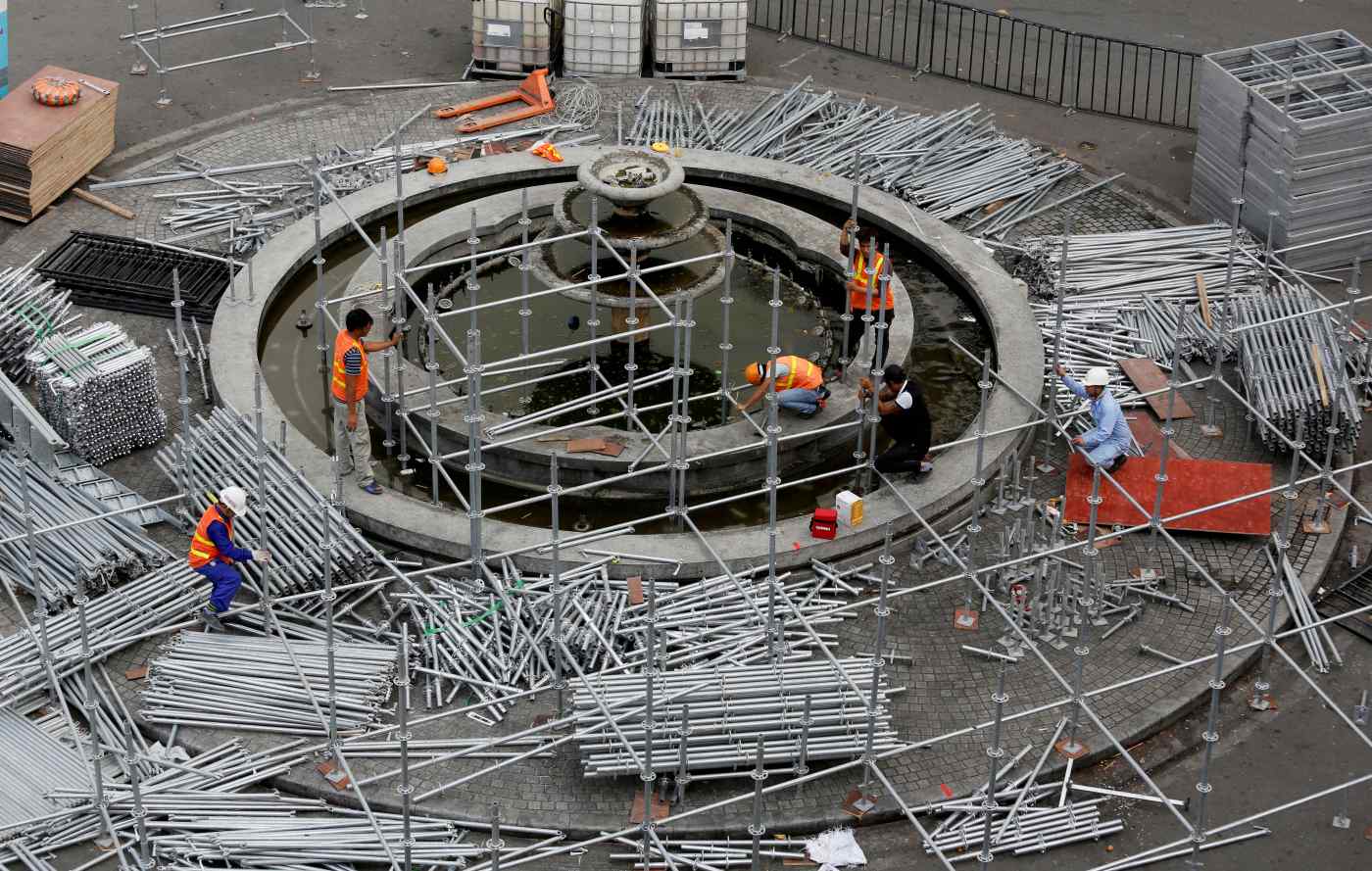 HANOI -- The Vietnamese government has asked domestic steelmakers to boost production and limit exports in an effort to fight off soaring steel prices.

"We should prioritize supplies to the domestic market to ensure price stability," Deputy Prime Minister Le Minh Khai said in a statement released early this month. Such an industry intervention by a top Communist Party official is considered highly unusual.

Import prices of hot-rolled coil steel, a staple for construction material, has exceeded $1,000 per ton, touching highs not seen in 13 years. Prices have jumped 50% from the start of the year.

The main driver for the rising prices is China, which commands the majority of global steel production. Supplies from the Asian power have recently been on the decline.

International steel prices in general have steadily climbed since demand for steel remained robust even under the coronavirus pandemic. Separately, speculation has grown since the beginning of the year about China ending rebates for value-added taxes on exported steel, spurring speculative steel purchases.

The Chinese government did indeed end up removing value-added tax rebates on major steel products on May 1, keeping import prices on an upward trend.

Vietnam is the largest steel importer in Southeast Asia, taking in 13.2 million tons of steel last year -- most of it from China.

Hanoi, which had long been concerned about the inflow of low-cost Chinese steel products, has signaled a cautious stance against permitting the expansion of steelmaking facilities within the domestic industry.

Now that steel prices are anticipated to stay high for potentially the foreseeable future, "the government may have pivoted toward recommending increased output," said a source from a steel trading company.

Steel costs account for an estimated 10% to 20% of all construction costs for a project. Most construction companies are unable to renegotiate contracts if steel prices spike, said Nguyen Quoc Hiep, chairman of the Vietnam Association of Construction Contractors, according to local media.

As a result, some construction projects are suffering delays. Vietnam exported nearly 10 million tons of steel last year, and the question remains whether the government interference will help keep a substantial portion of that volume within its borders.