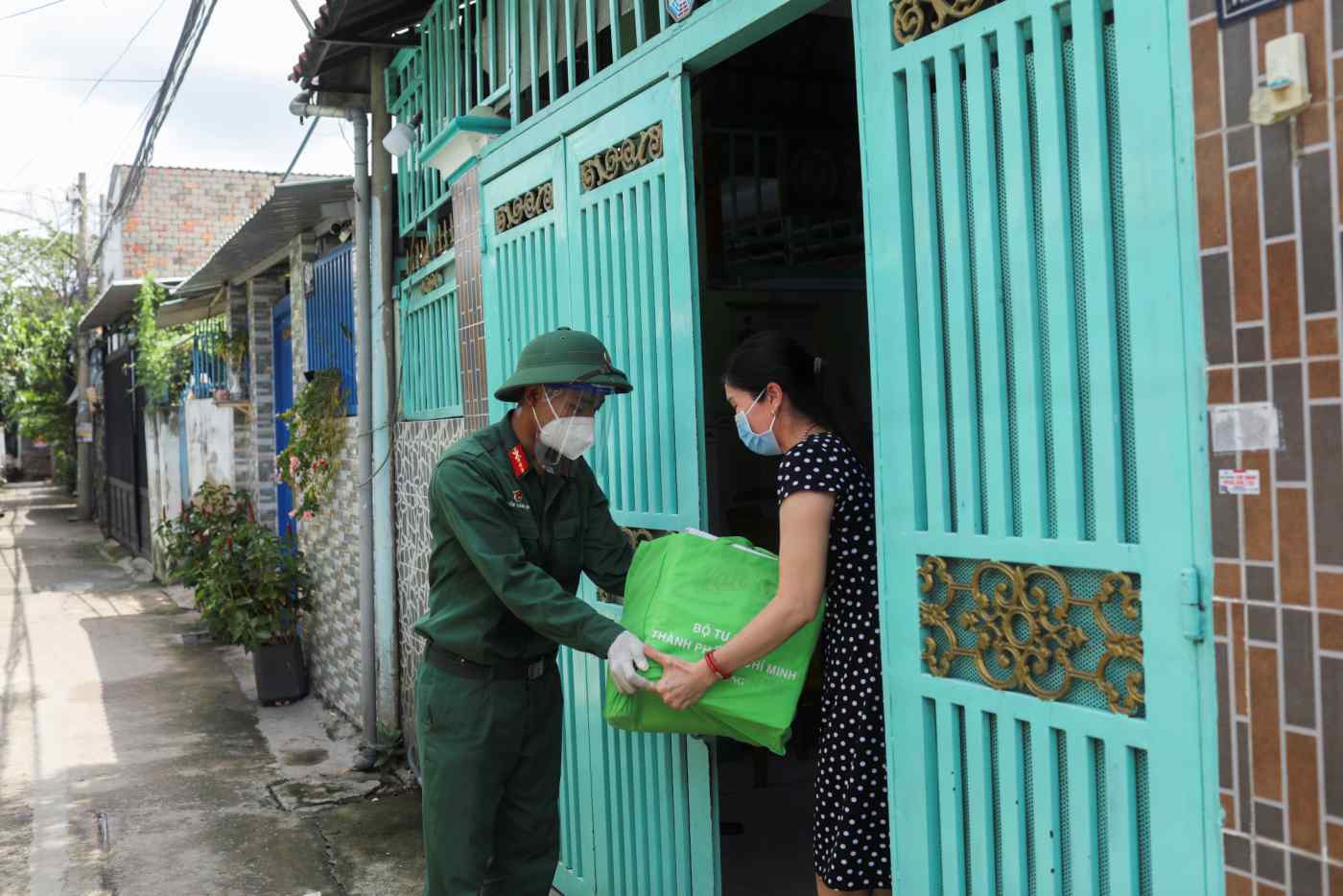 TOKYO/HANOI -- The price of used corrugated cardboard shipments to Vietnam have soared roughly 60% so far this year as coronavirus restrictions slash the amount of the material available from the Southeast Asian country's factories and households.

Used cardboard is a major input in paper product production. But as the usual sources dry up, prices have risen 20% since April. Imports are also on the rise, with Japan seeing the volume it exports to Vietnam rise around 60%.

Once a poster child for coping with the pandemic, Vietnam is now seeing 10,000 new cases a day, a pace that is putting a strain on its medical infrastructure.

As a result, Ho Chi Minh City and other parts of southern Vietnam have imposed strict lockdowns as the highly contagious delta variant sweeps across the region. Vietnam deployed military troops to Ho Chi Minh City in late August to distribute food and other necessities to residents at home.

As part of COVID restrictions, factories in Ho Chi Minh City and other southern areas cannot operate unless workers are also sleeping on the premises. Some are operating with 30% to 50% of their usual staff. Many others have halted production completely, which has significantly reduced the amount of cardboard waste factories produce.

Used cardboard can also come from households. But individual collectors, who usually bring the material to wholesalers, have been barred from areas where coronavirus is present, and the supply from households is estimated to have plunged roughly 80% across southern Vietnam. Old corrugated containers, which refer to used moving boxes and similar materials, have emerged as a hot commodity in Vietnam amid the coronavirus.

"There are no cardboard collectors out on the street anymore," an industry insider said.

Meanwhile, demand for the material remains strong. Though China has banned mixed paper imports citing environmental reasons, it has increased imports of fresh corrugated cardboard. Numerous facilities have popped up or have been expanded in Vietnam in recent years to recycle used materials into new cardboard.

Supply for these so-called old corrugated containers is tight, even with new board production down 30% to 40% across southern Vietnam due to the pandemic. The material is now going for about 7,000 dong (31 cents) per kilogram in the region, up 20% from April, before the current wave of infections.

"We are struggling to secure high-quality board even paying extra," said one trading house. The company is now sourcing more of the material from northern Vietnam, which has not been hit as hard by the pandemic.

The other option is imports. Vietnam imported 2.91 million tons of old corrugated containers in 2020, according to government statistics, up roughly 13 times from 2016. Much of the old cardboard China no longer imports now makes its way to the country.

Vietnamese demand has been a boon to Japanese exporters suffering from the Chinese ban. Japanese shipments to Vietnam were priced at 27 yen (25 cents) in July, roughly 60% higher than at the beginning of the year.

"Exports to Vietnam tend to go for higher than those to other countries," one wholesaler said.

Vietnam-bound shipments are draining inventories across Japan as well. Wholesalers in Tokyo are now paying 22% more for old corrugated containers than they did in April.

But how long the boom lasts remains to be seen. The operating rate of Vietnamese manufacturers is at record lows, while cardboard box production in China is also sluggish due to coronavirus-related restrictions and concerns about an economic slowdown.

"It's unclear whether the price of used paper in Vietnam will increase any further," one wholesaler said.