Chain's expansion in rebound from scandal hinges on mothers 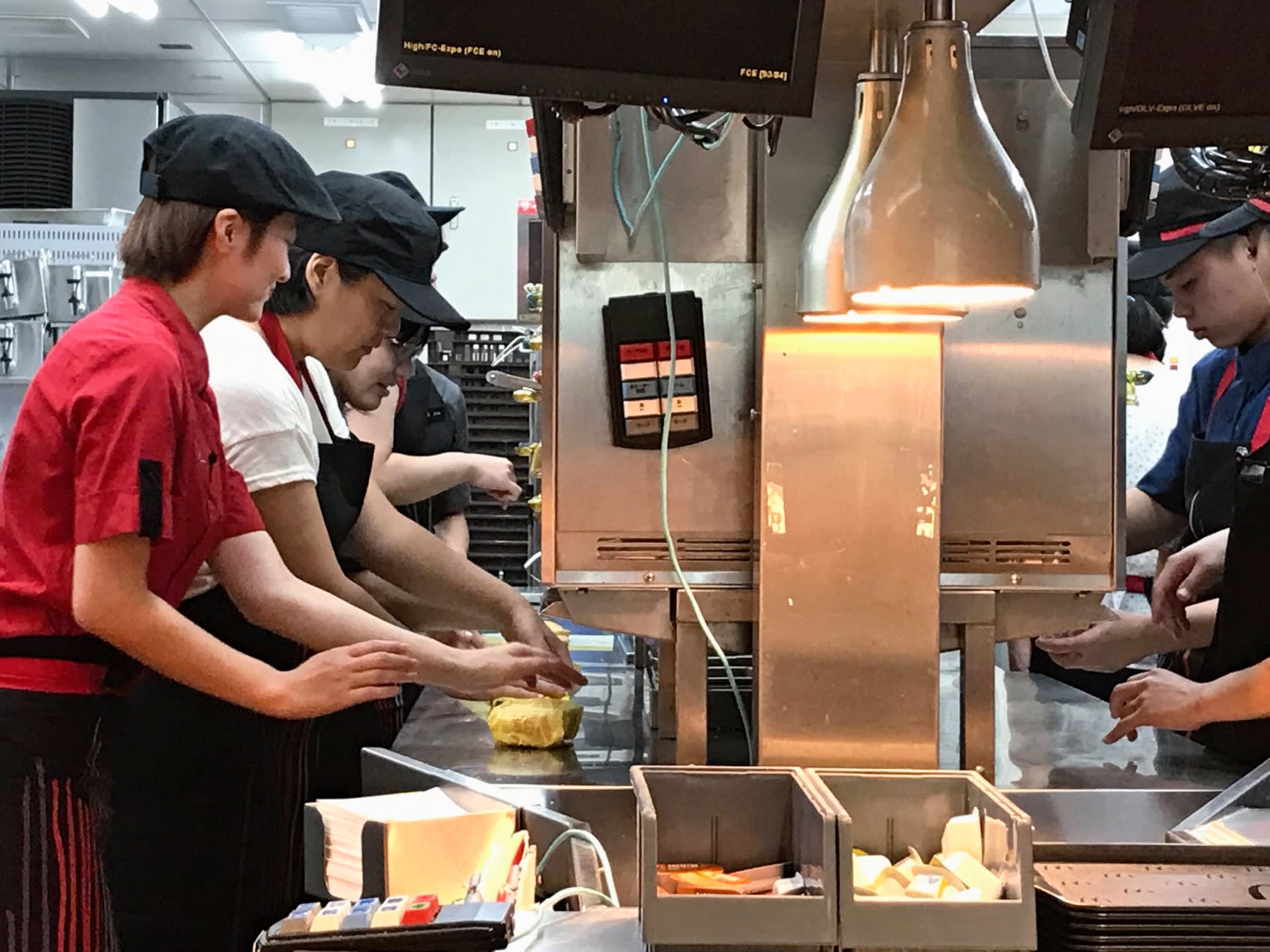 TOKYO -- McDonald's Japan is seeking out homemakers to staff its fast-food eateries as it expands anew following a chicken scandal three years ago.

Sales at existing stores have increased for 20 straight months, and lines are lengthening as customers flood the eateries. Mothers seeking limited or flexible hours so they can balance work and family responsibilities are seen as key to coping with an expected shortage of labor.

The McDonald's Holdings (Japan) unit is holding workshops to let potential hires experience work at 2,900 restaurants across Japan for two months through Oct. 31, with homemakers as the main target.

At a session in Tokyo's Nakano district Tuesday, a 32-year-old mother asked whether she could work short hours because her child is still in kindergarten. She was relieved to learn that she could have a schedule tailored to her family obligations.

McDonald's Japan held similar workshops in the spring, which led to hiring 28,000 workers. But most of the applicants then were students. This time around, the company is focusing on homemakers and wants to hire tens of thousands.

McDonald's Japan has long sought to create a workplace friendly to homemakers. Employees can work as little as two hours per week, and they can set flexible shifts. Parents may take time off for summer vacations with children as well.

Nearly 30,000 homemakers already work for McDonald's under such terms, but Atsuko Cho, who heads the human resources department, says "more people should be able to work" for the company.

Because of mass hiring of high-school and college students in the 1980s and 1990s, McDonald's in Japan has come to be seen as a workplace for youth. Now the company is trying to change that image.

Two years have passed since McDonald's Holdings (Japan) suffered its biggest net loss ever of 34.9 billion yen ($320 million at the current exchange rate) following the 2014 scandal of using expired chicken from a Chinese supplier. The company recovered swiftly by closing some locations and renovating others, combined with the release of several new products and aggressive marketing.  It is now projecting a record net profit of 20 billion yen in the current year through December.

While bolstering existing stores, the company seeks to shift gears to expansion starting next fiscal year. And to stay on the offensive, a larger workforce is essential.

Cho says the company has not felt shortages of labor so far, but a 30-something office worker noted that wait times are increasing as the restaurants become more crowded.

McDonald's aims to deliver food within 55 seconds of an order. Labor shortages could lead to slowdowns that drive customers away.

"We have to continue securing personnel in order to ensure growth," Cho stressed.

Having homemakers on staff is expected to help draw more family customers as well. Securing enough of these women as targeted, amid competition for labor from retailers like convenience stores, will be a prerequisite for a recovery that President Sarah Casanova admits is still incomplete.