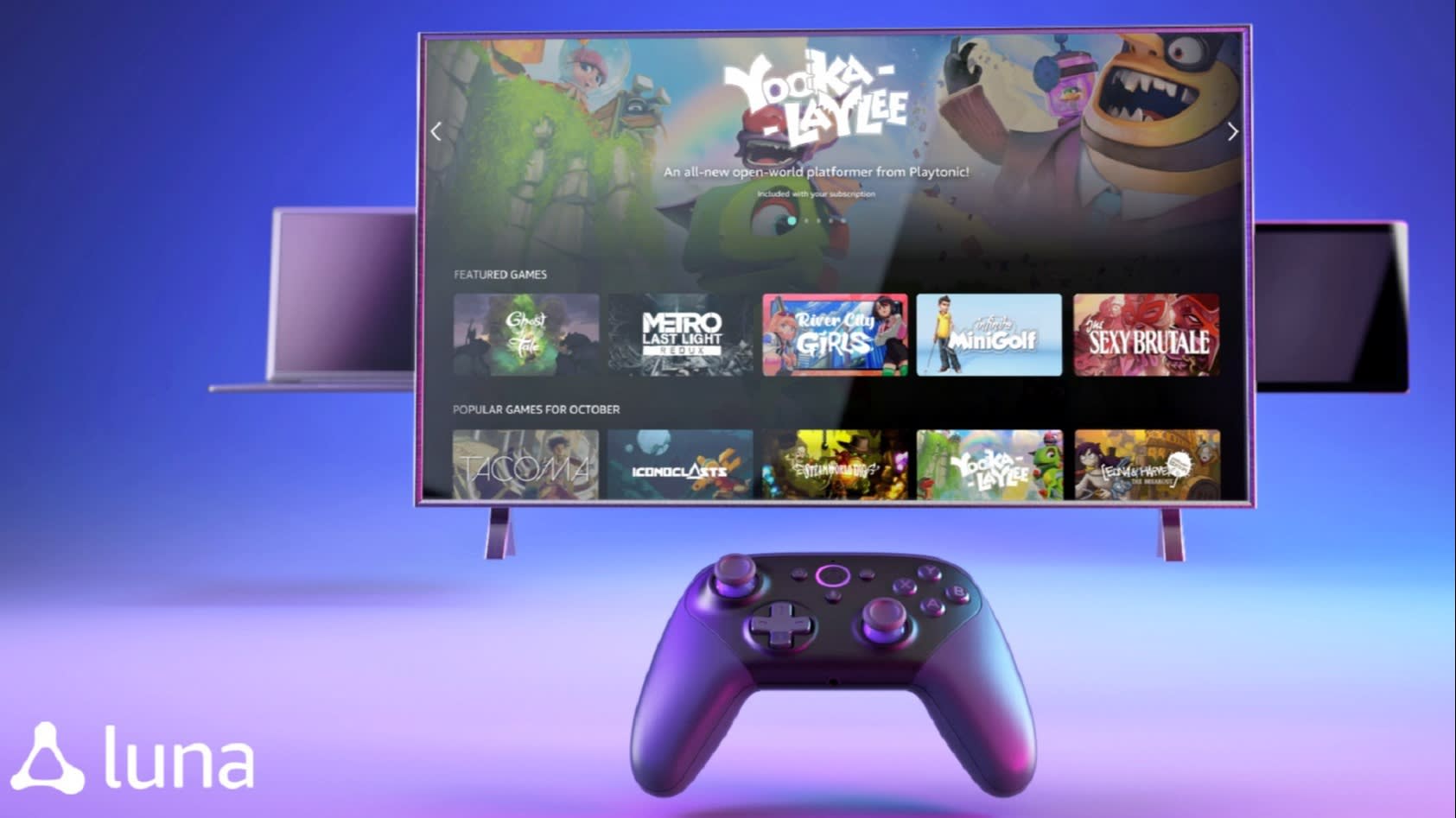 TOKYO -- Amazon is launching a cloud-based gaming service, the company said on Thursday, joining major game publishers like Sony, Microsoft and Google in a move that could intensify the race to create a "Netflix for gaming" business.

Amazon's new service, Luna, will be available in the U.S. for $5.99 a month during its early access phase and will give subscribers over 100 titles to play from its Luna Plus channel. The company aims for a public launch in the first half of 2021.

The announcement comes amid renewed attention on the gaming industry as the spread of the coronavirus has led to a surge in consumer demand for games as a means of home entertainment.

Cloud gaming has also gained momentum in recent years as gamers turn hopeful that cloud technology and the development of fifth-generation wireless networks will enable them to stream, rather than download, games.

Amazon is the latest tech giant to join the fray and will be competing with services such as Google's Stadia, Microsoft's xCloud and Sony's PlayStation Now.

Sony was an early entrant, with the Japanese conglomerate rolling out its cloud gaming subscription service PS Now back in 2015.

While the company has been gearing up for the launch of its next-generation console, PlayStation 5, which will go on sale Nov. 12 for $499, Sony has also been pushing its cloud service to grab user attention. The service has been slow to grow, however, with just over 2 million users as of the end of April.

Last year it slashed its PS Now subscription price to $9.99 a month from $19.99 in a bid to compete with rivals like Google and Microsoft. The company also beefed up the service by adding games to attract more players. Sony will debut its next-generation gaming console PlayStation 5 on Nov. 12 for $499, setting up a head-to-head battle with Microsoft and its latest version of the Xbox.(Photo courtesy of Sony)

In an interview with the Nikkei Asian Review last week, Jim Ryan, president and CEO of the game unit Sony Interactive Entertainment, said, "It's probably certain that at some stage, the cloud will assume a meaningful role in the way games are distributed and enjoyed."

Microsoft, ahead of the release of its next-generation gaming console, Xbox Series X, added its xCloud service to its popular game subscription service Xbox Game Pass, which has over 10 million users. The new Game Pass Ultimate will allow gamers to play from a wide selection of games for $14.99 per month, with the option to stream the games.

Dutch research company Newzoo estimates that the market for cloud gaming will triple from last year to generate revenues of $585 million by the end of this year and is on track to be worth $4.8 billion by 2023.

"Streaming games via the Internet is disrupting the games market, echoing how video-streaming disrupted the movie and television markets," Newzoo noted, adding that COVID-19 could boost consumer interest in cloud gaming as more people stay at home. "Cloud gaming allows for high-fidelity game experiences without expensive hardware, leading many to dip their toe into the exciting world of playing via the cloud."

In China, Tencent has been strengthening its presence by soft-launching its Tencent Start cloud gaming service with popular PC titles in areas like Beijing and Shanghai. The company has teamed up with Nvidia; the U.S. chipmaker will provide its GPU technology to Tencent to use in its cloud gaming service.

The ability to offer unique and fun software and maintain a wide selection of titles will be crucial for game publishers to attract more players to their cloud gaming platform.

Nintendo's smash hit Animal Crossing: New Horizon, which has sold over 22 million copies since its release in March, is proof that consumers are looking for interesting games and are willing to purchase expensive consoles to play them.