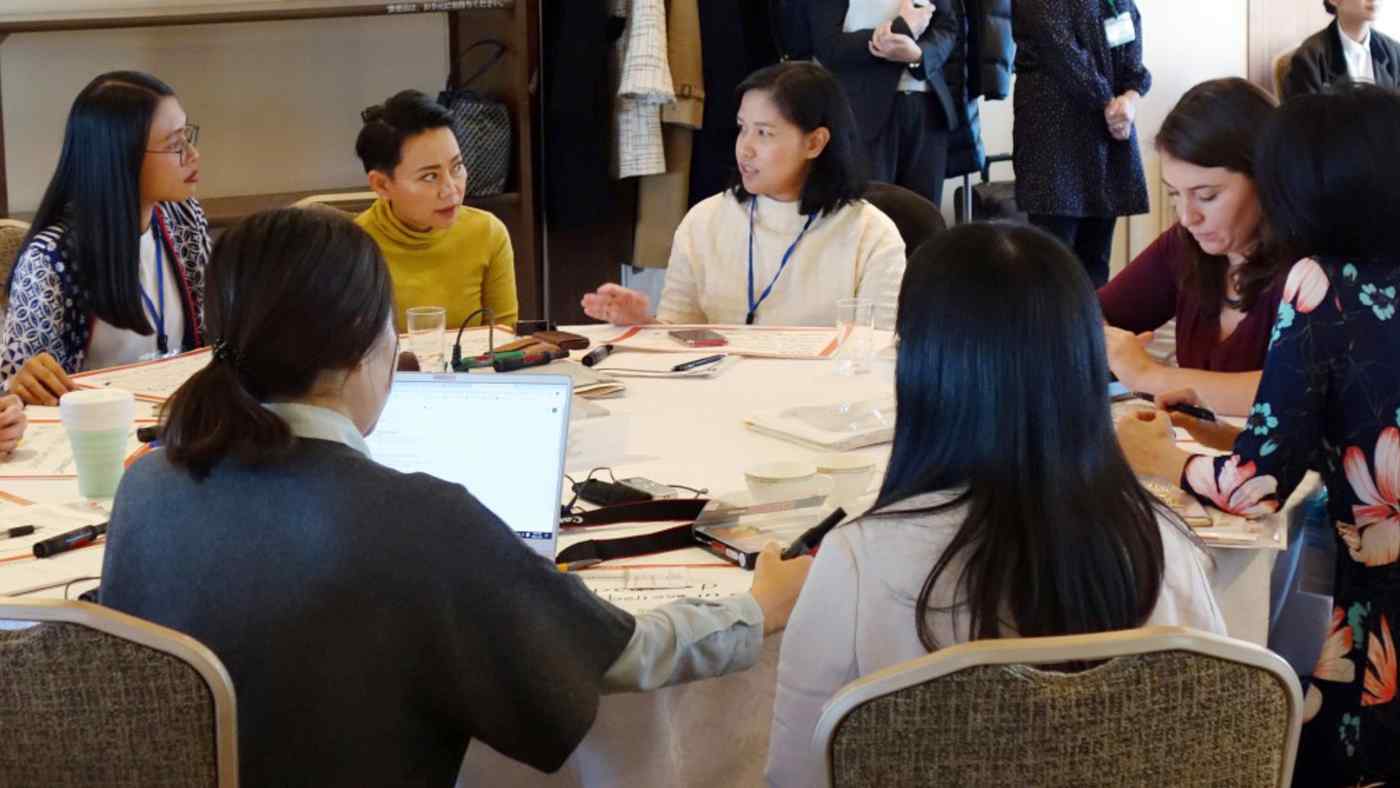 Female journalists from around Asia discuss the role of women in the industry during a Dec. 3 meeting in Tokyo.
MARIKO HIRANO, Nikkei staff writerJanuary 1, 2020 06:08 JST | Japan
CopyCopied

TOKYO -- In early December, 30 female journalists from 12 countries and regions throughout Asia gathered in Tokyo for an event sponsored by Japan's Cabinet Office to discuss diversity in news coverage.

Many in the media industry are realizing that diversity in the newsroom is critical to good journalism. The interaction of editors and reporters with different backgrounds and viewpoints helps produce broader and more accurate coverage. But women have long trailed men in terms of representation at media companies.

Only 33% of full-time reporters were women, found a 2011 survey of 522 companies in 59 countries by the International Women's Media Foundation, a U.S.-based nongovernmental organization. The global share of female reporters has changed since then, but they still have not achieved parity with men.

Asia and Oceania stood out as being particularly behind the curve. In those regions, only 1 in 5 people working in media was a woman. And while women accounted for about half of management positions at U.S. and European companies, in Asia and Oceania that figure was 12.9%, and only 27% of reporting positions, according to the IWMF report.

Restrictive working hours were the most common reason women said it was difficult for them to advance at work. Chasing breaking news requires working long hours, making advancement difficult for women, who still perform the majority of household work and child care. 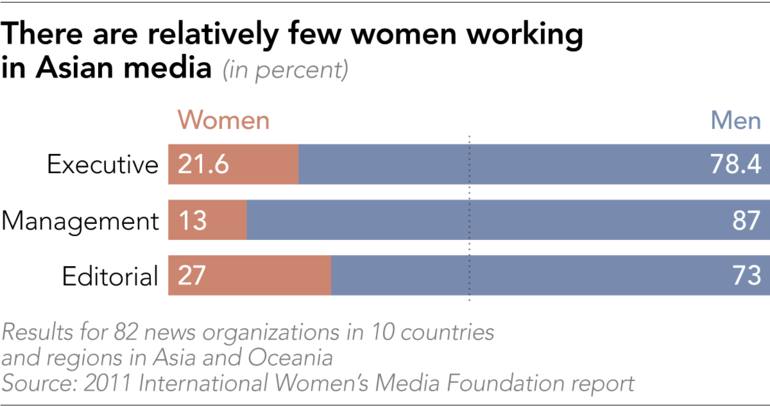 At the meeting in Tokyo, female journalists gave voice to these frustrations. "I can't take time off from my job, so sometimes I bring the child to work with me," said a reporter at a financial newspaper in the Philippines who was taking care of a relative's child.

"If we don't change things at the company, and in society more broadly, the situation isn't going to get any better," said a woman who works at a Hong Kong TV station while raising two children.

Singapore is an exception to the rest of the region. It is common to employ housekeepers there, which allows women the freedom to continue to advance their careers.

At The Straits Times, a Singaporean English-language newspaper, eight of the 12 editorial writers are women. One of them, while raising three children, covered international politics, the environment and social issues.

"I really received a lot of support from the company," she said. "But it won't matter how many support systems we have if we don't change the common thinking in society."

She recently has been focusing on medical and science news. "Many of the researchers are men, which makes me wonder if that skews the results," she said. "I really want to dig into how the differences between men and women affect the news."

Sexual harassment at Singapore's universities has become a major topic of public conversation after a recent scandal in which an incident at a public university was covered up. If media organizations had more female editors, this kind of news might receive greater priority.

Many participants at the event in Tokyo agreed that they had been assigned to education or health coverage because they were women. They also agreed that the views of female reporters and editors are necessary in political and economic coverage. Some said that more opportunities for education in graduate school would help them build strong careers that would not be impacted by major life events.

"If we can broaden our network of female reporters overseas, we may be able [to] take on bigger issues," said a participant from Malaysia.

In the digital era, when media companies are focused on gaining more readers and viewers, "many lose sight of the fact that journalists' goal is to improve society," said Kaori Hayashi, a professor at the University of Tokyo and moderator of the event. "As women, you're aware of this, and you can shine light into the cracks of society."