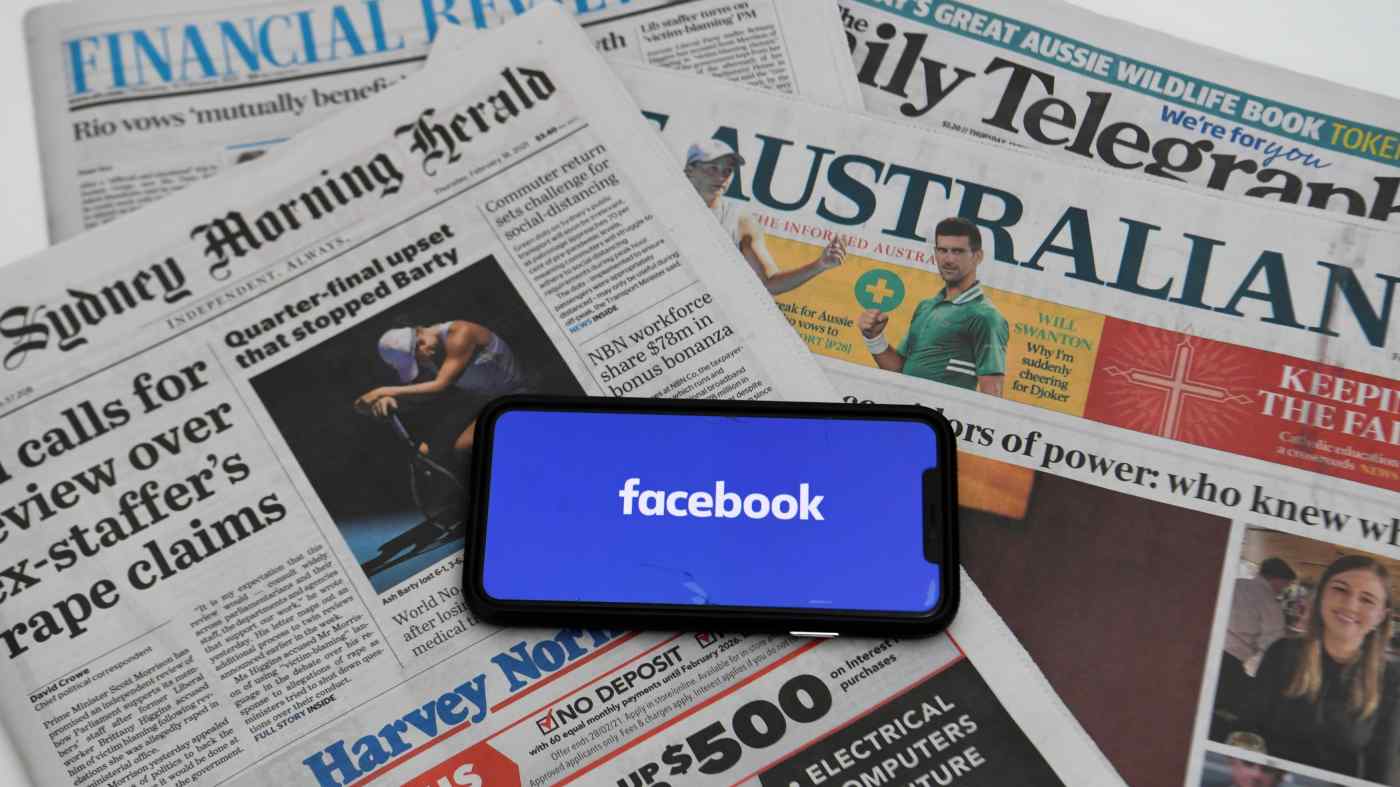 Australian Prime Minister Scott Morrison told reporters on Friday that "what Australia will do here is likely to be followed by many other Western jurisdictions."   © Reuters
February 19, 2021 11:26 JSTUpdated on February 19, 2021 16:07 JST | Australia
CopyCopied

SYDNEY (Reuters) -- Australian Prime Minister Scott Morrison vowed on Friday to press ahead with laws to force Facebook Inc to pay news outlets for content, saying he had received support from world leaders after the social media giant blacked out all media.

Facebook stripped the pages of domestic and foreign news outlets for Australians and blocked users of its platform from sharing any news content on Thursday, saying it had been left with no choice ahead of the new content laws.

Morrison, who blasted Facebook on its own platform for "unfriending" Australia, said on Friday the leaders of Britain, Canada, France and India had shown support.

"There is a lot of world interest in what Australia is doing," Morrison told reporters in Sydney.

"That is why I invite ... Facebook to constructively engage because they know that what Australia will do here is likely to be followed by many other Western jurisdictions."

Canadian Heritage Minister Steven Guilbeault said late on Thursday his country would adopt the Australian approach as it crafts its own legislation in coming months.

The Australian law, which will force Facebook and Google to reach commercial deals with Australian publishers or face compulsory arbitration, has already been cleared by the federal lower house and is expected to be passed by the Senate within the next week.

"We talked through their remaining issues and agreed our respective teams would work through them immediately. We'll talk again over the weekend," Frydenberg said in a tweet.

In its statement announcing the move in Australia, Facebook said the Australian law "misunderstood" its value to publishers. Frydenberg earlier told the Australian Broadcasting Corp that "there is something much bigger here at stake than just one or two commercial deals. This is about Australia's sovereignty".

Facebook and Alphabet Inc owned Google had campaigned together against the laws with both threatening to withdraw key services from Australia if the laws took effect.

Google, however, announced a host of preemptive licencing deals over the past week, including a global agreement with News Corp.

Facebook's move had an immediate impact on traffic to Australian newsites, according to early data from New York-based analytics firm Chartbeat.

Total traffic to the Australian news sites from various platforms fell from the day before the ban by around 13% within the country and by about 30% outside the country, the Chartbeat data showed.

Similarly, traffic to the Australian news sites from Facebook alone plummeted from around 21% to about 2% within Australia, and from around 30% to about 4% outside the country.

"Definitely referral traffic was nonexistent ... while at the same time direct traffic to our websites was up in double digits," he told the inquiry.