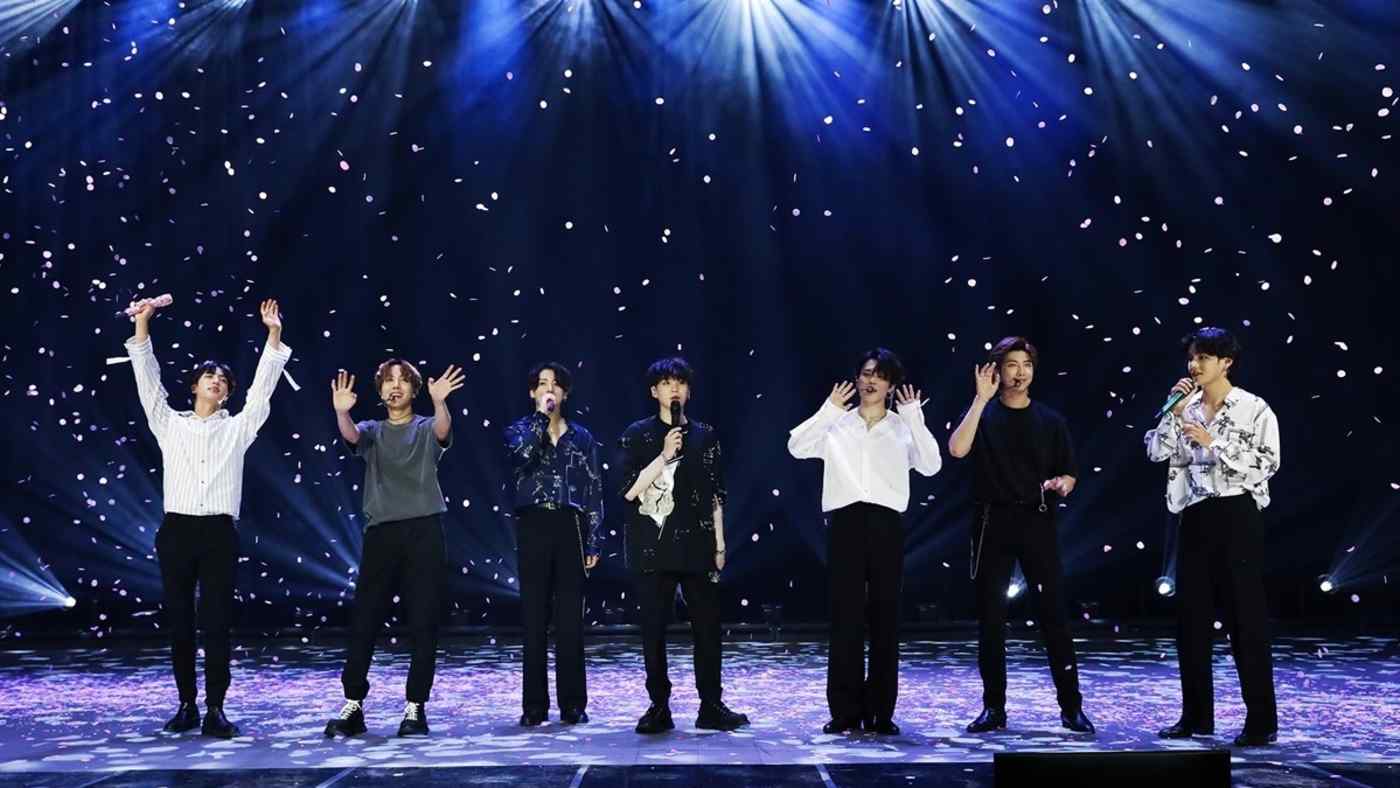 SEOUL -- South Korean exports of popular music are soaring on the global success of K-pop artists like BTS.

The country's exports of music CDs and DVDs nearly doubled on the year to $171 million in the first 11 months of 2020, government data shows.

Physical music media produced in South Korea was shipped to 110 countries and regions over this period. Japan was the largest market, seeing a 63% jump in sales to $60.5 million, while the U.S. -- where BTS spent weeks at the top of the Billboard Hot 100 singles chart this year -- ranked second at $57 million, nearly triple the year-earlier figure. China and Taiwan ranked high on the list as well.

The figures exclude revenue from downloads or streaming, the main way that most listeners consume music. Overall exports of music content -- including online downloads -- totaled $640 million in 2019, according to the Korea Creative Content Agency, and the total likely surged this year.

The coronavirus pandemic appears to have contributed to higher sales of physical media, thanks to smart online strategies.

With live events on hold around the world, K-pop artists quickly found success with paid internet concerts, helping to spur disc sales. SM Entertainment, the company behind such big names as TVXQ and Girls' Generation, began holding online performances in the spring, and a BTS concert in October drew more than 990,000 paying viewers.