Caixin removed from roster of outlets approved for online republishing 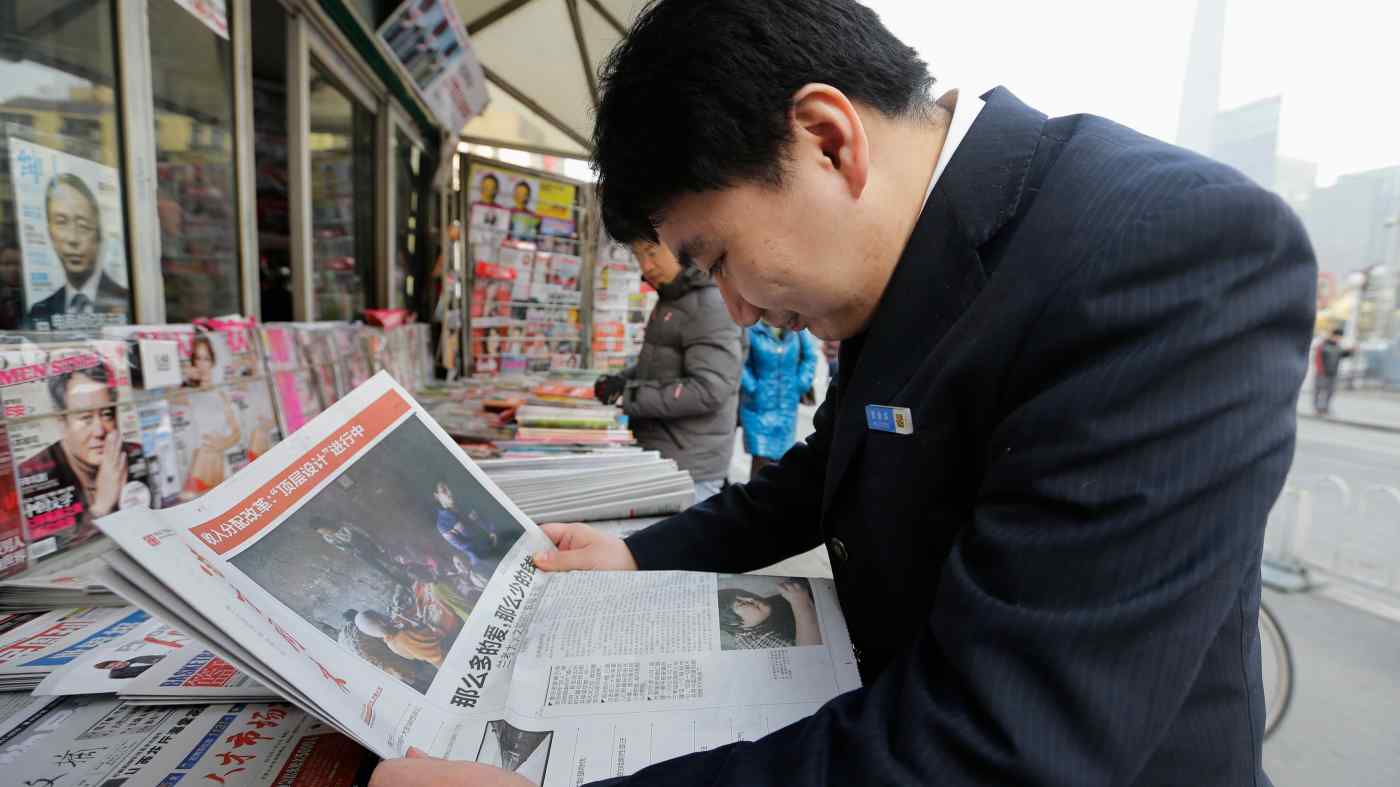 A newsstand in Beijing. The government on Wednesday expanded its list of which news outlets can have articles republished online.   © Reuters
SHUNSUKE TABETA, Nikkei staff writerOctober 21, 2021 10:54 JST | China
CopyCopied

BEIJING -- China's top internet regulator updated its list of approved media sources, giving the government a greater voice and control over how news is disseminated.

Online information providers are now allowed to republish pieces from 1,358 internet news outlets named by the Cyberspace Administration of China. The roster is quadruple the size from the previous version published in 2016.