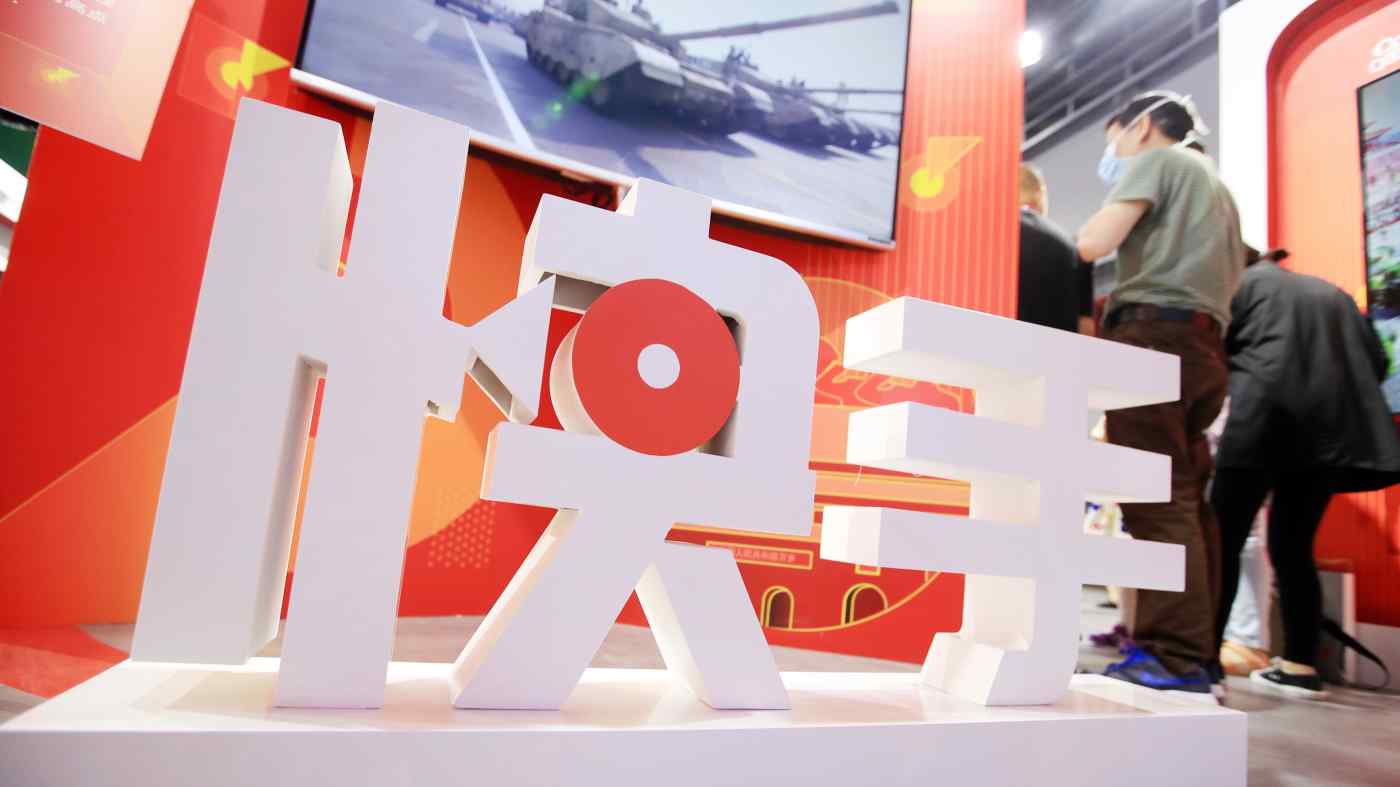 HONG KONG -- Kuaishou Technology, operator of China's second-largest short-video app, has filed for an initial public offering in Hong Kong in an effort to build up its war chest as competition for viewers intensifies in the lucrative market.

Backed by technology conglomerate Tencent Holdings, Kuaishou is a major competitor of Douyin, the domestic counterpart of TikTok within ByteDance's corporate umbrella.

Nikkei Asia reported in September that Kuaishou was seeking a $5 billion IPO that would value the company at around $50 billion. The prospectus filed by the company late Thursday does not include fundraising target.

ByteDance also has a plan to list part of its businesses in Hong Kong, according to Bloomberg.

Kuaishou generates most of its revenue from viewers who purchase virtual gifts from its platform to present to the hosts of livestreaming programs to show their support and appreciation. The IPO filing comes as Beijing is seeking to restrain overspending on livestreaming rewards.

With people spending an increasing amount of time at home during the coronavirus pandemic, short-video platforms like Kuaishou and Douyin have seen their viewing audience grow significantly.

In the first half of the year, Kuaishou's daily active user count grew nearly 50% from the end of 2019 to reach 257.7 million, according to the company's prospectus.

Active viewers spent an average of 85 minutes a day on Kuaishou's app during the period, a 14% increase from last year's average. By comparison, Douyin saw its daily active users reach 600 million in August, up from 400 million in January, according to its executives.

However, the increase in Kuaishou viewers has come at great cost. The nine-year-old company more than quadrupled its spending on promotions and advertising to 13.3 billion yuan ($2 billion) in the first six months of the year, from just 2.8 billion yuan in the same period last year.

Kuaishou said expenses surged because it continued to grow its user base and enhance brand awareness.

"As we continue to acquire and retain users, we expect our selling and marketing expenses will continue to be a meaningful portion of our expenses," it said in the prospectus. Expenses as a percentage of revenue are expected to decrease in the future as it improves operational efficiency, it said.

While Kuaishou generates most of its revenue through the sale of virtual gifts during livestreaming, its online marketing services aimed at helping advertisers increase exposure on its platform are expanding quickly. Revenue from that segment more than tripled to 7.2 billion yuan in the first half and contributed to 28% of the company's total revenue, up from 19% in 2019.

Kuaishou also is counting heavily on growing returns from e-commerce. Though the segment now accounts for less than 1% of total revenue, the company has been heavily subsidizing customer purchases.

The company recorded a net loss of 68.09 billion yuan in the first half of 2020 due to a 61.24 billion yuan increase in its potential cost to redeem convertible preferred shares issued to investors in its previous funding rounds.