China's movie industry won't surpass US in 2020 after all: report 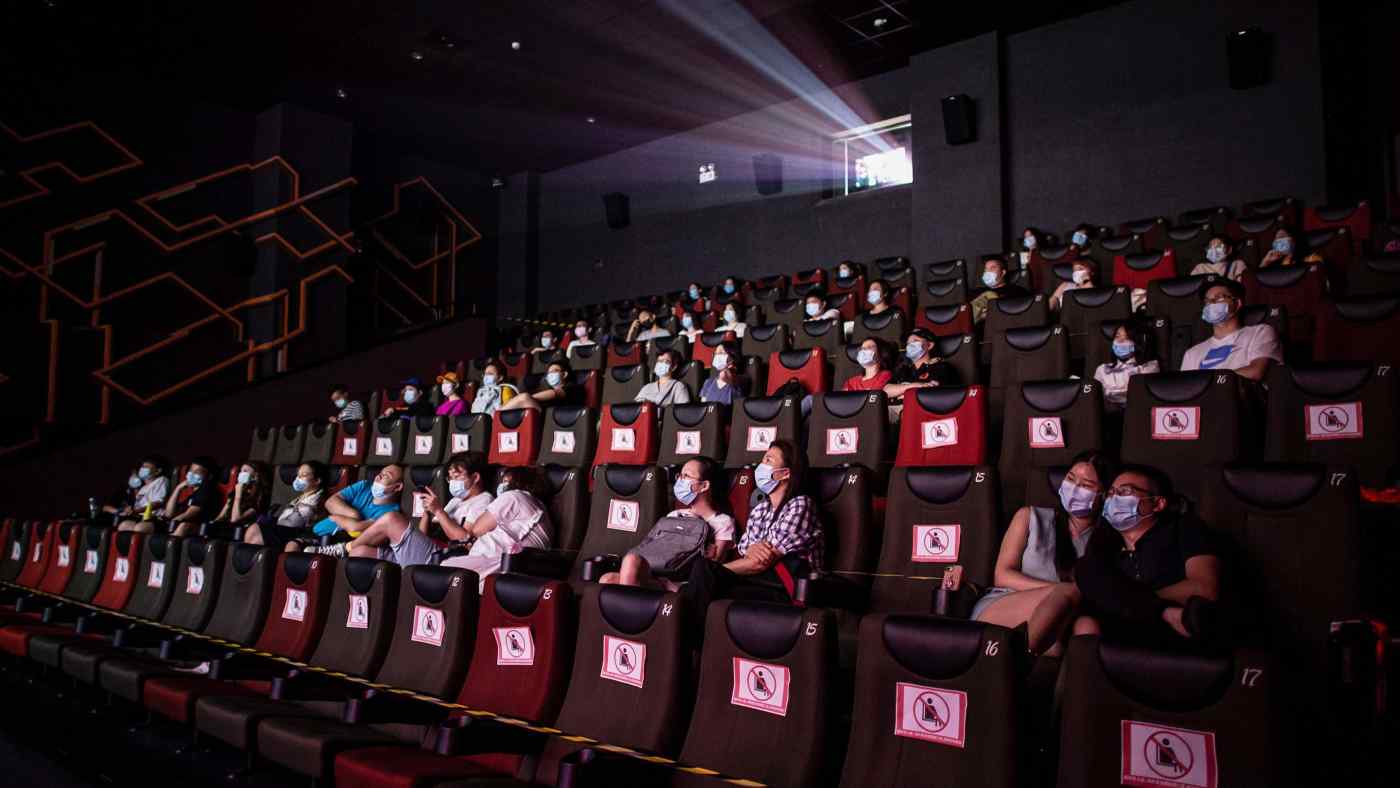 NEW YORK -- China's box office, originally projected to become the world's biggest in 2020, will remain in the shadow of the U.S. for a few more years, according to a recent report.

The COVID-19 pandemic will severely affect China's overall growth trajectory, and total cinema revenues will shrink 4.8% on average each year through 2024, according to a report released this month by PwC. The consultancy forecasts that the U.S. will remain the largest cinema market for at least the next five years, with total revenue reaching $10 billion in 2024, compared to $8.1 billion for China.

Although the pandemic has shaved revenue off the film markets in both countries, the U.S. will weather the damage better than China because growth in the American market is driven by major film projects, while in China it is fueled by the expansion of physical theaters, according to PwC. China's cooling economy, the pandemic and tightening censorship have all combined to squeeze the country's film industry.

"When we look at China in a [pandemic] environment, not only are they dealing with the same things that are happening in the U.S., where you have fewer theaters open [and] reduced capacity, but the theatrical companies have reduced investment capital," CJ Bangah, an analyst at PwC, told the Nikkei Asian Review. "And they don't have the same amount of money to fund capital infrastructure investments."

The COVID-19 outbreak has put over 13,000 Chinese film and television companies out of business, according to Chinese state media CGTN.

Bangah said PwC originally predicted China would overtake the U.S. because of the continued and rapid openings of new theaters and added screens in the country, on top of its already massive box office. The post-pandemic economy, however, may not allow Chinese entertainment companies to keep expanding at the same rate as before.

"I think what we've seen playing out in the market is the priority for all companies, particularly entertainment companies and definitely cinema organizations, is to try and protect as much as [possible] their current businesses," Bangah said. This means possibly putting expansion plans "on the back burner while they try to stay in business and avoid bankruptcy," he added.

In addition to the economic factors, the tightening grip of the Chinese government on entertainment is making it even more difficult for film companies to survive. Producers and investors have become much more careful in their choice of projects, but there have still been a number of movies pulled from release at the last minute, such as "The Eight Hundred," "One Second" and "The Hidden Sword."

Tiptoeing around the "red line" of censorship has led to the release of more overtly patriotic films in recent years. Such movies tend to be commercial, if not always critical, successes.

When the World War II epic "The Eight Hundred" was finally released in late August after a year of delay, hopes were high that it would help fill seats in China's recently reopened theaters. The film raked in over $8 million domestically during its opening weekend, according to Box Office Mojo, and garnered a 7.7 out of 10 rating on Chinese movie review website Douban. "The Eight Hundred" has since enjoyed a box office boom, raking in nearly $430 milllion in its first month to become the world's top-grossing film so far this year.

"My People, My Country," a 2019 patriotic film that also earned a 7.7 rating on Douban, had an opening-weekend box office of over $101 million in China alone. The movie's gross worldwide box office is roughly $450 million, according to Box Office Mojo.

But despite some big releases, the Chinese film industry has been struggling financially for a number of years due to the country's cooling economy and a reshuffling of companies caught up in a tax scandal. The pandemic has only exacerbated those underlying woes.

And as more companies collapse, the diversity of content is shrinking as well.

"We are seeing a redistribution in the market where a lot of smaller firms are failing because of the pandemic," said Aynne Kokas, author of "Hollywood Made in China" and a media studies professor at the University of Virginia. "Larger Chinese studios tend to be more conservative in their choices."

"However, because of the declining relations between the U.S. and China, domestic films are essential for the long-term health of the Chinese box office," Kokas added.

As the Chinese Communist Party prepares to celebrate its 100th anniversary next year, even more patriotic films are expected to hit theaters. It remains to be seen, however, whether such crowd-pleasing offerings will be enough to return China's cinema market to its former glory.