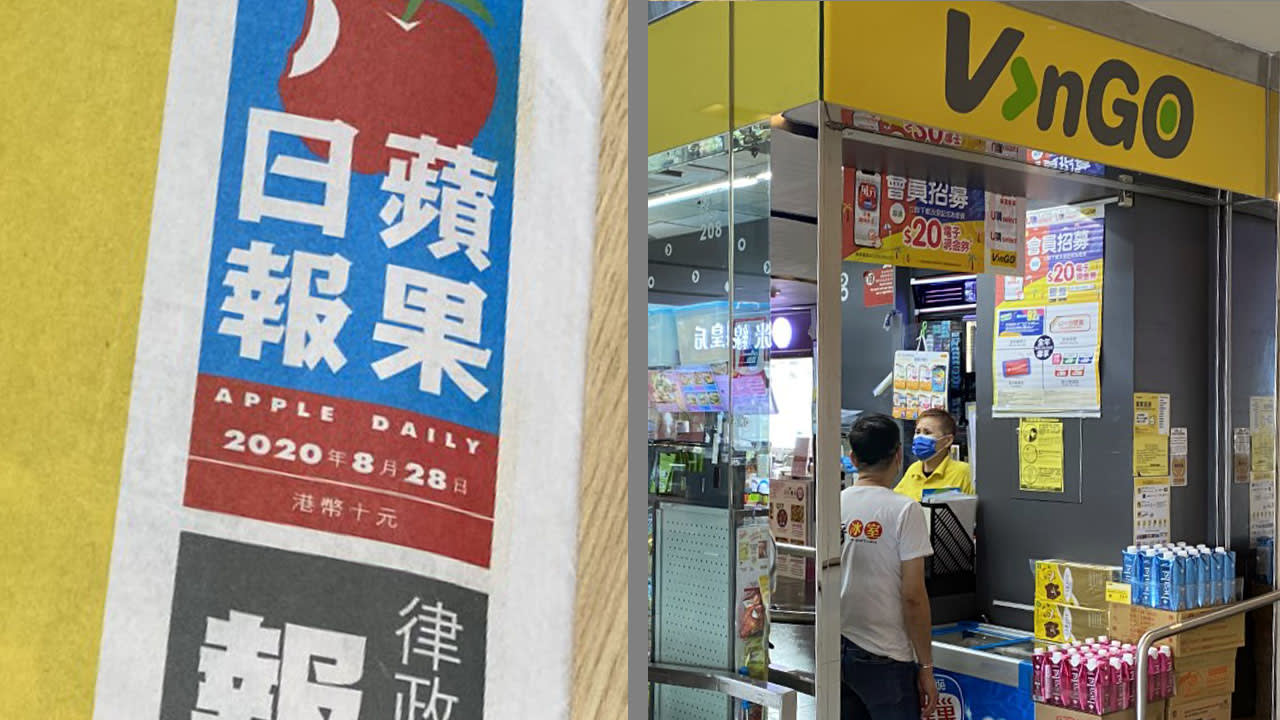 HONG KONG -- A Chinese state-owned retailer in Hong Kong has pulled the pro-democracy Apple Daily newspaper off its shelves as of Friday.

The convenience store VanGO, a unit of the large-scale Beijing-backed conglomerate China Resources Group, told the Nikkei Asian Review in an email that the move was a "regular business decision of [the] company."

However, pro-democracy activists and some netizens are criticizing the move as another pressure on the city's news media. Apple Daily is known for its critical stance against mainland China authorities and the Hong Kong government.

The paper, published by Next Digital, was founded by Jimmy Lai, a prominent pro-democracy entrepreneur. He is now facing multiple criminal charges for allegedly being in violation of Hong Kong's new national security law, which Beijing imposed on the territory in June. Lai was arrested earlier this month, but was released on bail a day later.

Apple Daily said that until Thursday, about 30 VanGO stores in Hong Kong carried approximately 1,000 copies of the newspaper on their shelves each day, but that Friday's issue was not being accepted by the retailer. A Nikkei reporter visited three VanGO outlets in Hong Kong on Friday morning and confirmed that the newspaper was not available.

Shopkeepers at two of the stores said they were "all sold out" on Friday, but another employee said that for an "unknown" reason copies of Friday's paper did not arrive at the shop. She referred the matter to VanGO's management for clarification.

Emily Lau, a former lawmaker and journalist, told Nikkei that the decision to stop selling Apple Daily was "disgraceful and outrageous, [as] Hong Kong is supposed to be a free and vibrant city, encouraging competition and creativity. It's so upsetting to see a very popular newspaper being banned."

Other supporters of Apple Daily criticized the move and took to VanGO's official Facebook page to express their thoughts. One writer said the Chinese state-owned enterprise has imposed a "blockade" against the newspaper, while another called for sanctions against the retailer. Those comments were later deleted.

VanGO is operated by China Resources Vanguard, the retail arm of China Resources Group. The group is one of the 97 so-called central companies, elite state-owned conglomerates directly controlled by the central government. According to its website, the group owned assets valued at 1.618 trillion yuan ($234.88 billion) at the end of last year. Its revenue for the period was 654.6 billion yuan and it posted a net profit of 51.1 billion yuan, growing by 7.6% and 13.2%, respectively, compared with a year earlier.

Separately, a court in Hong Kong said it would deliver a verdict next Thursday in a case against Lai in which the media tycoon is accused of intimidating a reporter from a rival newspaper, Oriental Daily.