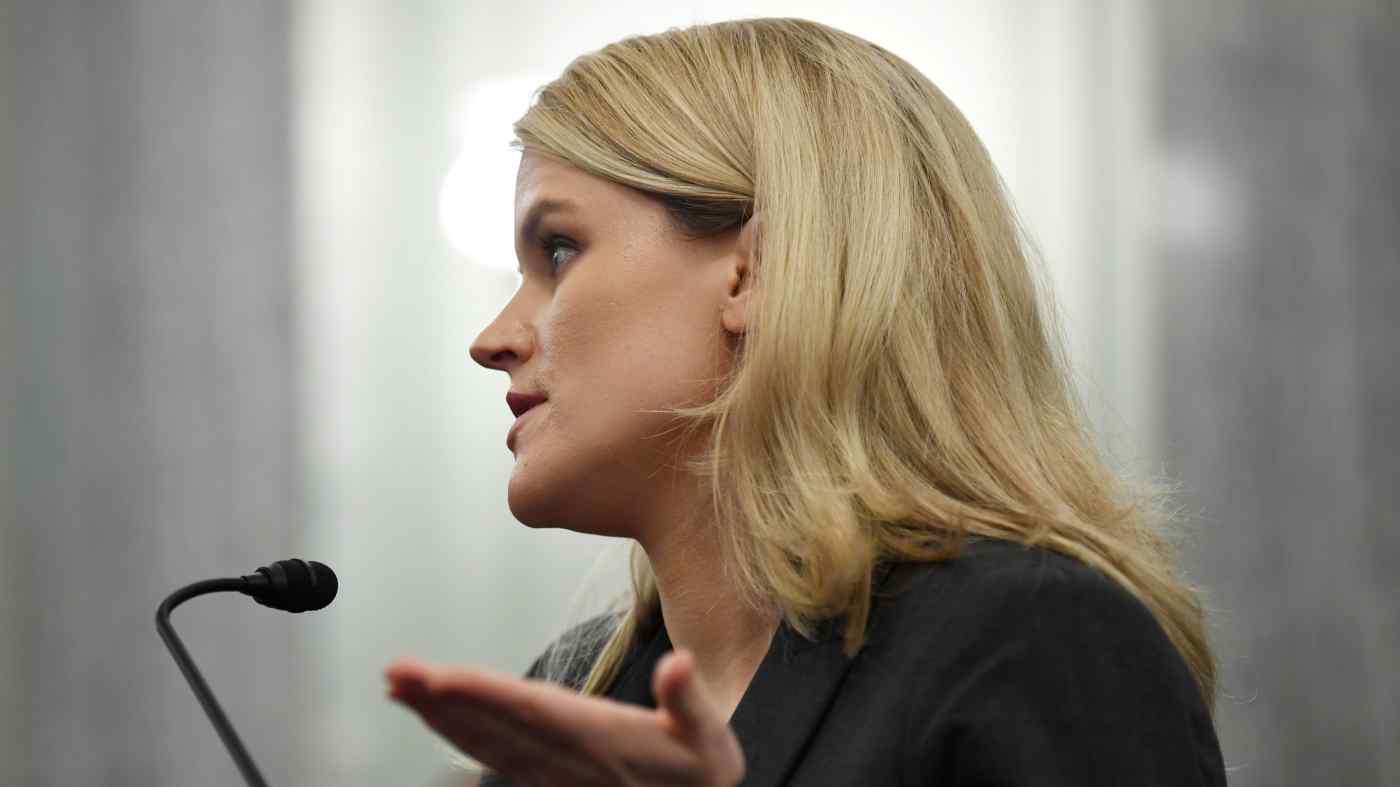 During a Senate Commerce subcommittee hearing, whistleblower Frances Haugen called for transparency about how Facebook entices users to extend their stay on the site, giving them ample opportunity to advertise to them.

"As long as Facebook is operating in the shadows, hiding its research from public scrutiny, it is unaccountable," said Haugen, a former employee of the nearly $1 trillion company who turned whistleblower.

"The company’s leadership knows how to make Facebook and Instagram safer, but won’t make the necessary changes because they have put their astronomical profits before people. Congressional action is needed," Haugen said.

In an era when bipartisanship is rare in Washington, lawmakers from both parties excoriated the company, illustrating the rising anger in Congress with Facebook amid numerous demands for legislative reforms.

Senator Dan Sullivan, a Republican, said he was concerned about how Facebook and subsidiaries like Instagram affected the mental health of children. "I think we're going to look back 20 years from now and all of us are going to be like 'what the hell were we thinking?'"

Haugen revealed she was the one who provided documents used in a Wall Street Journal investigation and a Senate hearing on Instagram's harm to teenage girls. She compared the social media sites to addictive substances like tobacco and opioids.

He called for Zuckerberg to testify before the committee, and for the Securities and Exchange Commission and Federal Trade Commission to investigate the company.

"Our children are the ones who are victims. Teens today looking in the mirror feel doubt and insecurity. Mark Zuckerberg ought to be looking at himself in the mirror," Blumenthal said.

Blumenthal said after the hearing that he would want to ask Zuckerberg why he rejected recommendations to make the company's products safer for users.

Despite the criticism, Facebook's share price was up 2.2% at $333.43 in the mid-afternoon on Tuesday.

Coming a day after Facebook suffered an hours-long outage, Haugen pointed to the breakdown in her testimony: "For more than five hours Facebook wasn't used to deepen divides, destabilize democracies and make young girls and women feel bad about their bodies."

As lawmakers criticized Facebook and Zuckerberg, the company's spokespeople fought back on Twitter, arguing Haugen did not work directly on some of the issues she was being questioned on.

Haugen, a former product manager on Facebook's civic misinformation team, left the company with tens of thousands of confidential documents.

Senator Marsha Blackburn, a Republican, accused Facebook of turning a blind eye to children below age 13 on its sites. "It is clear that Facebook prioritizes profit over the well-being of children and all users," she said.

Lena Pietsch, a Facebook spokeswoman, disputed Haugen's knowledge of the company's inner workings. "We don't agree with her characterization of the many issues she testified about," Pietsch said in a statement.

Last week, Antigone Davis, Facebook's global head of safety, defended the company in front of Congress and said that it was seeking to release additional internal studies in an effort to be more transparent about its findings.

Senator Maria Cantwell, chair of the Commerce Committee, said she would write a letter to Facebook to insist that it not delete documents related to Myanmar's persecuted Muslim minority Rohingya. An aide said she would ask for broader retention of documents.

Haugen said she would encourage "oversight and public scrutiny" into how the content algorithms work and the consequences of them. She suggested creating a dedicated body within the federal government to oversee social media companies.

Blumenthal said that he might want to hold an additional hearing to discuss national security issues related to Facebook.

Haugen said Facebook had also done too little to prevent its site from being used by people planning violence.

Facebook was used by people planning mass killings in Myanmar and the Jan. 6 assault on the U.S. Capitol by supporters of then-President Donald Trump who were determined to toss out the 2020 election results.

Senator Edward Markey, speaking to the absent Zuckerberg, said during the hearing: "Your time of invading our privacy, and preying on children is over. Congress will be taking action."

Throughout the hearing lawmakers referred to Zuckerberg as going sailing instead of facing his responsibilities. The CEO this weekend posted a video taken with the company's new smart glasses of his wife in a boat.