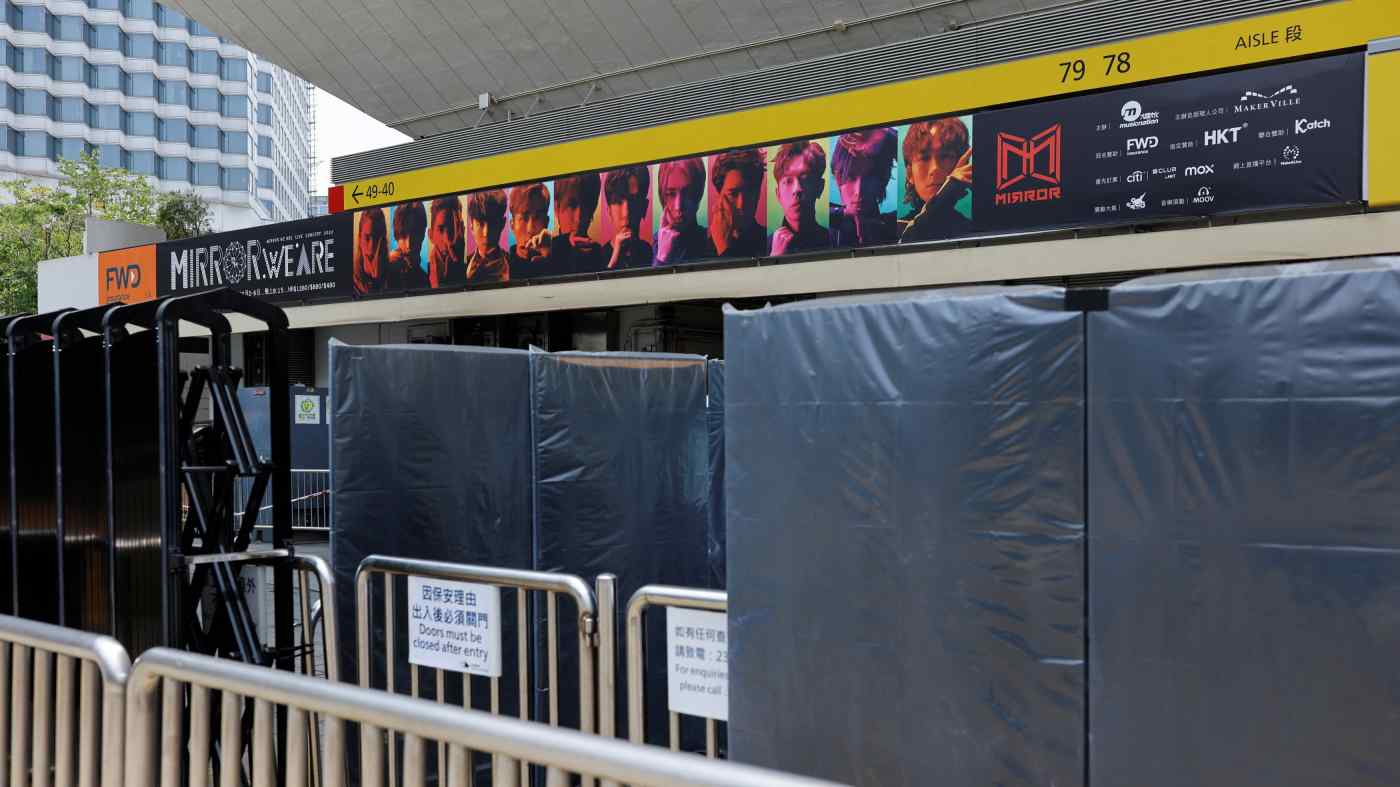 Barriers have been erected outside Hong Kong Coliseum after a giant video panel fell onto the stage during a concert by Hong Kong boyband Mirror, in Hong Kong, China, on July 29.   © Reuters
July 29, 2022 16:59 JST | Hong Kong
CopyCopied

HONG KONG (Reuters) -- A big video panel fell onto a stage during a concert by Hong Kong boyband Mirror on Thursday, injuring at least two dancers, one of them seriously, and prompting authorities to ban the group from performing pending an investigation.

Video clips of the screen falling were circulating on social media while Hong Kong media reported that three members of the audience were also hurt.

"I am shocked," said Hong Kong Chief Executive John Lee. "I express sympathy to those who were injured and hope that they would recover soon."

The government would investigate and review safety procedures to protect performers, staff and the public, he said.

None of the 12 members of Mirror were hurt in the accident at Hong Kong's Coliseum, next to Victoria Harbour.

The city government had ordered the band, which was putting on a run of 12 shows at the venue, to postpone its upcoming performances.

Culture Secretary Kevin Yeung said shows at the venue were suspended until its stage structure was deemed safe.

"From initial observation, a wire fractured and led to the fall of the screen and caused the dancers to be injured," Yeung told a media briefing on Friday.

The hugely popular cantopop group was formed in 2018 through a reality television show.

More than 13,000 Mirror fans signed an online petition asking the concert organiser to fix the problems and ensure the safety of all.

"We are deeply sorry that the incident caused unease to viewers or others affected," it said.