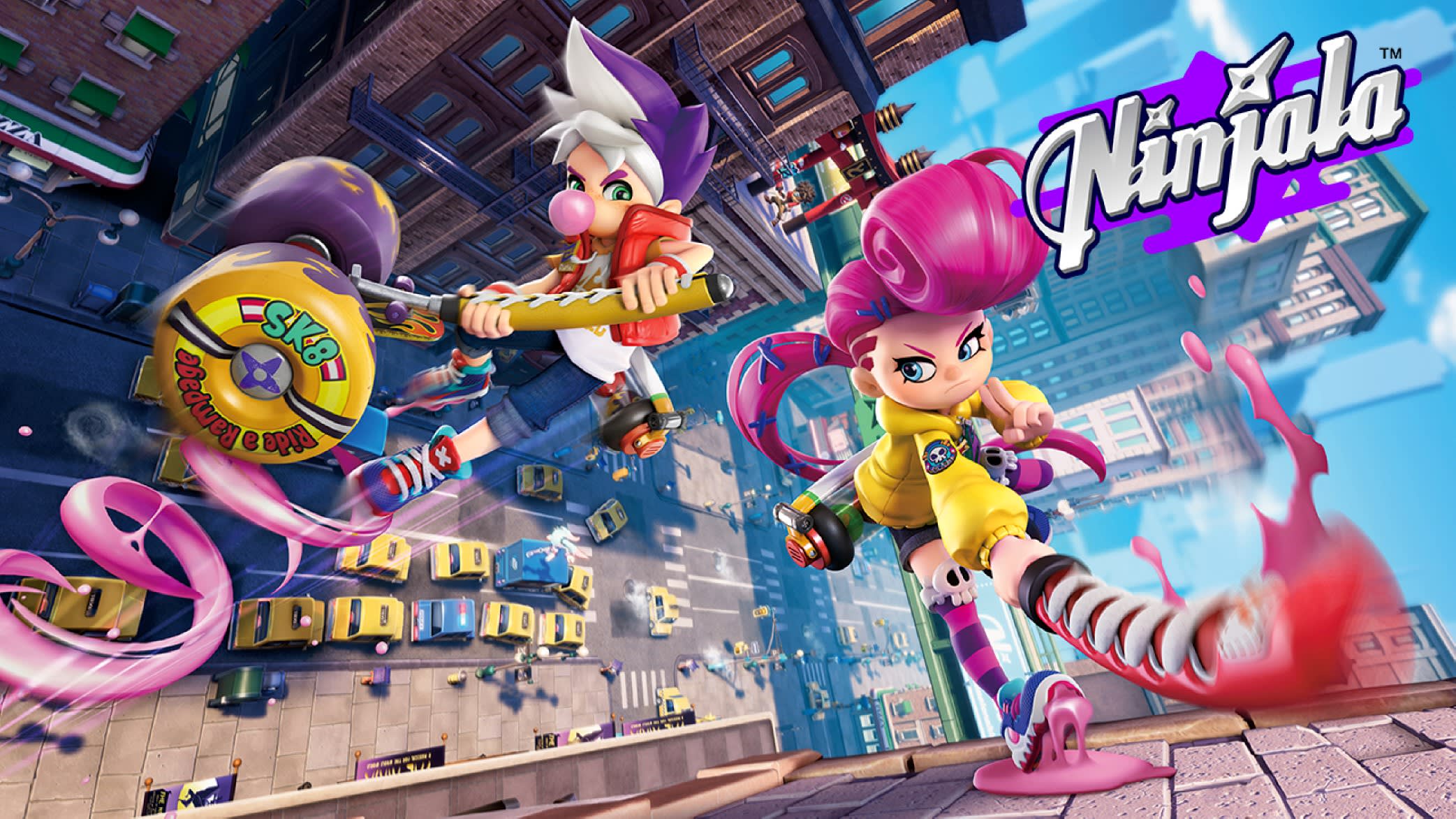 Ninjala, as the multiplayer beat-'em-up is called, places users in vastly navigable online settings. Players run up walls and battle each other across virtual towns using explosive "bubblegum ninjutsu." The game is due for a global release next spring.

"People of all ages can have fun as if they're playing grass-lot baseball, and the additional content will be very satisfying to seasoned gamers," said GungHo President Kazuki Morishita, who added that Ninjala is akin to e-sports.

The company anticipates a positive response to Ninjala judging from the buzz generated among gamers at expos. Overseas markets currently contribute 40% of GungHo's revenue, and the company thinks Ninjala will lift that figure. "I hope we can raise it to 70%," Morishita said.

GungHo has developed markets outside of Japan through titles tailored to gaming devices. The company released console action game Let It Die in 2016, but the title currently generates in-game revenue only from a limited number of North American fans.

With GungHo's bread and butter Puzzle & Dragons having peaked in terms of growth, the developer's share price has flatlined since summer.

The success of Ninjala will be crucial for the company's "trust in the stock market," said Takao Suzuki, senior analyst at Daiwa Securities.

Puzzle and Dragons has steered GungHo's finances since the game went live in 2012. Earnings suffered when the initial hype died down, but the company wooed players back in part by offering magic stones, a premium currency, for free.

GungHo is expected to generate a net profit of 21.3 billion yen ($196 million) for 2019, according to a QUICK Consensus survey of market analysts, topping last year's figure by 30%.

But sustainable growth in users has become impossible without such customer-pleasing measures, and the user base has begun trending downward again as of late.

GungHo benefits from strong cash holdings. Cash and cash equivalents totaled 73.6 billion yen at the end of 2018, equating to 77% of total assets. The company is spending that money to develop Ninjala into the next cash cow.