TOKYO -- Sanrio, the Japanese company behind the Hello Kitty franchise, will usher in a new era by changing leaders for the first time in its six-decade history, Nikkei has learned.

The 92-year-old company founder, Shintaro Tsuji, will step down as president, ceding the post to his grandson and Senior Managing Director Tomokuni Tsuji on July 1, Sanrio decided Thursday.

The younger Tsuji, 31, will be tasked with steering the company through a business landscape ravaged by the coronavirus pandemic. His grandfather will stay on as representative chairman.

A global economic slump has exacerbated the tough environment for character licensing. One of the first items on the new president's agenda is turning around the business in Europe and the U.S.

After joining Sanrio in 2014, Tomokuni Tsuji worked as a planning and marketing executive. He advanced strategies to boost the appeal of Hello Kitty, as well as other popular characters such as Pompompurin and Cinnamoroll. 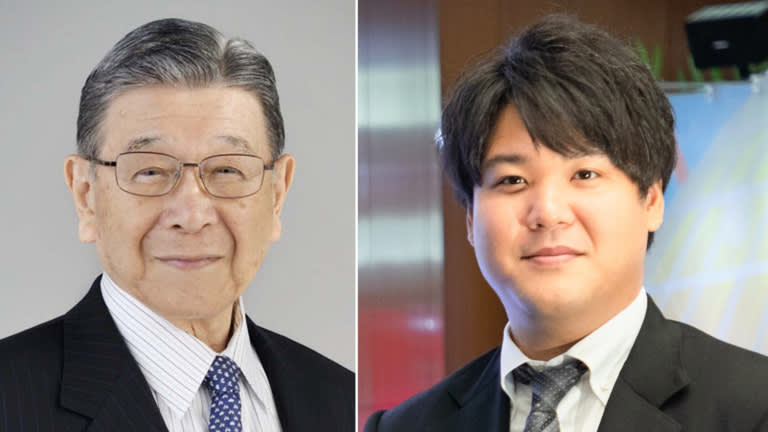 Sanrio's 92-year-old company founder, Shintaro Tsuji, left, will step down as president, ceding the post to his grandson Tomokuni Tsuji on July 1. (Photos courtesy of Sanrio)

Shintaro Tsuji started Sanrio in 1960 after leaving his job as a civil servant in Yamanashi Prefecture.

Hello Kitty was conceived in 1974, leading to a business of licensing the character for use on everything from pens to trains to television around the world. Since then, Japan has spawned countless characters that have made kawaii -- a Japanese word for "cute" or "lovable" -- into an international buzzword.