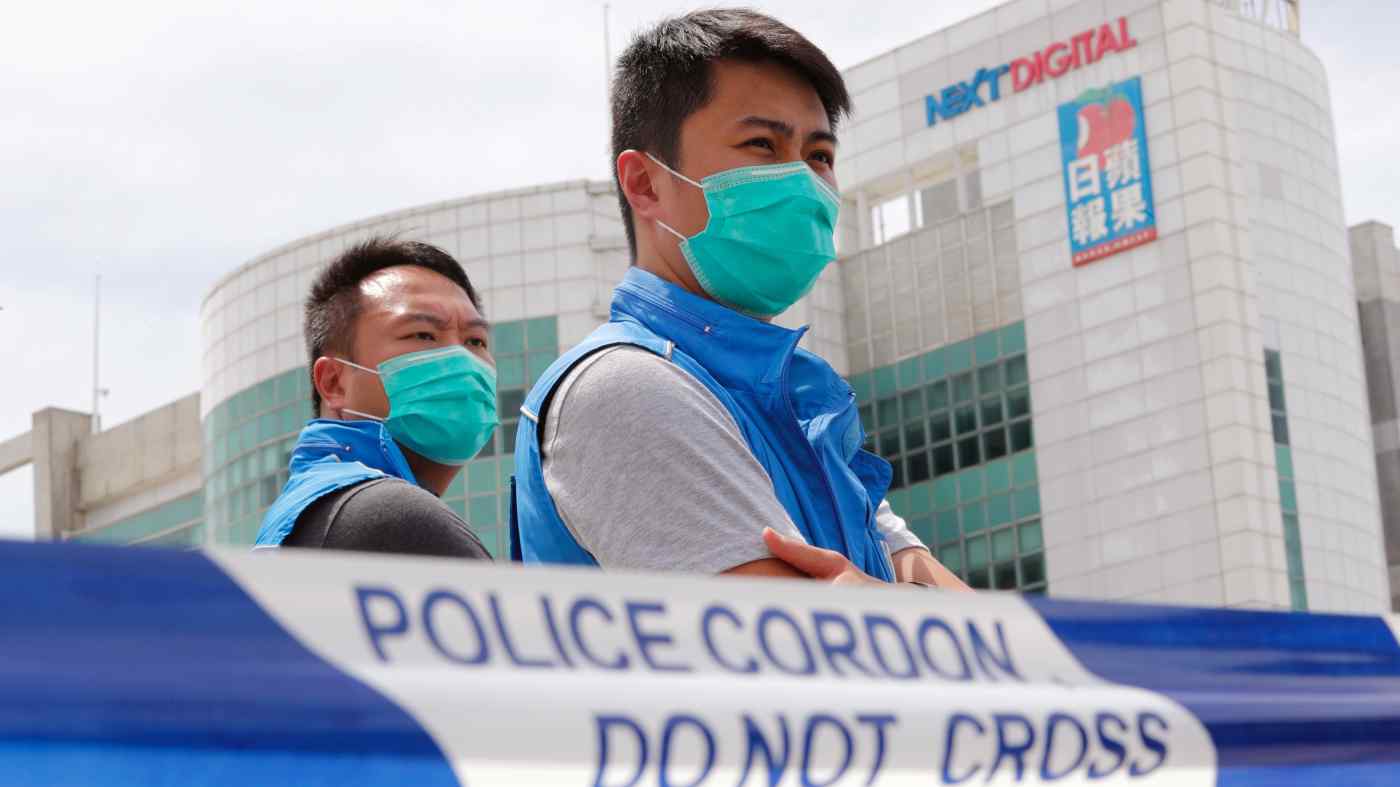 HONG KONG -- Monday's arrest of the pro-democracy Hong Kong media tycoon Jimmy Lai under China's new national security law has fanned fears for the press freedom that the territory is supposed to enjoy under the "one country, two systems" framework.

The apprehension of the Apple Daily founder and the raid on the offices of its publisher, Next Digital, is seen as an attempt to silence one of the only newspapers in Hong Kong with a pro-democracy editorial bent. During the search -- livestreamed by Next Digital -- 200 police officers combed the premises for nearly five hours, seizing 25 boxes of materials.

"We are completely shocked by what's happening now," said Chris Yeung, chairperson of the Hong Kong Journalists Association, in comments reported by The Associated Press.

"We have seen now what we call 'white terror' become a reality, which will affect media organizations and journalists' reporting," Yeung said.

Next Digital condemned these moves in a statement that evening and declared that Apple Daily would "defend the freedom of the press" at a time when it has been pushed to the brink.

Hong Kong's guarantee of media freedom under "one country, two systems" and its lack of the so-called Great Firewall seen in mainland China have made it a hub for global journalism. Major Western media outlets have located their Asian headquarters here, including the New York Times, the Wall Street Journal and the Financial Times.

But that is changing under the security law. The Foreign Correspondents' Club, Hong Kong, has reported visa delays for journalists. The New York Times said in July that it would move a third of its Hong Kong-based staff to Seoul.

The Hong Kong government has said the security law enforcement targets a very limited group, yet the arrests have only broadened in scope.

The day after the law's June 30 implementation, police apprehended 10 protesters, one of whom was holding a Hong Kong independence flag. Four people were arrested in late July, including former pro-independence group leader Tony Chung. Monday saw the arrest of pro-democracy activist Agnes Chow.

Arrest warrants have reportedly been issued for six Hong Kongers living in the U.K. and U.S., including democracy activist Nathan Law. Though Law, like Lai, has distanced himself from the wing of the movement urging full independence, the government may take a dim view of his lobbying of Western lawmakers for sanctions on Chinese officials.

China's Hong Kong and Macau Affairs Office issued a statement of support for Monday's arrests, asserting that those who "collude with outside forces to threaten national security must be severely punished."

The crackdown has sparked a tit-for-tat cycle of sanctions by the U.S. and China.

The Chinese central government on Monday announced sanctions on 11 Americans, including vocal China-hawk Sens. Ted Cruz and Marco Rubio as well as the heads of Freedom House and Human Rights Watch. This was framed as a response to measures announced Friday against Hong Kong Chief Executive Carrie Lam and other officials allegedly involved in human rights abuses in the territory.