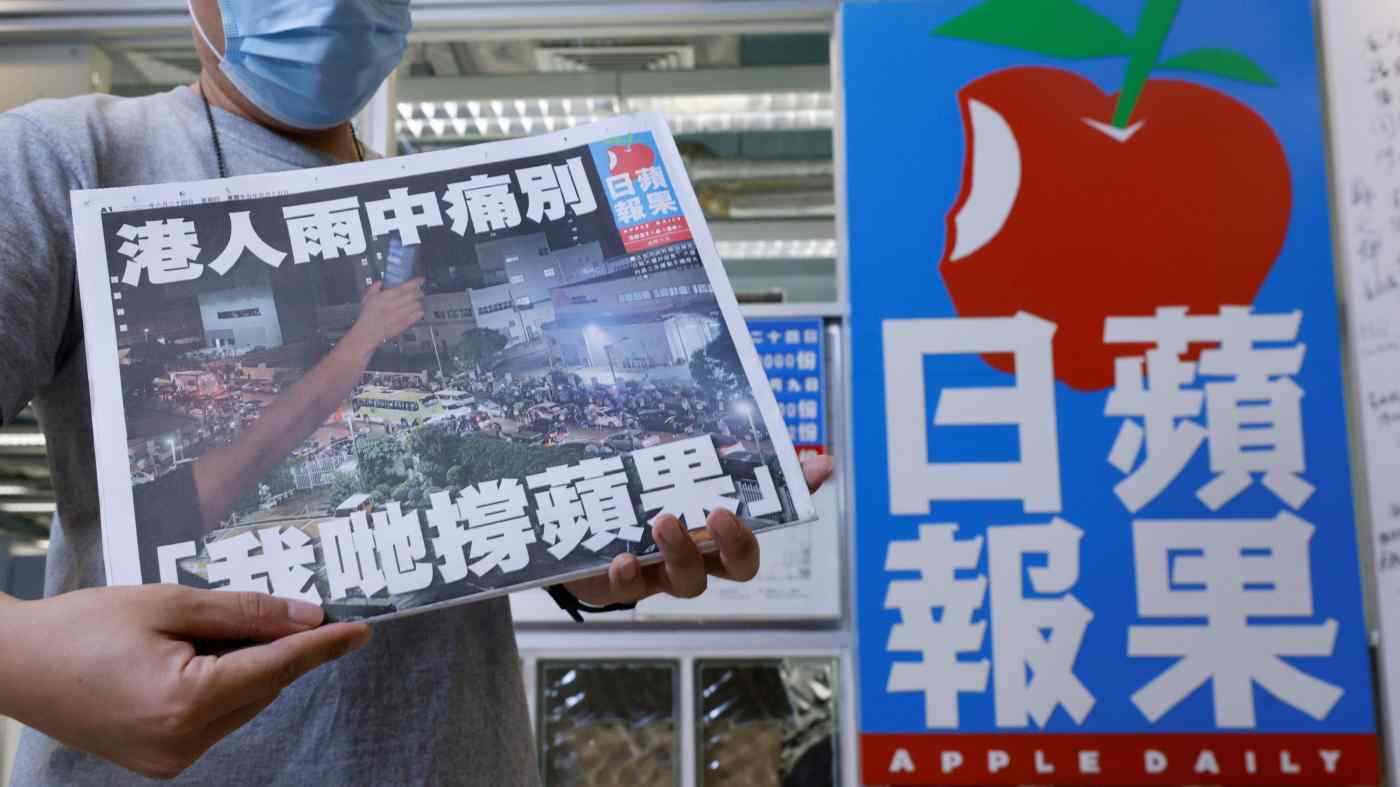 HONG KONG -- In its 1995 debut edition, Apple Daily's inaugural editorial directly addressed the timing of its launch just two years ahead of Hong Kong's scheduled return to Chinese rule -- and the start of an uncertain era for the city's previously freewheeling press.

"We are afraid, but we don't want to be intimidated by fear or blinded by pessimism," the editorial said.