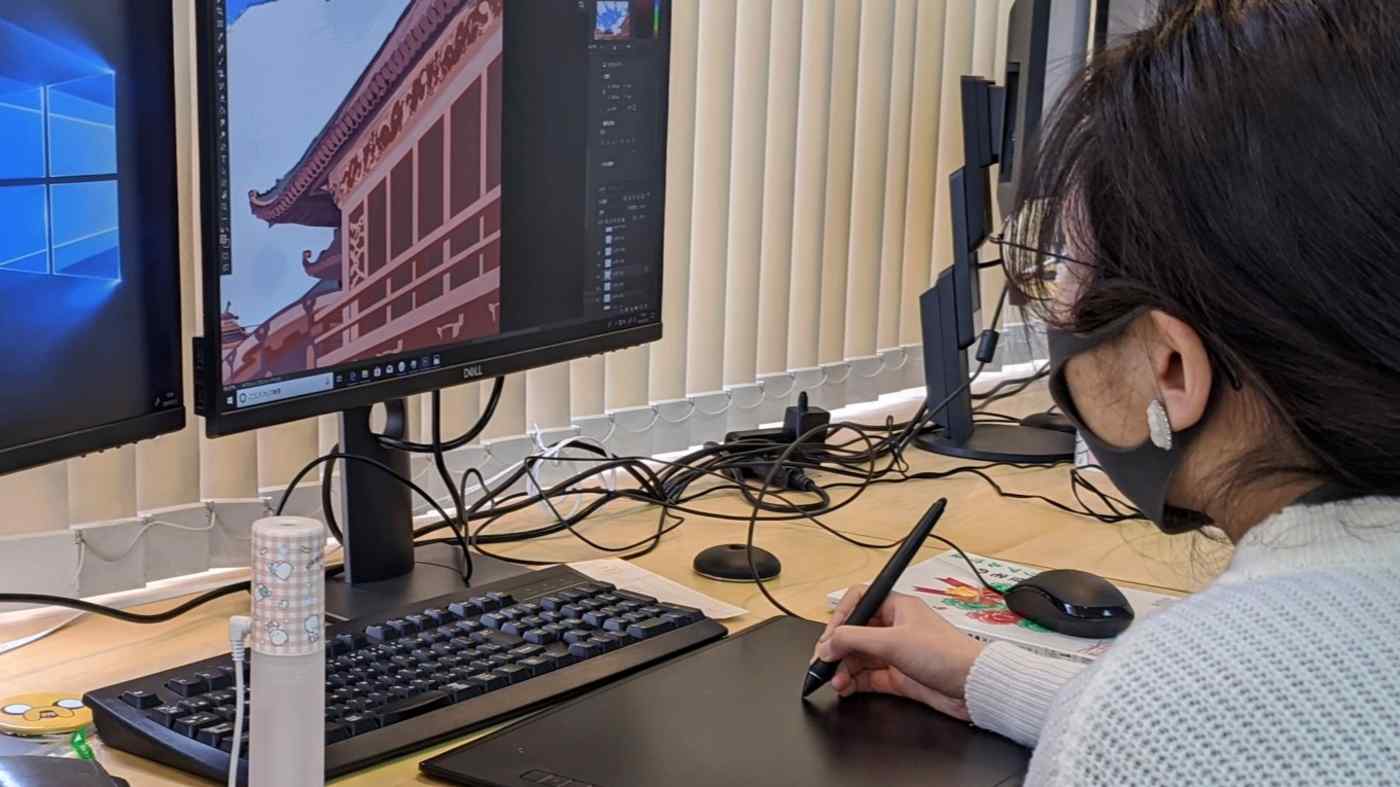 TOKYO -- Chinese streaming providers are increasingly hunting for talent among animators in Japan, the land where anime was born but whose own industry has fallen on tough times.

At a small office building in Machida, a residential area outside of downtown Tokyo, several men and women recently were busy drawing what looked like a Shinto shrine gate on tablets using stylus pens. It looks like a typical anime studio in Japan.

What sets Colored Pencil apart from other studios in Japan is that the Chinese-owned company hires animators as employees, paying about 175,000 yen ($1,580) a month for those fresh out of school -- above the industry average. It also offers an employee-friendly work environment with a flextime arrangement.

More than half of animators in Japan are freelancers. Just 14% of them work as full-timers, a 2019 survey by the Japanese Animation Creators Association found.

Tencent and other streaming platform giants have raced to bolster their libraries since the purchase of Japanese anime was discouraged in 2018 under Beijing's foreign online content restrictions. As they now seek to produce high-quality anime domestically, Colored Pencil's Chinese parent offers competitive pay and benefits to capture talented artists in Japan.

Chinese players are not the only ones coveting Japan's anime talent. U.S. heavyweight Netflix signed a comprehensive multiyear tie-up with Tokyo-based Production I.G. in 2018 to create original works.

The emergence of cash-rich foreign companies is a godsend for Japanese studios.

Though Japan reportedly is home to nearly 260 production studios, Teikoku Databank said that over 30% of anime entities operated in the red during 2018, the highest rate in 10 years. Bankruptcies and liquidations in the industry hit all-time highs that year as well.

"Contract rates continue to fall, and the tight labor market prevents companies from expanding operations, creating a vicious cycle," said an executive at a studio. "Many companies are on a tightrope: If they lose even one staffer, they wouldn't be able to take on new work and [would] sink into the red."

"We have no office, so we work from home and company employees come pick up our drawings," said a freelance key frame artist. "We feel isolated, and many people just call it quits because pay isn't enough to keep you afloat."

The artist, a man in his 40s, described the pinch facing the industry.

"Even though people demand more sophisticated artwork than ever today, the rates have stayed the same at several hundred yen a piece," he said.

Concerns are growing that the lack of a structure for developing talent will leave a dearth of skilled artists.

When Colored Pencil in Japan once outsourced drawing work to a local studio, its Chinese parent angrily sent it back, complaining that the quality was not fit for streaming.

"The poor treatment of workers in Japan could result in an industry slump," warned Bunjiro Eguchi, CEO of Colored Pencil in Japan.

The CEO noted how the tables have turned in the industry.

"Now that cash-rich companies in China have bought digital drawing facilities, the quality of Chinese anime has improved significantly," Eguchi said. "Chinese studios used to serve as subcontractors for Japanese companies, but our positions have been reversed."