Japan's virtual celebrities rise to threaten the real ones 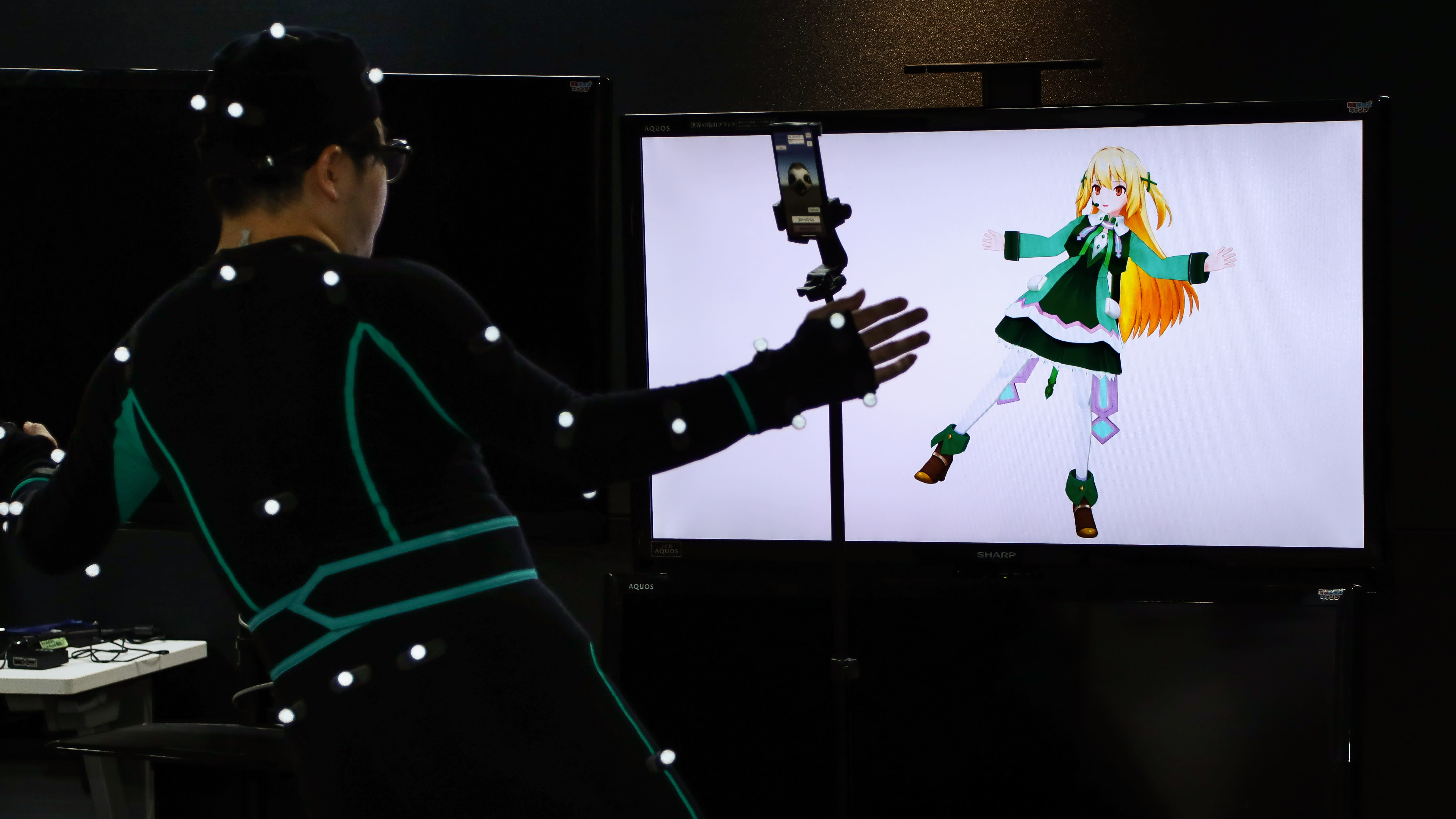 TOKYO -- Japan's entertainment industry may have found the perfect celebrities.

They never make prima-donna demands. They are immune to damaging drug scandals and other controversies. Some rake in millions of dollars for their managers. And they do not ask for a cent in return.

They are virtual YouTubers, or VTubers -- digitally animated characters that can play many of the roles human celebrities do, from performing in concerts to pitching products. They could transform advertising, TV news and entertainment as we know them.

Japan has seen a surge in the number of these virtual entertainers in the past couple of years. The "population" has surpassed 9,000, up from 200 at the beginning of 2018, according to Tokyo web analytics company User Local.

One startup executive in the business said the most popular VTubers could bring in several hundred million yen, or several million dollars, a year.

Norikazu Hayashi, CEO of a production company called Balus -- whose website promises "immersive experiences" and a "real and virtual world crossover" -- estimates the annual market for the avatars at somewhere between 5 billion and 10 billion yen ($46.2 million and $92.4 million). He reckons the figure will hit 50 billion yen in the coming years.

The most famous VTuber of them all is Kizuna AI -- a young girl with a big pink ribbon in her hair. She has around 6 million followers across YouTube, TikTok, Twitter and Instagram. She puts on concerts, posts video game commentary, releases photo books and appears in commercials and TV shows.

The startup behind Kizuna AI -- the AI stands for artificial intelligence -- is Activ8. It has a stable of about 50 other VTubers and relies on license fees for using the characters in ads, as well as events and novelties. Gree, a Japanese company better known for its social mobile games, has also become a virtual talent producer. "The business is basically the same as a talent agency, where the aim is to cultivate a celebrity's popularity," a spokesperson said. But unlike people, the virtual stars are intellectual property, potentially giving companies more ways to extract money from them.

"As with Japan's anime culture, we will be able to export our content overseas and expand the business," the Gree representative said.

Although VTubers are a fairly new phenomenon, the motion capture technology behind them is not. Hollywood has used it for years. At Gree's studio, in Tokyo's Roppongi district, actors wearing suits studded with over 50 sensors perform movements that become high-quality animations.

A character created in a studio can be beamed to anywhere with a high-speed internet connection. Data collected by the sensors can be turned into computer graphics and transmitted in real time. The full-scale launch of 5G wireless connectivity is expected to lead to even more VTubers.

Gree has also developed a smartphone app called REALITY that lets anyone turn themselves into their own virtual streamer. Users can customize their avatar by choosing its hair style and color, along with the shape of its eyes and face. Then they can livestream with the touch of a button.

"It's basically an advanced Instagram filter," one startup executive said of Gree's app.

The benefit, Gree says, is that users can "express themselves and talk about their daily struggles or frustrations without showing their faces."

"Once the platform's user base grows, we will think about overseas expansion," the spokesperson said. Cover, another VTuber management company, is already attracting attention outside Japan. "We have many fans in China but also see a growing number of fans in the West, as well as Indonesia," said Motoaki Tanigo, Cover's CEO.

"Depending on future demand, we plan to take our business abroad," he added.

Cluster, a virtual event services startup, saw the number of events involving virtual entertainers on its platform soar to over 100 in 2019, from just two the year before, according to CEO Naoto Kato.

To watch a Cluster event, fans at home don virtual reality headsets, placing avatars of themselves in a virtual venue. Besides watching the show, the viewers can throw stars or set off fireworks by paying some money. Most of the events are concerts.

"Music will be the key to VTubers and virtual entertainers becoming mainstream," Kato said.

Well-known brands are beginning to discover the marketing power of VTubers. Suntory Beer, Rohto Pharmaceutical and e-commerce group DMM.com have all created their own virtual characters that go on TV shows, appear in commercials and stream on YouTube.

TV Tokyo, one of Japan's major broadcasters, has even created a virtual news anchor named Yuuka Aiuchi. She appears on the station's news programs and asks questions about the day's coverage.

This could be a way for broadcasters to drum up interest at a time when fewer young people are watching TV and ad revenue is declining.

The internet is quickly becoming a bigger advertising market than television, according to top ad agency Dentsu: Spending on online ads jumped 16% to 1.75 trillion yen in 2018, driving a 2% increase in overall ad outlays to 6.53 trillion yen.

Japan's broadcasting industry has also been reeling from a series of celebrity scandals over questionable contract practices and drug use, including the recent arrest of actress Erika Sawajiri for alleged ecstasy possession. In some cases, TV stations have had to scramble to keep shows on the air.

Releasing VTuber content on YouTube and social media platforms could help TV broadcasters connect with viewers who are glued to their smartphones -- with no risk of the virtual characters becoming tabloid fodder.

Scraping up funds for virtual talent projects, however, can still be a challenge, industry insiders say. Although some venture capital firms and game companies have invested in VTuber startups, "Financing is still very hard to find for those that are not profitable yet," Cluster's Kato said.

"It is important for these VTubers to become actual intellectual properties, like popular series Dragon Ball or Pokemon, to expand the market," he said. "Otherwise, VTuber content will only catch on with a niche audience, most likely people who are already interested in Japanese anime."