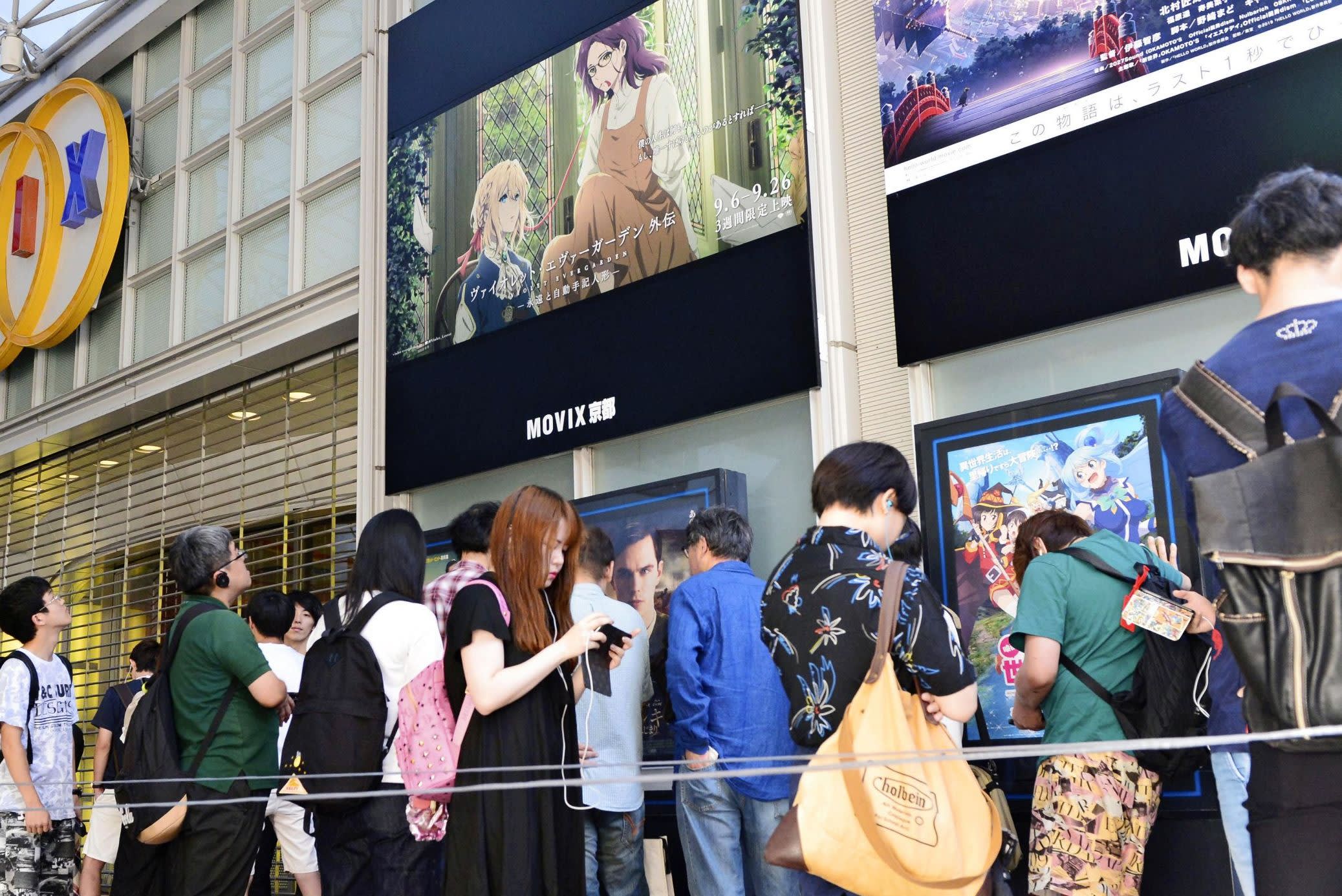 Fans line up on Sept. 6 to watch the first film released by Kyoto Animation since the deadly arson attack.

KYOTO (Kyodo) -- Fans flocked Friday to the opening of the first film released by Kyoto Animation Co. since the deadly arson attack on one of its studios that resulted in the death of more than 30 members of the company's staff.

"I would like (the studio) to continue to create works, even if it takes time," said Yuya Yamasaki, 19, who was at a Kyoto theater to watch "Violet Evergarden Gaiden: Eien to Jido Shuki Ningyo" (Violet Evergarden Story: Eternity and the Auto Memory Doll).

"I like the style of illustrations from Kyo-Ani and I'd like to enjoy the movie despite the awful attack," Yamasaki, a university student, said.

The victims' names are listed in the film's end credits as a testament to their work. The attack killed 35 people working in building at the time, with many others injured.

Fans gathered to watch the film at cinemas across Japan.

"It's difficult to be truly happy because of the incident, but I'm glad that the film was able to be released," a 46-year-old woman said at a theater in Osaka.

Although the end credits of Kyoto Animation films usually only include the names of staff with more than a year's experience, the studio included all staff members who worked on the latest movie, according to a lawyer of the internationally-renowned company.

The movie, which was completed on July 17, one day before the attack, is a spinoff from popular anime series "Violet Evergarden," and is based on a novel of the same title that won an award in a writing contest held by the company in 2014.

The story revolves around a girl named Violet Evergarden, a former soldier and an "auto memory doll" or ghostwriter who learns how to love and acquires emotions by writing letters for others. It will be screened nationwide until Sept. 26.

The fire at the studio in Kyoto's Fushimi Ward, the center of the company's anime production, was allegedly started by 41-year-old Shinji Aoba when he splashed and then ignited gasoline inside the three-story building.