Macao casino operators swimming in red ink due to COVID 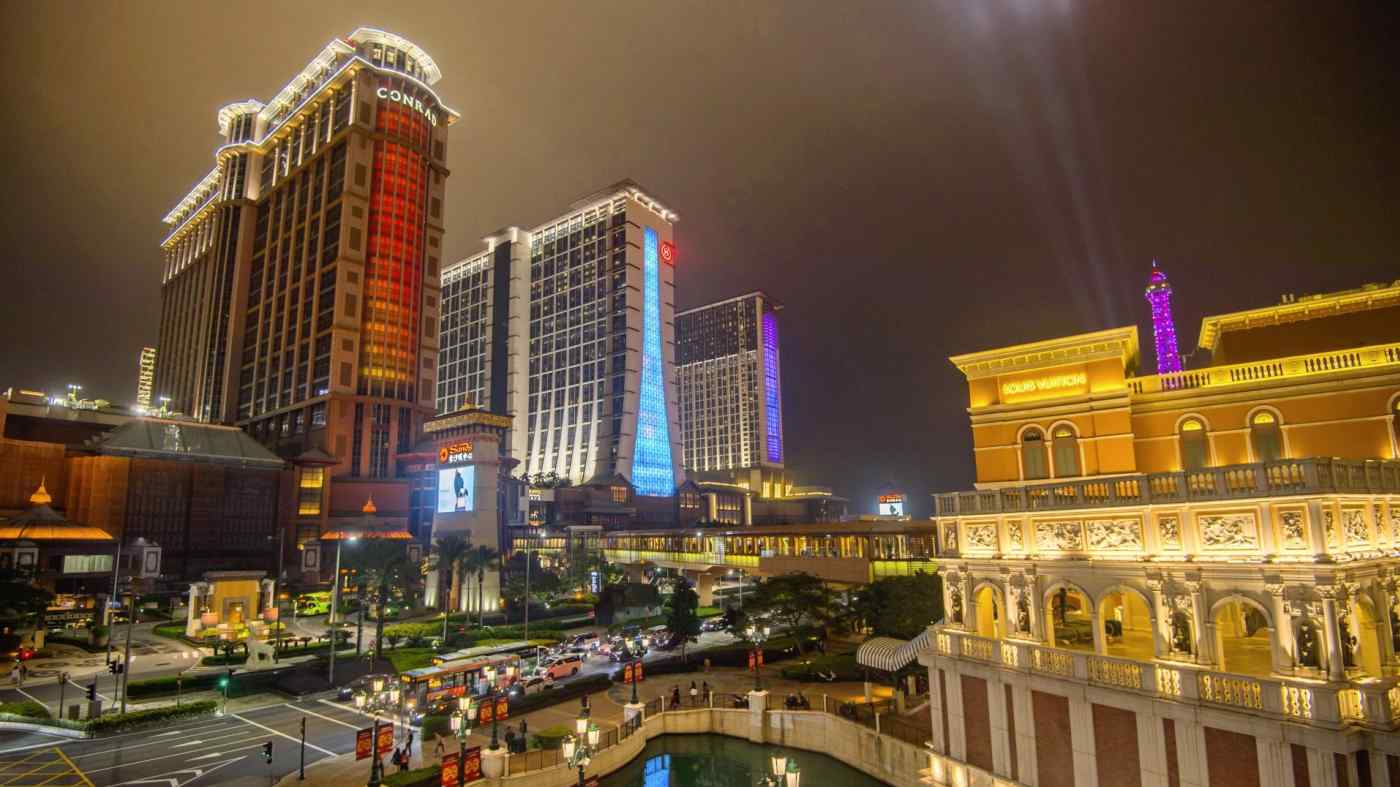 HONG KONG -- Casino operators in Macao are drowning in a sea of red ink as the coronavirus pandemic decimates sales while operating costs remain high.

The six companies authorized to operate gambling in Macao all reported a net loss for the first half of this year, raising concerns about the future of the industry, the lifeblood of the Chinese territory's economy.

The pandemic has choked the flow of travelers into Macao, leaving its casino industry with a crippling burden of operating costs for empty establishments.

The financial woes could hobble the industry's efforts to carve out a more diversified future for itself.

The businesses are skipping dividend payments and cutting costs but still are struggling.

The Macao government closed casinos for 15 days in February as COVID-19 started spreading in the tiny territory off the coast of China, one of the most lucrative gambling destinations in the world.

The local government also took a series of other strong actions to stem the virus, including an entry ban on foreign tourists. While these measures have helped contain the disease, they have stifled the influx of free-spending gambling tourists from the mainland, causing casino revenues to plunge in February by over 90% from a year earlier. Galaxy Entertainment Group booked a net loss of 2.8 billion Hong Kong dollars ($361 million) during the first six months of 2020, a radical change in earnings from the same period in 2019, when it racked up HK$6.6 billion in net profit. The group's large integrated resort complex, featuring hotels and retail outlets as well as casinos, are very costly to keep running. Average daily operating costs during the April-June quarter hit $2.5 million.

Galaxy's plight of having to keep facilities open at huge fixed costs while revenues are in a free fall is shared, more or less, by its rivals.

Wynn Macau, which posted a net loss of HK$3.9 billion, has announced it will not pay midyear dividends. The operators of some casino resorts are planning to issue bonds to keep financing their daily operations -- moves that could leave them with heavy burdens of debt servicing in the future.

One ray of hope has appeared: China has started easing travel restrictions to the former Portuguese colony, which is a just short ferry ride from Hong Kong. In August, residents of nearby Guangdong Province were first allowed to travel to the territory. Beijing also eased restrictions for travelers from other provinces in late September. However, travelers from the mainland must be able to present a certificate confirming a negative test result for COVID-19. Casinos also require customers to follow a raft of virus-related rules and regulations, including proper distancing. These factors will not help Macao's tourism rebound.

Hong Kong's uphill battle to bring the virus under control also casts a pall over the outlook of Macao's gaming industry, since most mainland Chinese tourists travel to Macao as part of tours that also include Hong Kong.

SJM Holdings refuses to be optimistic about its business outlook, saying the pandemic will keep downward pressure on the earnings of hotels, restaurants and casinos in Macao for the time being because these businesses are dependent on general tourism.

Galaxy Entertainment Chairman Lui Che-woo has said the company intends to stick to the schedule for its plan to build additional resort and entertainment facilities, including family hotels and a 16,000-seat arena, but admitted the possibility that the time frame may be affected.

The misfortune of Macao's gambling industry could also have unwanted repercussions on Japan's plan to open integrated resorts featuring casinos. Galaxy Entertainment says it remains committed to entering the Japanese market. But Caesars Entertainment and Las Vegas Sands of the U.S. have announced their decisions to abandon plans to operate integrated resorts in Japan.