NTT and other big Japanese companies see promise in esports 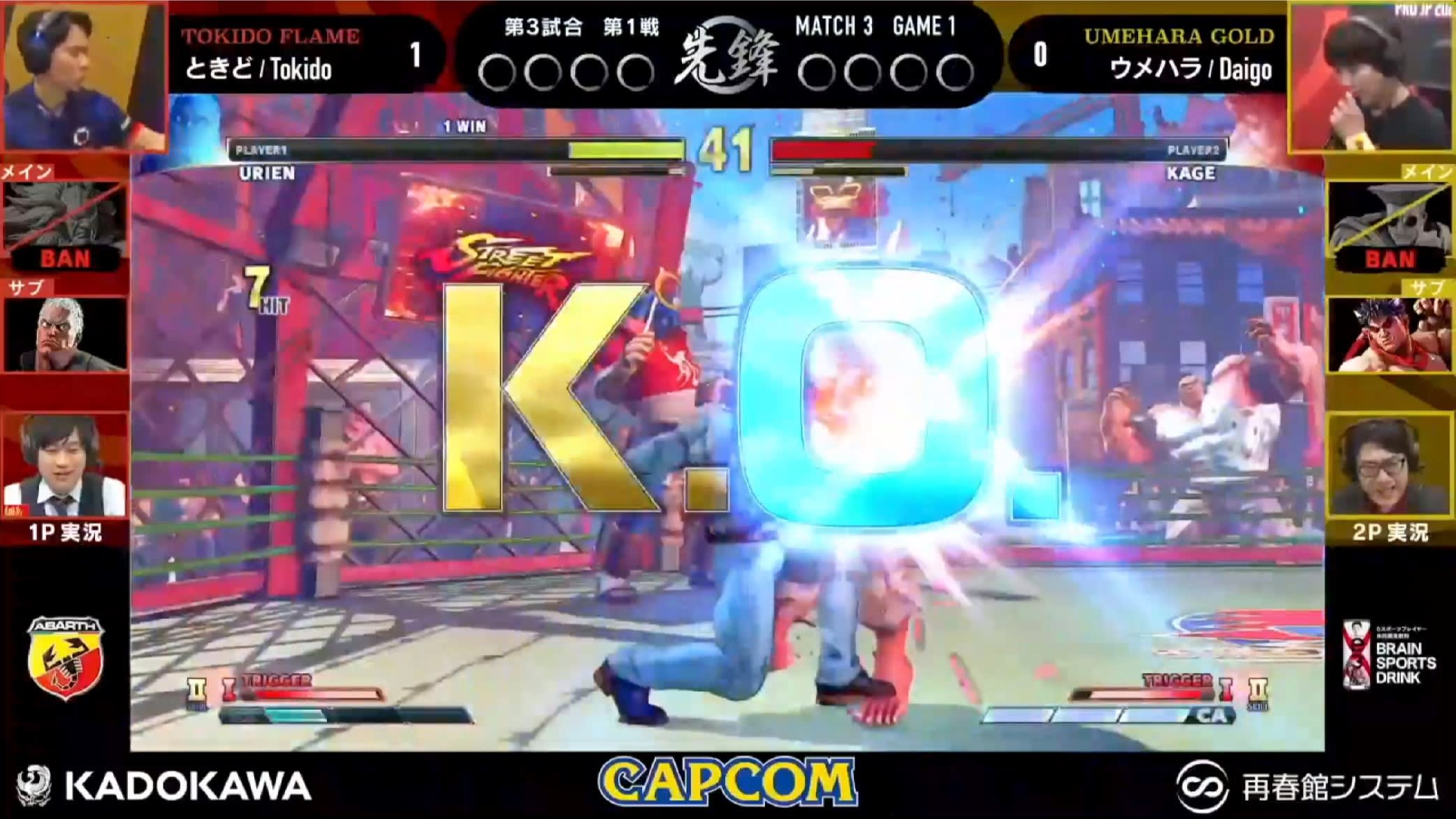 TOKYO -- Competitive video gaming, or esports, was one of the highlights of the recent Tokyo Game Show, underscoring its global market growth.

Japan is said to have various regulations acting as a drag on its esports market, but that is not stopping companies representing non-game industries such as Dai Nippon Printing, NTT East as well as others from breaking into it.

Their interest comes amid moves to address regulations for holding competitions. For example, a group of esports companies is working out rules for staging such events without violating Japan's law governing the amusement business.

At the Tokyo Game Show, Capcom hosted a competition for its "Street Fighter V" from Friday evening, streaming games between participants such as Daigo Umehara, winner of a global event, Hajime "Tokido" Taniguchi, a professional gamer who graduated from the University of Tokyo, and university students who passed the elimination round.

Esports cannot be ignored when it comes to video games. Newzoo, a Dutch research company, forecast that the market will have grown 1.7 times in 2023 from $950 million in 2019. Overseas competitions include events in which winners claim millions of dollars in prize money. Live online telecasts are watched by hundreds of millions of people, especially youngsters, around the world. American and European companies have taken note of the promise of esports, taking out advertisements and engaging in other promotional activities.

In Japan, Dai Nippon Printing is readying an esports league for corporate competitors in cooperation with an NTT East subsidiary and other companies. Starting in June, it hosted a series of matches for players representing Fujitsu and 15 other companies as part of those preparations. An event in the series was watched online by as many as more than 80 million people.

Japan's top printing company sees esports as an amusement, such as golf, that can facilitate communication between people from different companies.

Expecting an increase in companies keen to take advantage of esports, Lenovo Japan will open a website to lend personal computers designed to play video games and link esports clubs in business enterprises. David Bennett, president of the Chinese technology company's Japanese subsidiary and an esports player himself, said video games enable participants to interact with each other without worrying about their competitors' backgrounds, such as whether they work for rival companies or are seniors or juniors at work.

But despite such a trend, the esports market in Japan remains small in scale. Although the market is forecast by Kadokawa Game Linkage, a provider of information on gaming and esports, to expand 2.5 times by 2023 from 6.1 billion yen ($57.75 million) in 2019, it is small in light of the country's position as the world's third-largest game market. For the market to grow, the profile of esports needs to be raised through measures including an increase in the number of competitions. Compared with the U.S. and other countries, Japan is said to have more regulatory restrictions on such events that fall under the amusement business and other laws. Therefore, rules to stage competitions in compliance with existing legal restraints are necessary.

The Japan esports Union, an industry group, said last Thursday that it has worked out guidelines to hold competitions that collect entry fees without infringing on the amusement business law.

There have been cases in which an event that installs game machines at a venue, other than a game arcade, for a competition and collects entry fees is legally required to win police approval for operation of a game parlor business. The requirement has been a factor making it difficult to flexibly hold esports events.

Under the new guidelines, an esports competition can be held without infringing on the amusement business law if, among other steps, collected entry fees do not exceed the event's estimated staging cost, the JeSU said.

The guidelines were worked out based on advice from Nishimura & Asahi, a law company proving legal services to the JeSU, and through repeated consultation with the National Police Agency, the industry organization said.

The JeSU has also dealt with other legal barriers, such as prize money possibly infringing on limits set under a law banning unjustified premiums and misleading presentations.

"Business enterprises are becoming able to participate in the esports industry" in compliance with legal regulations because of the new guidelines and other countermeasures, said Hideki Okamura, head of the JeSU.

Sponsorship and advertising fees reportedly account for 60% of the entire global esports market. Support from big businesses and others may expand in Japan if competitions are held flexibly and their value as an advertising platform increases.