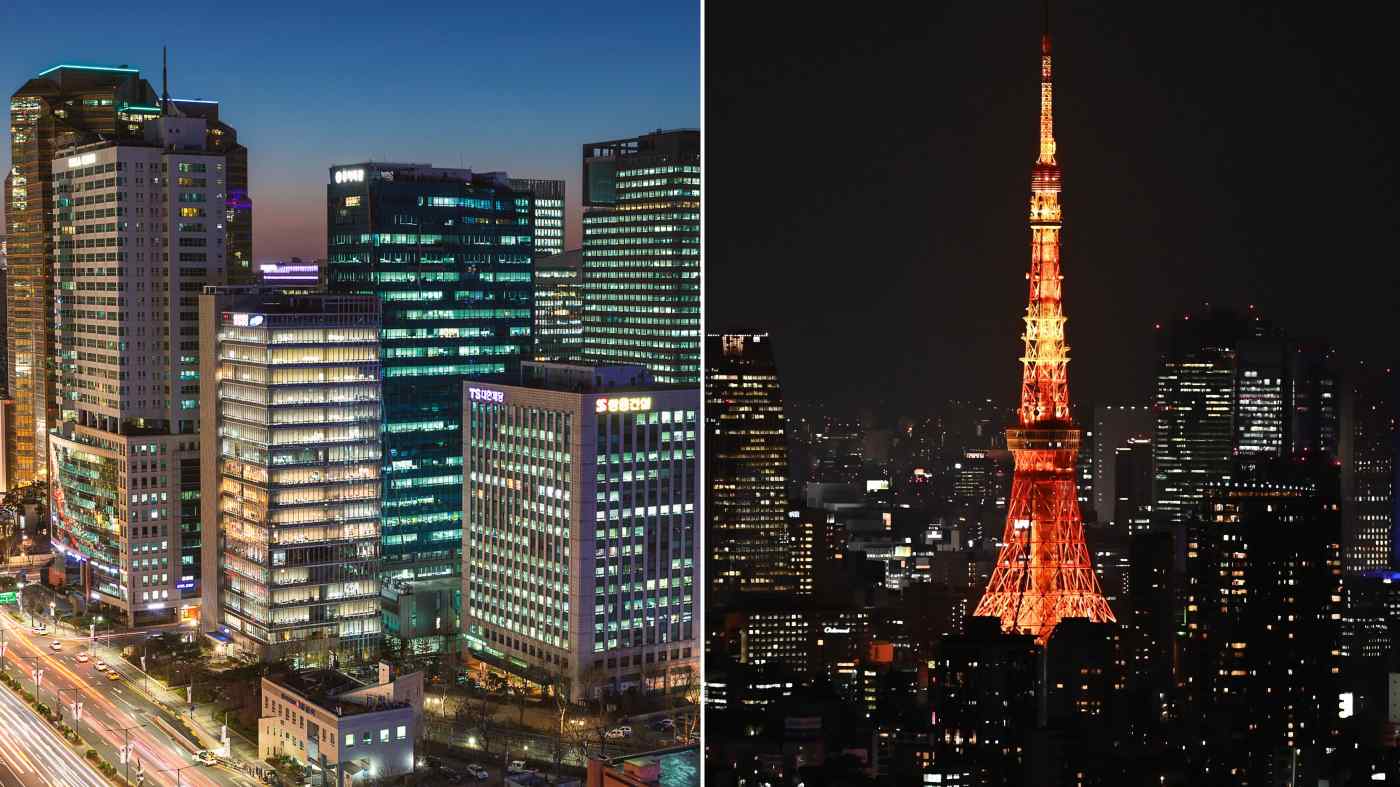 SEOUL/TOKYO -- South Korea's soft power has been in rising recent years, with K-pop group BTS becoming a global sensation, "Parasite" winning Best Picture at the Oscars, and dramas such as "Crash Landing On You" winning viewers across the world.

But while the momentum of the Korean Hallyu cultural wave appears relentless, The New York Times' decision last month to move Asia-based digital news operations from Hong Kong to Seoul came as surprise to many.

Tokyo, the capital of the world's third-largest economy and a financial and business center, would once have been the expected destination. The Times considered the Japanese megacity, along with Bangkok and Singapore, as it looked at locations to relocate employees out of Hong Kong since the introduction of the new security law in June.

But Seoul, which has become an outward-looking and tech-savvy city, got the nod.

"South Korea proved attractive, among other reasons, for its friendliness to foreign business, independent press, and its central role in several major Asian news stories," the publication said.

The move by the American media giant, a first major international departure from the former British colony, is also a sign that Seoul is ready to rival Tokyo on the international stage. It could lead to other businesses choosing to settle by the banks of the Han River.

Jean Lee, of the Woodrow Wilson International Center for Scholars, said she been waiting to see whether international organizations would leave Hong Kong due to the new law. "Seoul was an intriguing choice," Lee told the Nikkei Asian Review.

Lee, a former Associated Press Seoul bureau chief, said the move is a testament to changes that have made South Korea a fast-moving and internationally-minded nation. "Some challenges persist but the country has become exponentially easier to navigate in the past decade."

For Lee, the move takes into account the growing strategic competition between China and the U.S.

"For a U.S. company such as The New York Times, it makes sense to relocate its regional hub to a country so closely allied with the United States."

Korea is also well-known for its high-tech industries as well as some of the fastest internet in the world.

"Digital journalists should be able to do their jobs fairly seamlessly and reliably online from Seoul -- just as well as they could from Hong Kong," Lee said.

She added that Incheon International Airport, opened in 2001 near Seoul, has become a "true" flight hub. "South Korea is a remarkably efficient place, so getting a team in place should be quick and easy -- even in the midst of the coronavirus pandemic."

South Korea's handling of COVID-19, limiting the death total to under 300 thanks to a world-renowned strategy of extensive testing, tracing and tracking strategy, may also have helped the Times reach its decision, according to Kim Jeongmin of NK News.

"We do not know how long this pandemic will go on and South Korea is one of the few countries that successfully flattened the curve, folks here now feel comfortable enough to work from the office or just partially work from home," Kim said.

Martin Fackler, a former Tokyo bureau chief at the Times, told Nikkei that the South Korean government was probably more proactive than Japan, and is likely to have offered expedited visa. "They're very savvy with foreign media and there's a different attitude in general," he said.

Bruce Lui Ping-kuen, a senior lecturer at Hong Kong Baptist University's journalism department, said the guarantee of information flow is crucial for a place to become an international business and finance hub.

But, NK News's Kim sees Seoul having work to do in this regard and has a record of giving priority to domestic media.

"Many ministries don't even allow briefing access to foreign media outlets," Kim said. "If the goal is to be Asia's news hub, we have a long way to go. Whether other outlets will follow out of Hong Kong and to Seoul will also depend on how well South Korea handles this NYT move."

Yet Tokyo has not traditionally been more open with foreign media either.

"It's frustrating to always be treated as a foreigner here in Japan," said Kaori Hayashi, professor of media studies at the University of Tokyo. "The cartellike collusion between the government and the domestic media in Japan has long been a source of frustration for correspondents dispatched by Western media companies."

The Japanese government's refusal to exempt non-Japanese residents from its coronavirus travel ban has stranded thousands outside the country and trapped others inside as they are likely to be prevented from reentering. This also may have influenced the Times's decision, according to Fackler.

Prices may also have been a factor. In the Economist Intelligence Unit's latest Worldwide Cost of Living Survey, Tokyo and Osaka were in the Top 10 priciest cities in the world, while Seoul dropped out of the 10 most expensive places due to the depreciation of the won.

But Tokyo will certainly be in the running if more companies decide to move operations out of Hong Kong.

The Japanese capital ticks many of the same boxes as Seoul and has other advantages. Tokyo is a much larger financial and business center, has the world's third most traded currency, and is a U.S. ally and technologically advanced. Its winters are also much milder than frigid Seoul.

The Wall Street Journal, for example, is "considering" Tokyo as an option for some of its Hong Kong-based staff, according to two employees familiar with the matter.

Kim Hyun-ki a Seoul-based business consultant, said the Times's move to the city is not that big physically, but it is symbolic.

"The government has been trying to become more friendly for international business and the coronavirus response has really boosted the Korean 'brand' that was already doing well," Kim told Nikkei

"If the move from The New York Times is a success then others may follow. Tokyo may be still be the choice of many international companies but Seoul is making its presence felt."