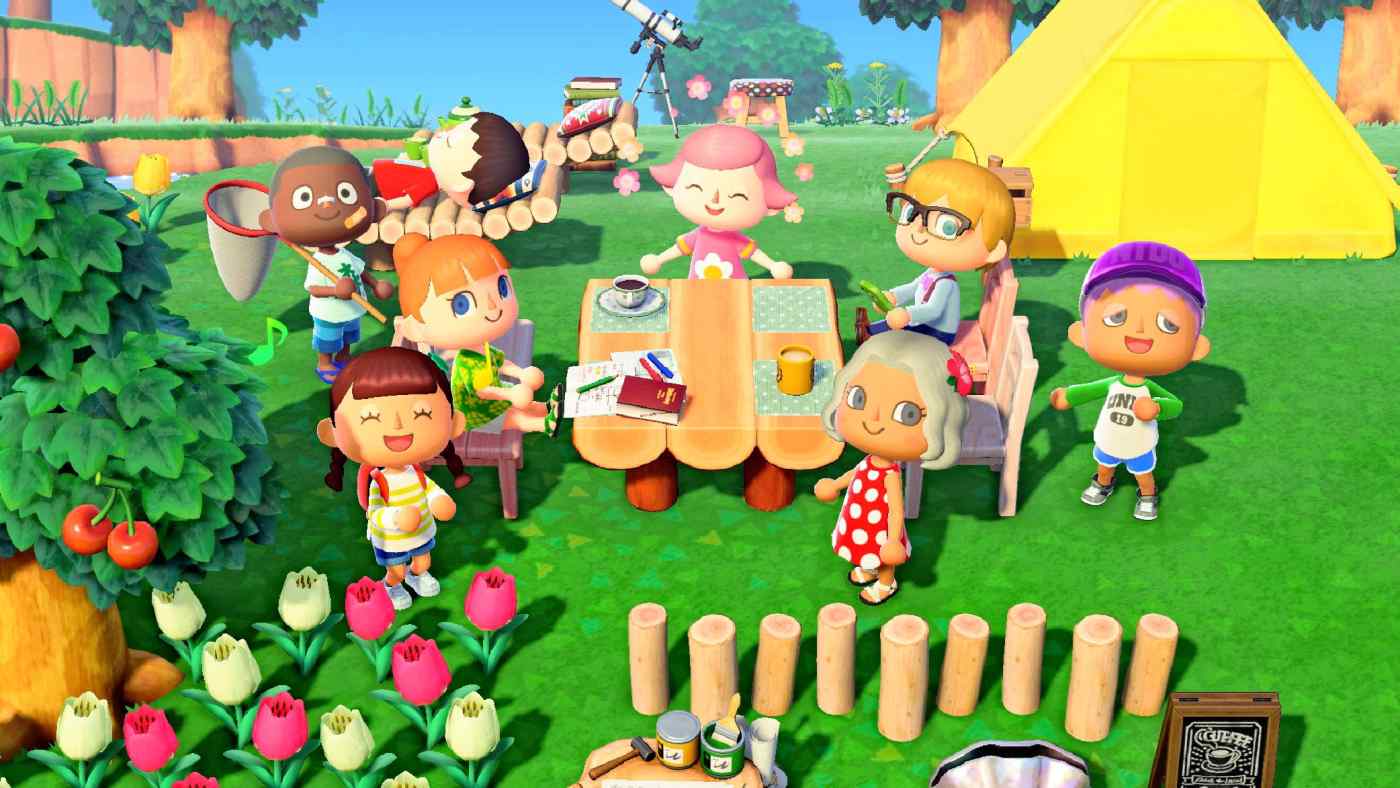 TOKYO -- Nintendo on Thursday said it expected record net profit for the year ending March 2021 on the back of a surge in demand for its popular Switch gaming console and smash-hit title Animal Crossing: New Horizons as the coronavirus pandemic kept people at home.

After posting record profits in the first six months of the year, the Japanese gaming giant revised upward its earnings target for the full year. It expects net profit to surpass the record set in 2009, jumping 16% to 300 billion yen ($2.8 billion) from a year ago. It also expects revenue to rise 7% to 1.4 trillion yen and operating profit to increase 27% to 450 billion yen from a year earlier.

Previously, the company had forecast net profit would decline 22% to 200 billion yen and revenue would drop 8% to 1.2 trillion yen from a year ago. It expected operating profit to fall 15% to 300 billion yen.

Nintendo CEO Shuntaro Furukawa explained during its earnings conference that the "Animal Crossing hit has brought in many new customers" for the company. "Sales for our hardware and software continue to be strong and we are well prepared for the holiday season," he added.

Nintendo posted its highest-ever net profit for the first half of its financial year on Thursday, logging a 243% rise to 213 billion yen compared with the same period last year. Revenue surged 73% to 769 billion yen, while operating profit jumped 209% to 291 billion yen.

Nintendo sold over 8 million units of the Switch in the six months through September, up 68% compared to the same period a year ago. Total sales for the Switch, including its hand-held only Switch Lite system, have reached 68 million units since its release almost four years ago, surpassing total sales of its iconic Family Computer console which was released in 1983.

Total software sales also surged 71% in the first half of the current fiscal year to over 100 million copies, with 20 game titles selling over a million copies.

Nintendo's shipments of its hybrid Switch console -- which can be plugged into wider screens or used as a portable device -- have soared. The company expects to sell 24 million units for the current fiscal year, up 14% from the previous year. Nintendo had originally forecast that sales would slip 10% to 19 million units, an estimate that analysts had pointed out was conservative.

The leap in Switch sales is supported by the strong performance of its Animal Crossing software, which has become a global phenomenon, with 26 million copies sold since its release in March.

Nintendo's rosy performance comes just a week before the release of next-generation gaming consoles by rivals Microsoft and Sony. The new consoles, Xbox Series X and PlayStation5, both have upgraded specifications and will also feature cheaper digital editions.

Although released in 2017, sales of Nintendo Switch have been robust this year as people forced to stay home sought to entertain themselves with games around the world.

Furukawa also noted that although Nintendo's Switch is in a different cycle compared to soon-to-be-released consoles by Sony and Microsoft, that the gaming giant will "continue to try and show our presence" within the market.