Nintendo's Animal Crossing changes game of politics in US and Asia 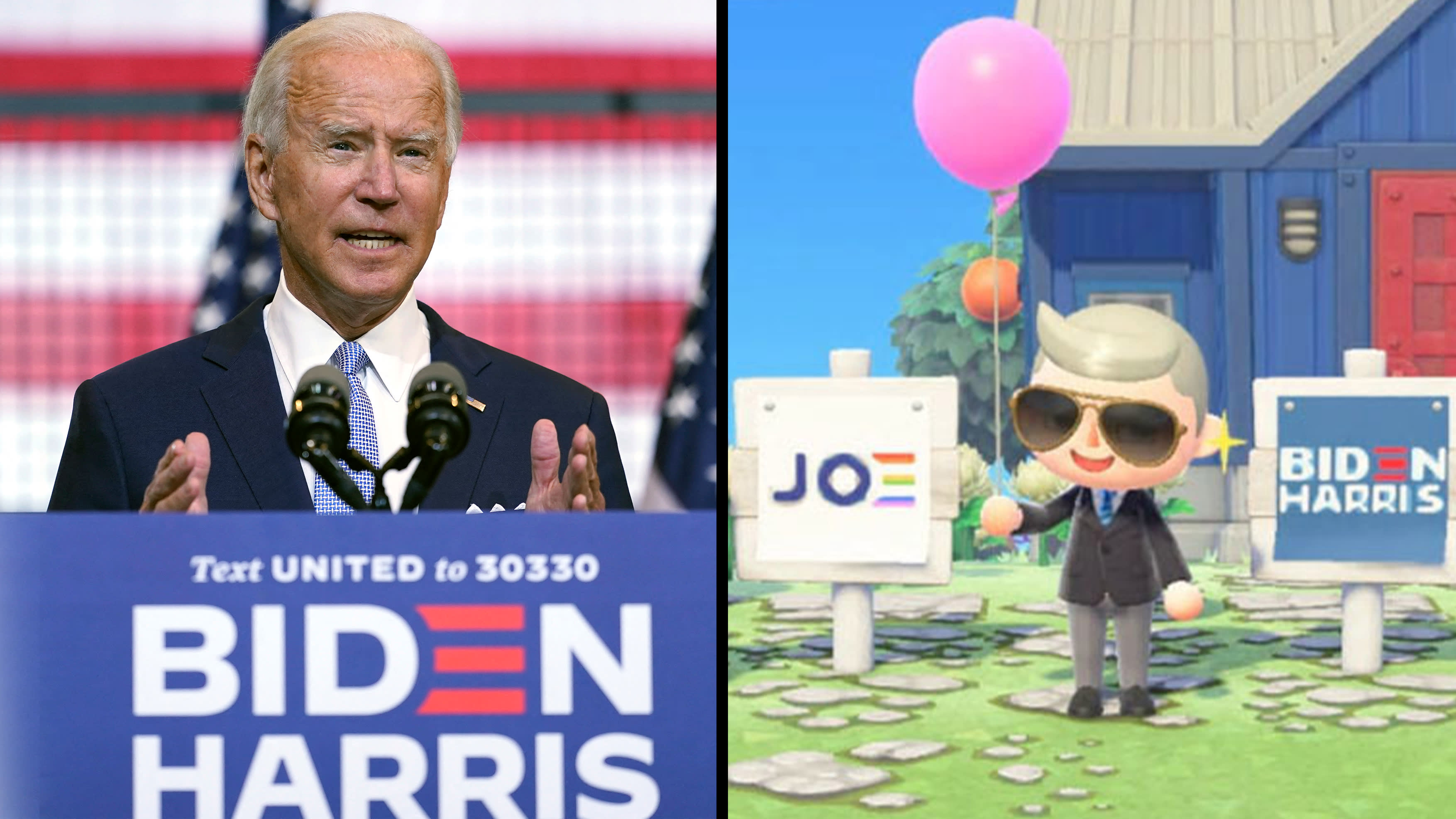 TOKYO -- Nintendo's "Animal Crossing: New Horizons" game has gone from being a surprise hit, to a forum for Hong Kong pro-democracy protests and most lately a place for U.S. political messages, highlighting the potential for games to become a new political platform.

In the U.S., Democratic presidential nominee Joe Biden has decided to use Animal Crossing in his campaign to unseat President Donald Trump in elections on Nov. 3.

Players are now able to deck out their homes with official Biden yard signs, which come in four designs. One features an official Biden-Harris logo (Biden's vice presidential running mate is California Sen. Kamala Harris), while another has a "Joe" Pride logo. The free campaign signs are available through the Nintendo Switch Online app or can be downloaded via QR codes.

Christian Tom, director of digital partnerships for the Biden campaign, in a statement told multiple U.S. media outlets that Animal Crossing was "dynamic, diverse, and [a] powerful platform that brings communities together from across the world." He added that the campaign intends "to engage and connect Biden-Harris supporters as they build and decorate their islands."

Animal Crossing, a Nintendo game for the Switch console, was released in March and has gone on to become one of the most popular and sought-after games in the world.

In the game, users live on a previously uninhabited island where they develop a society by trying to build shops and other facilities. As the coronavirus pandemic forced people to stay home and away from friends, co-workers and classmates, Animal Crossing turned into an online hangout.

The title has sold over 22 million copies since its release, supporting Nintendo's strong earnings for the April-June quarter, when the company's operating profit surged 427% to a Nintendo record of 144 billion yen ($1.3 billion).

Biden actually followed Democratic Rep. Alexandria Ocasio-Cortez into Animal Crossing. AOC, as she is known, visited strangers' islands in May, leaving messages on town bulletin boards as well as interacting with other gamers by exchanging fruit and other items. The avatar for the House of Representatives member wore a hand-drawn campaign shirt that said "AOC" on it.

Other Hong Kong activists and protesters hemmed in by pandemic-related social restrictions joined in by creating protest signs and graphics. Animal Crossing thus made it possible for protesters to hold demonstrations out in the (virtual) streets.

China's government later appeared to ban the game in an effort to stem the flood of pro-democracy and anti-government messages.

Hideki Yasuda, an analyst at Ace Research Institute, points out that the reason people are carrying out political activity within Animal Crossing is because of the game's wide user base. "Also the fact that the pandemic has popularized gaming has also motivated this movement," he notes, adding that "other games could also be used in politicking in the future."

Black Lives Matter protesters have also taken their cause to Animal Crossing. In addition, some users organized virtual vigils on the 31st anniversary of the Tiananmen Square crackdown.

Viral video-sharing app TikTok and other social media sites have also turned into political platforms, especially among those in their teens and 20s.

TikTok was launched back in 2016 by Chinese internet company ByteDance and has since spread globally to gain more than 800 million active users. It has become widely popular in the U.S., where data by Statista shows that over 60% of its user base is comprised of those between 10 and 29 years old.

The app has become a platform for young people and influencers to express their political beliefs and show support for parties ahead of the U.S. election. In June, some users called on people to help artificially inflate registrations for Trump's rally in Tulsa, Oklahoma.

A July study by U.S. research consultancy Reach3 Insights revealed that more than three-quarters, 77%, of TikTok users stated that the app had helped them to learn about politics as well as social justice, showing that social media has proven itself as a tool for political activism.

The global success of Animal Crossing and TikTok means that future real-world demonstrations can easily be coaxed to cross over into the digital world.