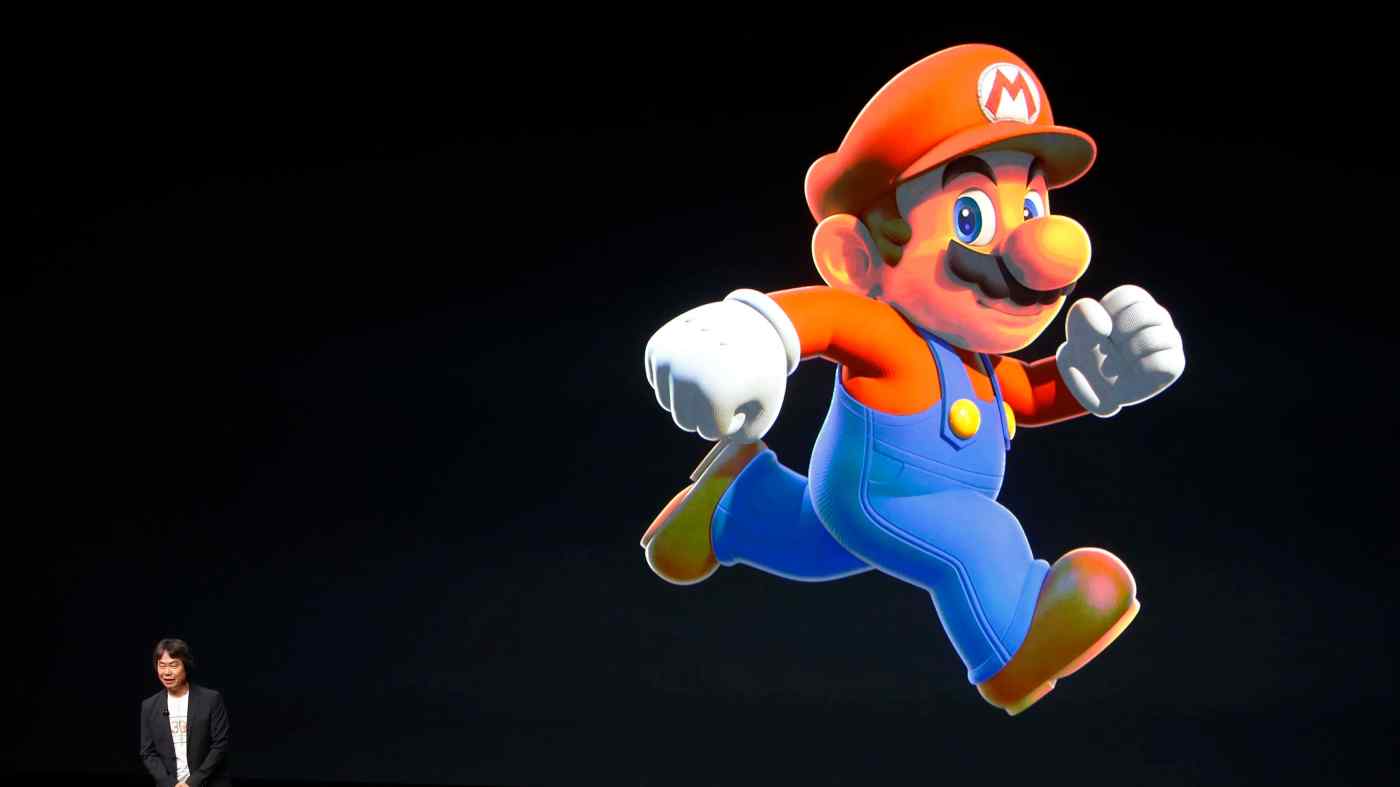 The creator of "Super Mario" has been a huge fan of Mickey Mouse, but thinks his own character could one day supplant the Disney star as arguably the world's most famous cartoon character.   © Reuters
NATSUMI KAWASAKI, Nikkei staff writerNovember 23, 2019 13:22 JST | Japan
CopyCopied

A lifelong fan of the Disney character he aims to unseat, Miyamoto -- the creative mastermind of Kyoto-based Nintendo and now a representative director -- met with the media recently in an interview that ranged from his past achievements to his future vision.

In October, the super creator was selected as a Person of Cultural Merit, a Japanese award honoring people who have made outstanding cultural contributions to the country. "I'm not quite comfortable being in the spotlight," he said, smiling but looking more than a little embarrassed. "It's really a stroke of luck that video games have become an integral part of Japanese culture."

Despite his celebrity status in the gaming world and long list of achievements, Miyamoto's remains low-key, almost self-effacing. "You can achieve nothing alone," he said, revealing the importance he places on teamwork. "I'm proud of the fact that many of the original members [of Nintendo's development team] are still working with me at headquarters."

Miyamoto spent much of his youth as an aspiring cartoonist. He had to eventually give up his dream of becoming a manga artist, citing "hurdles that were too high." But his passion for manga remained, driving his efforts to transform gaming from a geeky hobby into entertainment for everybody.

Manga has its roots in traditional Japanese of storytelling, relying heavily on pictures to tell a story. The genre became firmly entrenched in the nation's popular culture through the proliferation of cheap manga magazines starting in the early 20th century. As TVs found their way into virtually every household, manga found a new incarnation as anime. Shigeru Miyamoto: "I intend to keep trying to create something new that brings smiles to people around the world."   © Reuters

Video games have progressed similarly, moving from the limited confines of geekspace into living rooms across the country. As the digital age dawned, video games took on a whole new look. "Every new technology led to a new Super Mario," Miyamoto said.

Upon joining Nintendo in 1977, Miyamoto spent much time trying to get his creations reviewed in magazines. After his popularity skyrocketed on the backs of Mario -- the creator's alter ego -- and his pet Donkey Kong, Miyamoto started viewing Mickey Mouse not just as a source of inspiration, but also as a goal. Could Mario become as universally admired as the ultimate embodiment of pop culture?

Working in Kyoto -- the nation's capital of traditional Japanese culture -- also factored into the success of Miyamoto and that of Nintendo. He recalls how in his 20's he believed one had to live and work in Tokyo to make it as a leading game designer. He soon realized, however, that "following cutting-edge trends is not everything."

After moving to Kyoto, he developed the Donkey Kong arcade game, where Mario -- or Mr. Video, as Miyamoto initially called him -- made his debut. The game catapulted Nintendo to global fame after its successful debut in the U.S.

Tucked away in the relative quiet city free from the endless barrage of trends sweeping Tokyo, Miyamoto sought to create entertainment that transcended borders. It required a somewhat vanilla approach, but would free him from the creative bother of having to tailor his work to different cultural norms. He also wanted to avoid any religious elements so his creations could be accepted universally.

Miyamoto says his underlying objective in product development is to create "games that are fun even for bystanders." This means making games complex and fascinating. Miyamoto wants to entice casual observers into actually wanting to join in.

He also knows that most gamers like a good fight. His action-adventure game "Legend of Zelda," which debuted in 1986, does not disappoint. "When you first play the game you get stomped, even by weak enemies," he said. "But as you progress, you eventually become a superhero, handing out regular beatings to the characters who once had you down." The game has grown into a hugely successful franchise, having sold over 106 million copies worldwide. 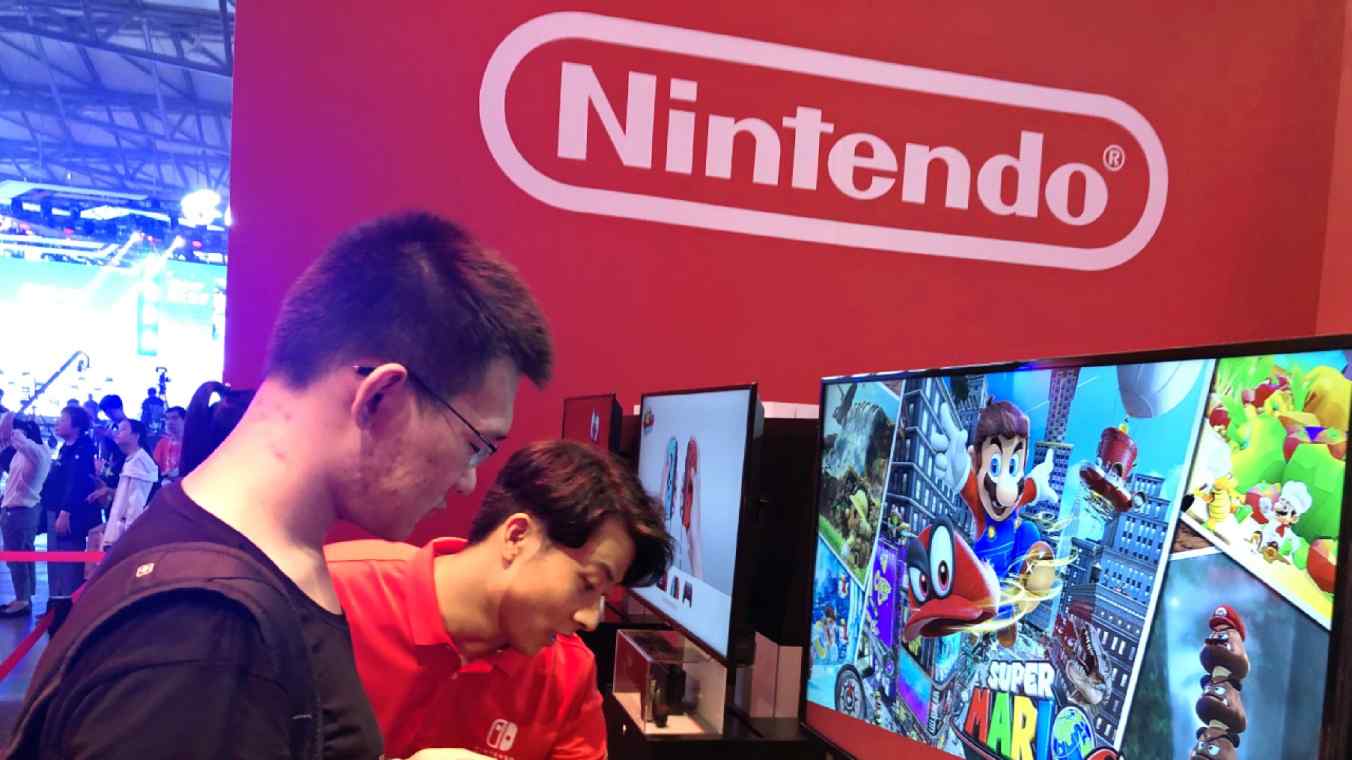 Tencent turns to Nintendo and 5G to reboot game business

Mario, however, will remain the face and primary cash cow of Nintendo. In moves to leverage the character's appeal, a Mario-themed attraction called "Super Nintendo World" will debut in the summer of 2020 at Universal Studio Japan, followed by a launch at the park's namesake in America. These come on the heels of the Mario Shopping Kart character goods shop that opened this month in Tokyo -- Nintendo's first official store in Japan. A movie featuring Mario is also in the works and is due to hit theaters in 2022.

Miyamoto says his creative direction has been changing. For many years, he tried to maintain a certain consistency with Mario. While this has given the character an air of familiarity, it has cramped Miyamoto's style. For example, if Mario is known to like certain foods, the character cannot suddenly develop a distaste for them in subsequent episodes.

It is not just a sense of altruism that has guided Miyamoto. The approach ensures that Mario will not die with him, essentially leaving successive generations of creators with a template that can evolve with the times, just as Mickey Mouse has done long after the death of Walt Disney.

But there are other hurdles."Many parents want to keep their children from playing video games," Miyamoto said. "But these same parents have no problem allowing them to watch Disney movies." This contradiction bothers Miyamoto and could thwart his plans to topple Mickey. "We cannot seriously challenge [Disney] unless parents start feeling comfortable about their children playing Nintendo."

With the "Super Mario" game boasting sales of some 361 million copies worldwide, Miyamoto feels his character can just about hold its own against Disney's fabled mouse as regards cultural impact and financial success. But he still thinks he has a long way to go before Mario becomes as thoroughly ingrained in the global psyche as Mickey, a journey that may take generations.

In the meantime, the creator continues to do what he does best. "I intend to keep trying to create something new that brings smiles to people around the world without focusing too much on what we have already created," he said.