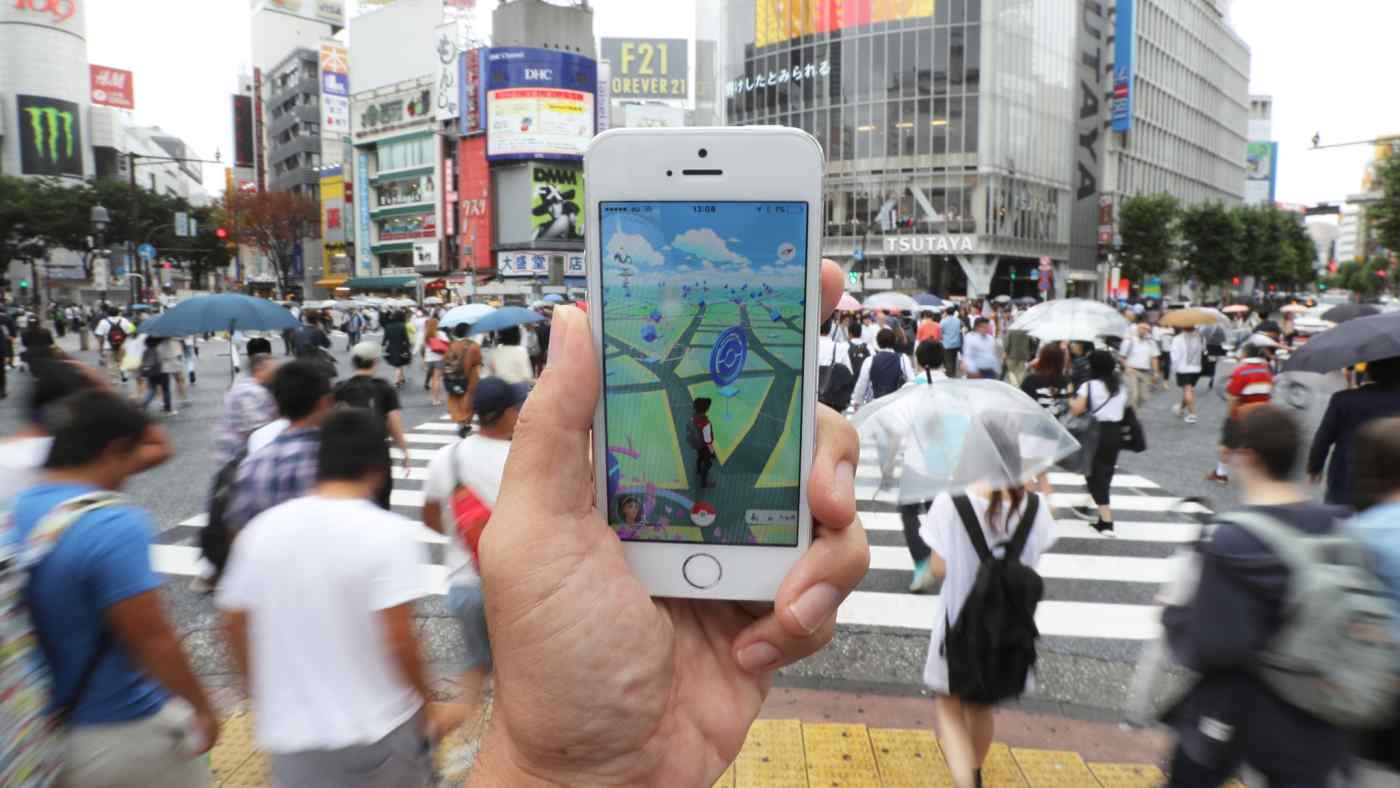 TOKYO -- Five years after its launch, Pokemon Go monsters still run amok in the world and are chased by a legion of fans.

Among those on the monster hunt is an avid fan in his 40s who has played the game every single day.

"At first it was just about collecting Pokemon, but more ways to play have been added in, like [different types of] battles between Pokemon," said the man, who lives in a Tokyo suburb. He has caught more than 200,000 of the titular monsters.

The game that marked its fifth anniversary in Japan on Thursday still has well over 3 million players there alone, a testament to staying power rarely seen in the mobile gaming world.

As an augmented reality game, Pokemon Go overlays virtual elements on the real world, with players visiting parks and landmarks to get Pokemon and items. Though the crowds that used to gather to snag rare creatures are no longer a common sight, that does not mean the game has lost its allure.

The game was developed by San Francisco-based developer Niantic in collaboration with Nintendo.

Pokemon Go had 3.6 million players in Japan as of June, according to Tokyo-based data analysis firm Values. This is a far cry from the 11 million players it had right after its launch, but still enough to make it the country's second-largest mobile game. Most games lose 70% to 80% of their initial player base within the first week.

The game "has leveraged the unique traits of its popular characters and provided more ways to play, creating a new category of location-based games," said Hirokazu Hamamura, former editor-in-chief of gaming magazine Famitsu.

By adding in the 800-plus monsters found in Nintendo's Pokemon series little by little, Pokemon Go has kept players motivated to complete their collections over the long term. And because the game can be enjoyed even without expensive microtransactions -- where gamers pay fees for upgrades -- it is accessible to a wide range of fans.

Quite a few players spend money on it, though. Pokemon Go raked in $1.4 billion from users worldwide in the year through June, according to Sensor Tower -- $300 million more than in its first year, and more than leading Japanese game developer Capcom's overall annual revenue. The five-year tally topped $5 billion.

Meanwhile, the game has branched out in terms of partnerships. Early on, Niantic signed sponsorship deals with retailers and restaurant chains looking to draw in Pokemon Go players. This past March saw the announcement of a contract with Sumitomo Life to offer in-game items to members of the insurer's Vitality program who meet certain physical activity goals.

"Exercise can become monotonous, but by adding game elements, we hope to get members to enjoy improving their health," the member of Sumitomo Life's Vitality strategy division said.

Kaori Saito of Niantic's Japanese arm stressed the variety of different ways that people can enjoy Pokemon Go. "There are people who play for hours a day and people who pair it with walks," Saito said.

This close connection with people's day-to-day lives means that it is essential for the game to evolve as lifestyles change. During the coronavirus pandemic, Pokemon Go adapted by making it easier to enjoy monster battles from home.