Impetus comes from the dominant presence of smartphones made by parent 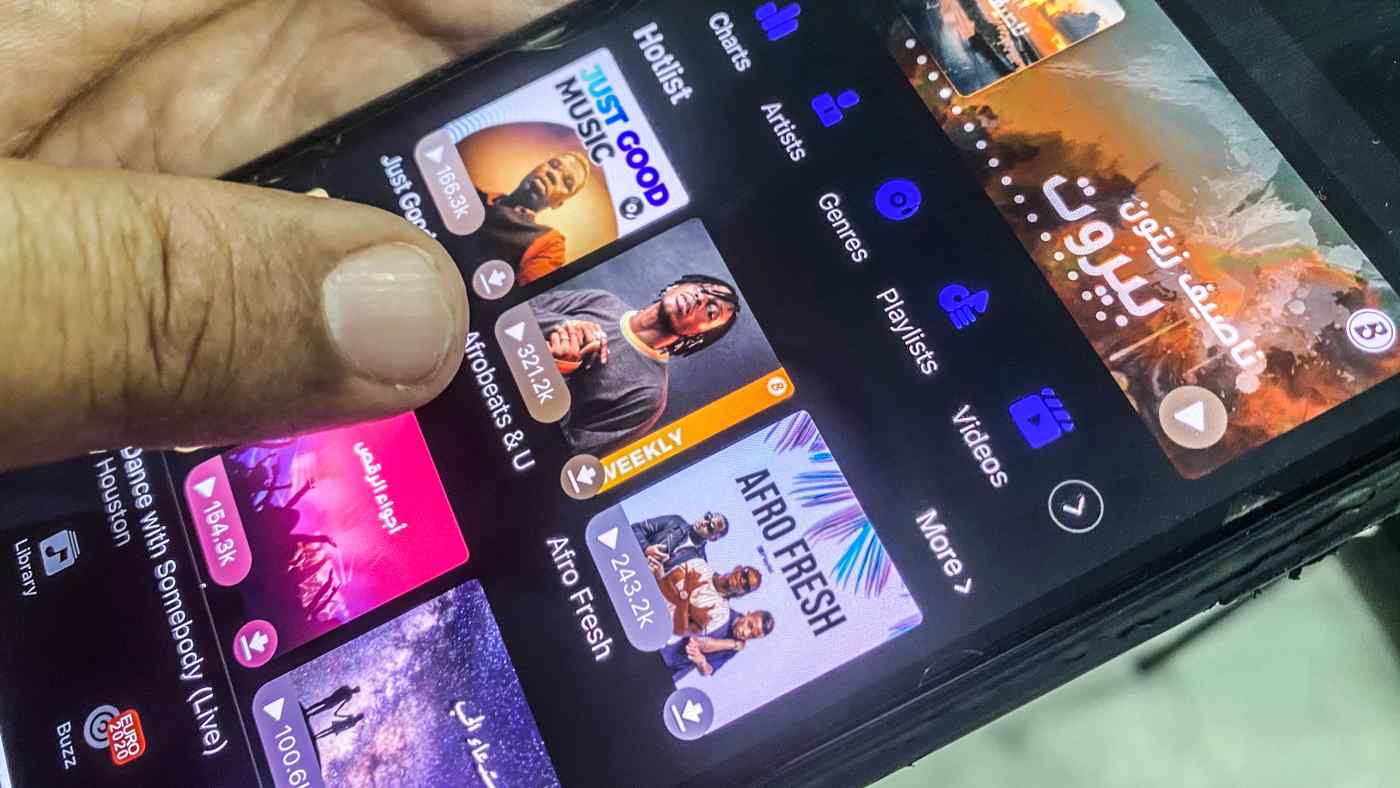 CAIRO -- Chinese music streaming service Boomplay is sharply increasing subscribers in Africa, backed by the rapid expansion of its parent's presence in the smartphone market on the continent.

Boomplay is upgrading its content in cooperation with a major American music company. In addition, rising income levels and widespread use of smartphones in Africa are helping the service penetrate deeper among consumers there.

Boomplay has a clear-cut strategy of specializing in the African market and becoming the continent's biggest digital music platform. In addition to offering a huge number of African tracks to attract local listeners, Boomplay is promoting itself as a stage for African musicians to introduce their work to the wider world.

In March, Boomplay announced an agreement with Universal Music Group of the U.S. to extend licensing of UMG's catalog on its service from seven to 47 countries in Africa. The newly added countries include South Africa, the most developed economy in Africa, and French-speaking nations such as Ivory Coast, in the western part of the continent. Lagos is the biggest city in Nigeria. The use of smartphones is rapidly spreading in Africa.    © Getty Images

Boomplay now has more than 50 million monthly active users. Behind the rapid growth of the service is the widespread use of smartphones produced by Transsion. According to research firm IDC, phones manufactured by the company in Shenzhen, Guangdong Province, under such brands as Tecno captured a 48.2% share of the African market for smartphones in the fourth quarter of 2020, trailed far behind by Samsung Electronics of South Korea at 16.1%.

Prices and marketing routes are probably not the sole reasons for Transsion's dominant presence in the African market, because the company also has adopted technologies matching the needs of African consumers. For its smartphone cameras, for example, the company boasts on its website that it has developed an algorithm to enhance the quality of still pictures and videos of local people by analyzing dark skin tones in its database.

Against the backdrop of music streaming services staging intense competition in Africa, one 28-year-old man in Nigeria said Boomplay is the most popular among young people and streams lots of new music.

Spotify of Sweden announced a decision in February to launch its service in 40 countries in Africa, while Apple of the U.S. made its Apple Music service available in more African nations in 2020. Locally born streaming services such as Mdundo, launched in Kenya in Eastern Africa, are also active, adding fuel to competition.

The GSM Association, which represents the interests of mobile network operators worldwide, forecast that the number of users of mobile internet telecommunication services will rise to 475 million in sub-Saharan Africa by 2025, spelling an annual increase of nearly 10% from 272 million in 2019.

A quarter of the world's population is forecast to live in Africa by 2050, due to the continent's high rate of demographic growth, according to the United Nations. Young consumers wishing to enjoy a variety of music will continue to increase in Africa, in contrast with an aging Asia. Combined with an explosive spread in the use of smartphones in Africa, the market for music streaming services appears to have much room for growth on the continent.