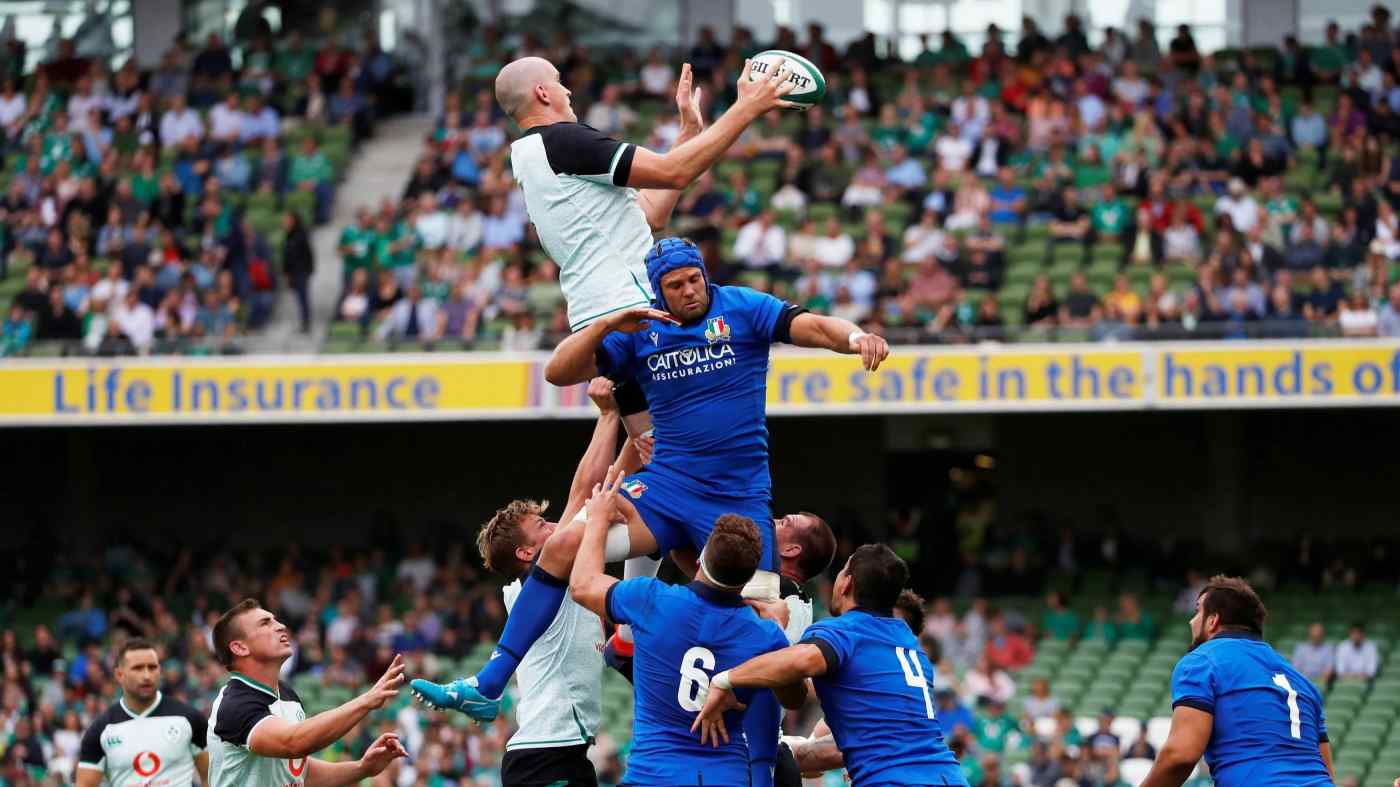 LONDON -- World Rugby is betting that its decision to give up higher broadcast revenues for the 2019 Rugby World Cup in return for greater visibility on free-to-air networks across Asia will pay dividends over the long term.

Only a month to go before the tournament kicks off in Japan, the first Asian nation to host the event, World Rugby CEO Brett Gosper said maximizing the sport's exposure to an Asian audience was a key investment strategy.

"We're willing to sacrifice immediate broadcast dollars for rare visibility in the region of the sport, which we think will have higher returns than just the monetary value of some of these broadcast deals," Gosper told Nikkei Asian Review.

To make the best use of matches being held in a time zone close to target countries such as China and Malaysia, World Rugby said it is prioritizing free to air broadcasters such as Japan's NHK, China's CCTV and RTM for Malaysia, in addition investing heavily in marketing and fan engagement to swell rugby's biggest showcase.

The world's third largest sporting event after the summer Olympics and the Football World Cup, the Rugby World Cup helped earn the sport's governing body earn £129 million ($158 million) in broadcasting revenues in 2015, with the tournament funding around 80% of its ongoing activities.

That makes the RWC the sport's principal revenue source as well as its best opportunity to attract new fans and sponsors.

Reaching 683 million homes in 2015, Gosper said he expects more than 800 million households in 217 territories to tune in to the 2019 RWC, and positioning the sport to engage with a new generation of fans in Asia.

"Just being on that time zone, and just having a global event . . . in the context of Asia and in Japan, creates interest," Gosper said, adding that it also reinforces the notion that rugby is a truly global sport.

Asia, which is now the world's fastest-growing region for rugby fans with China and India in the top three rugby following nations, and Japan is now the third biggest broadcast market of the Rugby World Cup, behind only England and France.

The Tokyo 2020 Olympics is expected to give the sport an extra boost in Asia, with Rugby Sevens -- a shorter version of the game -- an Olympic sport since 2016.

"Every time there's an Olympics or a World Cup," said Gosper, "each of those six days of the Olympics, or six weeks of Rugby World Cup, push almost 10% more new fans into the sport."

That translated to about 16 million new fans in eight markets during the last Olympics, with World Rugby estimating that this year's World Cup will add 30 million fans in total, with up to 25 million coming from younger fans in emerging rugby markets.

Grassroots participation is also a focus, with World Rugby adding 1.16 million new players in Asia since the beginning of 2018, partly through the introduction of tag rugby program in schools in conjunction with the Japan Rugby Football Union and Asia Rugby.

According to research by sport consultancy firm Gemba, the Asia Pacific region has the ability to contribute 31% of total revenues towards the rugby economy, based on fan bases and consumer purchasing power, despite fierce competition from European football clubs.

"It is a very competitive space, no one is just going to give it to rugby," said Gemba director Rob Mills."Putting your best content in the region is a really important statement."

In the same way that top European football clubs have opened offices and training centers across Asia to attract fans and players and establish a presence, said Mills, there is a sense that the same opportunity is going to open up in China for rugby.

"Because it's now an Olympic sport, there will be a hunger from the government, but also from major corporates, to help make them more competitive in rugby," he said, adding that this will probably lead to a greater appetite for commercialized expertise.

According to Gosper, while rugby is still "a very big sport in a handful of countries," the fact the it's also popular in a diverse range of countries shows potential for creating a larger number of geographic markets.