Seoul's 'BTS museum' lures fans to the world of K-pop 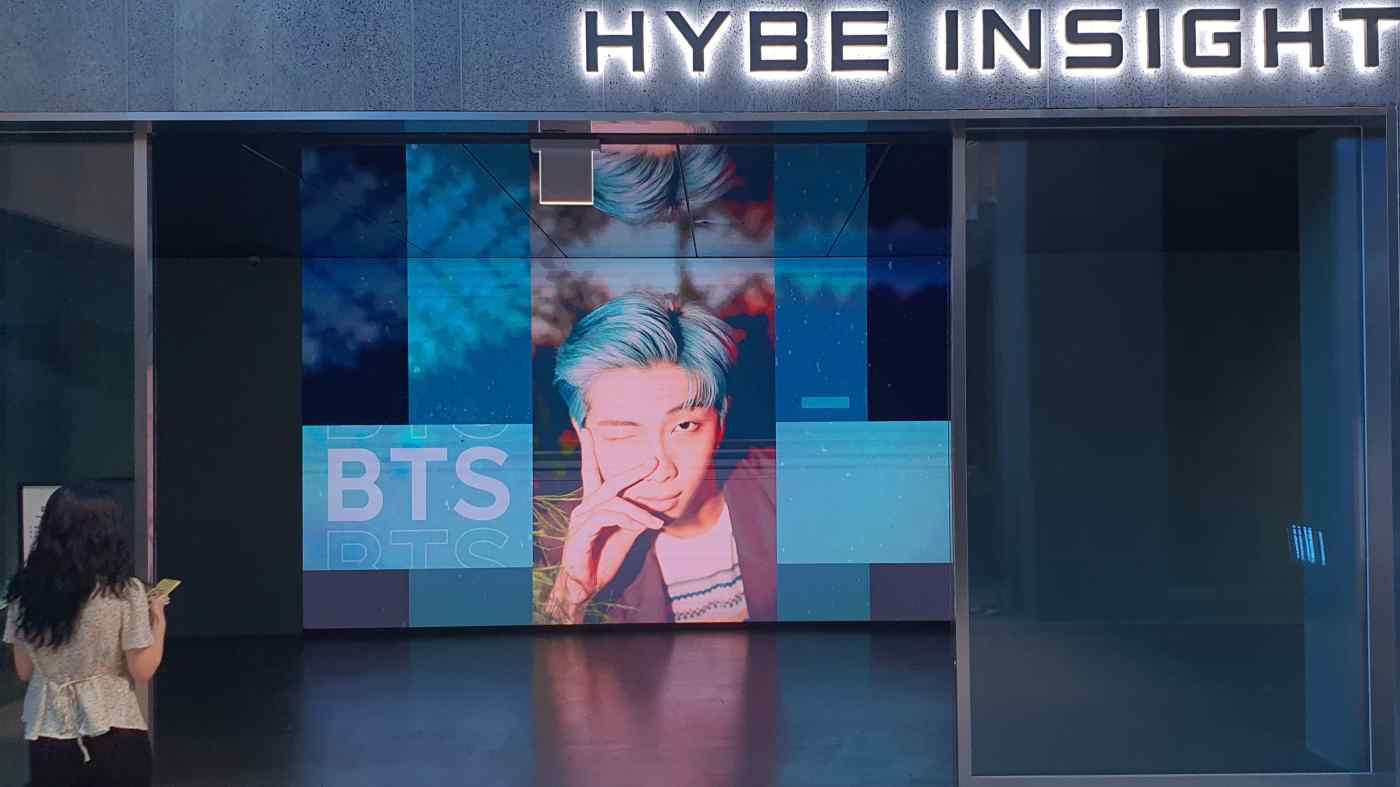 SEOUL -- Hybe, the company that manages K-pop sensation BTS, has opened a "museum" in Seoul that lets visitors explore the music of the seven-member boy band and other artists.

Five minutes' walk from Yongsan Station in the heart of Seoul, Hybe Insight occupies a 4,700-sq.-meter space in the basement of the company's new headquarters. Hybe, formerly called Big Hit Entertainment, opened the museum in May to showcase its artists' music and stage performances.

To enter the museum, visitors must make a reservation by downloading a smartphone app. Starting at 11 a.m., groups of up to 50 people can enter at 25-minute intervals. The last tour begins at 6:55 p.m.

Saturday and Sunday tours are almost fully booked one month in advance, but open slots are fairly easy to find on weekdays. Admission is limited to people 14 and older and costs 22,000 won ($19.35) per person.

Visitors receive a QR code just before they enter, which a reader scans to open the gate. Once inside, they are given some brief guidance by museum staff. Tours are "led" by the prerecorded voices of BTS members and others. Visitors can choose the narrator they want to explain the exhibits.

On a recent tour of Hybe Insight, there were 45 visitors, the vast majority of whom were young women -- likely members of the "BTS Army," as die-hard fans are called. There were only three men in the group.

Visitors first enter a mock-up of a music studio, where they can experience mixing the sounds of various instruments used by Hybe artists. Next they see footage of a live dance performance on three large screens, each measuring 3 meters high and 7 meters wide. life-size images of artists are projected onto big screens at Hybe Insight. (Photo courtesy of Hybe)

In another section, BTS members talk about the challenges of producing music. "I first create lyrics from keywords and then add melodies," says the group's leader, RM. "I'm trying to expand a scope of my experience to produce good music."

The highlight of the tour is a 360-degree screen that displays Hybe's history since its founding as Big Hit Entertainment in 2005. The screen is in a room as wide as a tennis court. Around 240 trophies won by BTS and other Hybe artists adorn the wall. 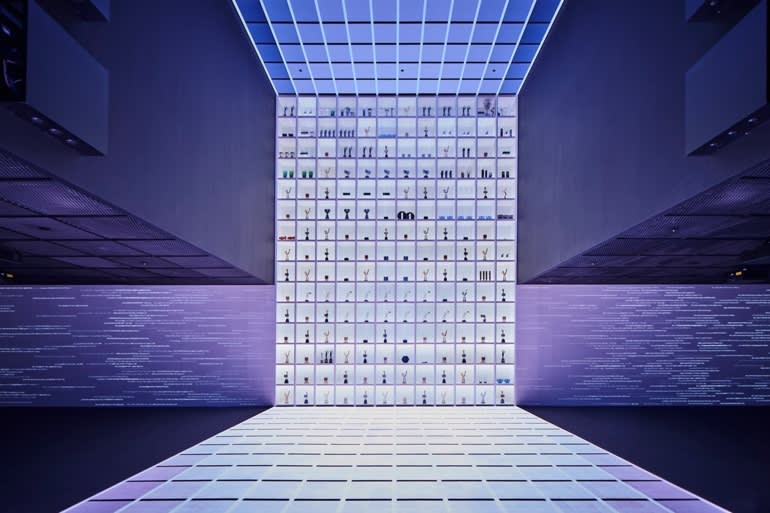 Various trophies are on display in the 360-degree theater. (Photo courtesy of Hybe)

In addition to BTS, the museum introduces such bands as Seventeen and GFriend, whose management companies were acquired by Hybe, as well as newer groups formed by Bang Si-hyuk, founder of Hybe, and others. Hybe, which relies heavily on BTS for its earnings, is seeking to promote other artists in its stable.

Touring all four sections of the museum takes an hour and 45 minutes. Because visitors are not allowed to wander around on their own, some in the group seemed to lose interest in exhibitions near the end. 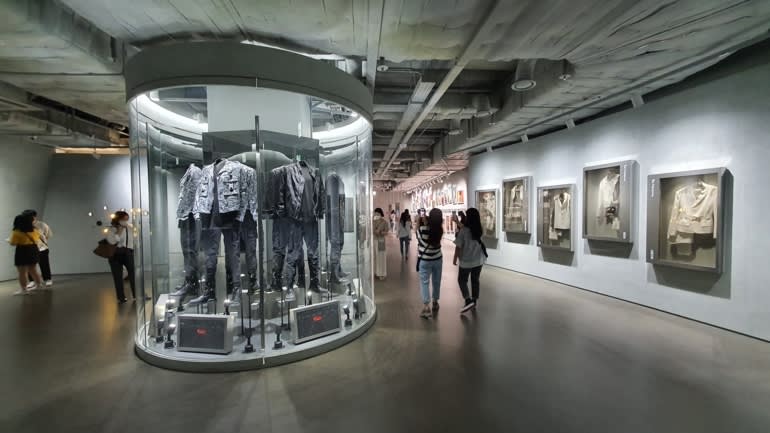 Stage costumes and other items used by Hybe artists.

The tour ends at the souvenir shop, which offers many items, including 3,000 won pens bearing the Hybe Insight logo, but few BTS goods other than 19,000 won photos of the band. "I'm disappointed," said a visitor who had expected a larger selection of BTS goods.

While written exhibit guides are mostly in Korean, some English voice-overs and written guidance is available. The smartphone app allows users to select guidance in Korean, English, Japanese or Chinese.

Last October, BTS rang up nearly $50 million from two days of online live concerts that attracted nearly 1 million paid viewers in 191 countries and regions. The museum seems certain to become a new place of pilgrimage for fans from Japan and elsewhere once COVID-related travel restrictions are lifted.