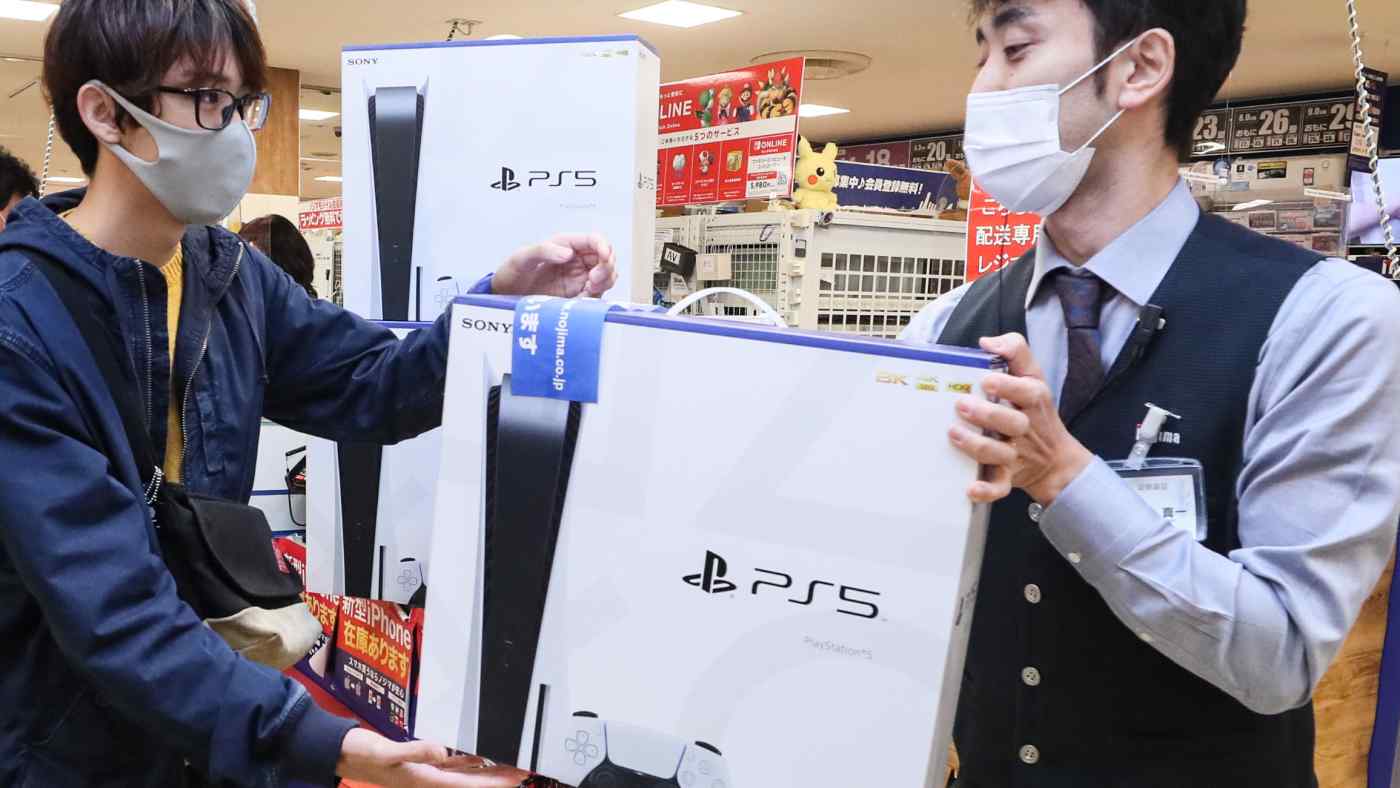 TOKYO -- Sony Group, which expects to sell the most consoles in its history in the fiscal year beginning April 2022, is aiming to produce at least 22.6 million PlayStation 5s so it can reach that goal.

Jim Ryan, president and CEO of Sony Interactive Entertainment, the group's gaming unit, said during the company's Investor Relations Day presentation on Thursday, that SIE will "make sure FY2022 will be the highest year" for console sales.

Sony's best year for console sales was fiscal 1998, when it sold 22.6 million consoles of the original PlayStation. PS2, Sony's bestselling console of all time at over 155 million units, logged an annual sales peak of 22 million units in fiscal 2002.

His pledge comes as an acute chip shortage is clobbering a wide range of businesses, including automakers and tech players.

Last month, Sony announced plans to sell over 14.8 million units of its next-generation PS5 console for the year through March 2022, a target that exceeds second-year shipments of the successful PS4.

The group, however, admits that the chip squeeze is making it difficult to keep up with demand and that continued constraints could hinder output.

Ryan also said the PS5 is close to becoming profitable and that production of the standard hardware version is expected to enter the break-even point next month. Sony also has a digital version of the PS5.

The SIE chief stressed that various factors will drive growth for the PS5 and its overall gaming business going forward. The factors include cutting-edge technologies like virtual reality and cloud-based gaming, as well as the PS5's China release.

The PS5 landed in China earlier this month, and Ryan said "market reception has been absolutely extraordinary."

He noted that the company will expand local marketing investments, focus on forming local partnerships and produce made-in-China titles.

"A very different strategy is needed in China," Ryan said, adding that the gaming culture around mobile and domestic content is strong. "We are much more focused on providing locally developed content."

Ryan called China "a complicated and difficult market with regulatory risks," but added that "if we do this right, it could represent a big business opportunity."

China has a population of 1.4 billion and a rapidly expanding middle class.

In further bids to expand its customer base, Sony will accelerate its exclusive content efforts in regard to the PlayStation and monetize its intellectual property by investing more in its powerhouse studios and partnerships.

The company plans to publish more games that can be played on PCs and extend its iconic PlayStation content to mobile games. Ryan said that using its intellectual property in Sony movies and TV shows will lead to "meaningful contributions to Sony's overall results."