Sony partners with 'Fortnite' producer ahead of PS5 launch

Japanese conglomerate to invest $250 million in US developer Epic Games 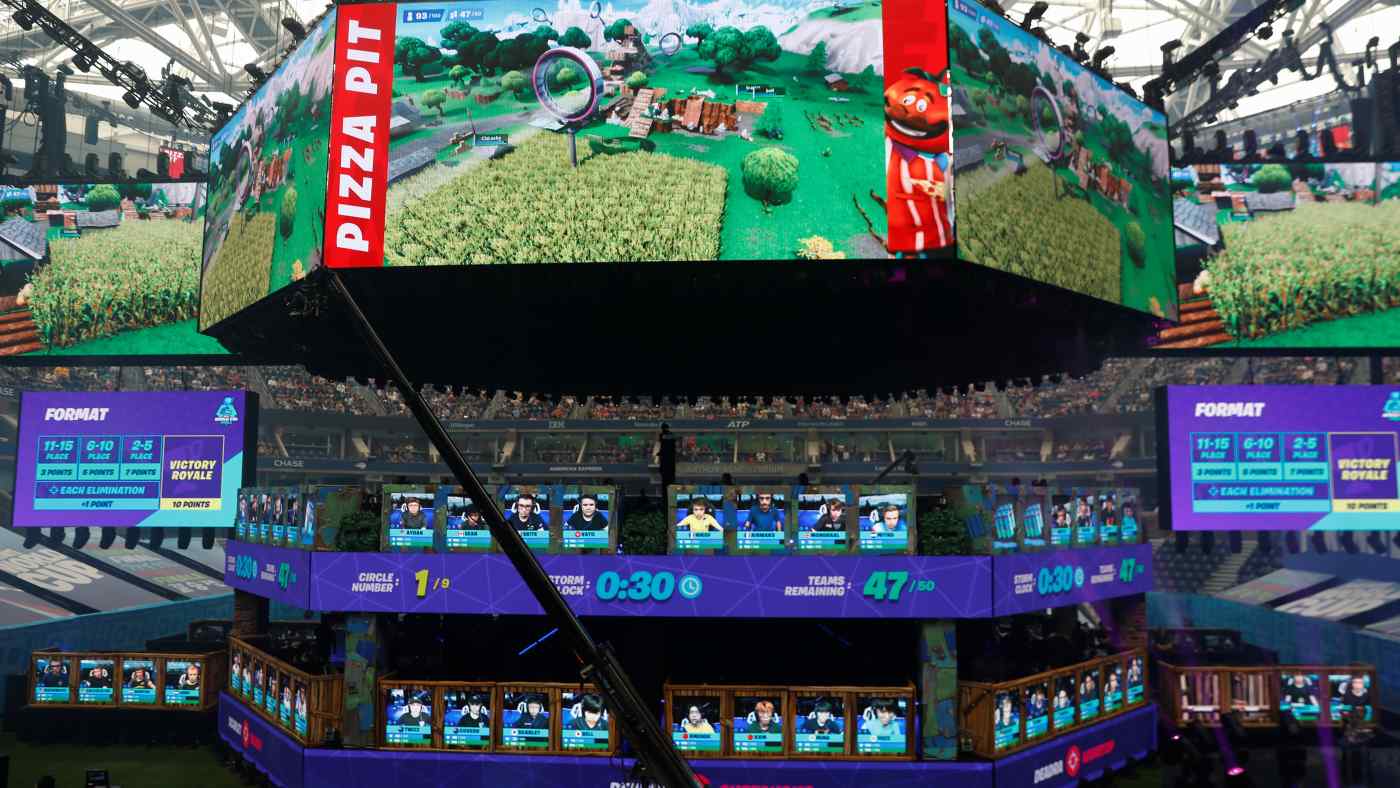 TOKYO -- Sony has acquired a small stake in the creator of smash hit "Fortnite" in a $250 million move that highlights the Japanese conglomerate's determination for a successful PlayStation 5 launch amid an intensifying battle in the game console arena.

The move comes ahead of the PS5 launch later this year, a console Sony is positioning as a major driver in its competition with rivals Nintendo and Microsoft.

Along with "Fortnite," Epic is known for its advanced "Unreal Engine," which is used in a variety of games. Sony will be able to utilize Epic's technology and have PlayStation games use the engine, which promises gamers more detailed and high definition graphics as well as faster downloads during gameplay.

The two companies already have a business relationship in which Epic sells its games to Sony as a third-party publisher. Now Sony has not only gained access to Epic's game engine but will also be in position to collaborate with the developer on movie and music projects.

Tim Sweeney, founder and CEO of Epic said in a statement that "Sony and Epic have both built businesses at the intersection of creativity and technology, and we share a vision of real-time 3D social experiences leading to a convergence of gaming, film, and music."

Investors favored the news, with Sony shares jumping nearly 3% on Friday. The stock price has bounced back 40% from its low in March, recovering levels prior to the coronavirus outbreak.

Hideki Yasuda, an analyst at Ace Research Institute, said, "PS5's strength is that it will have faster download speed. But Sony will need Epic to optimize its newest engine to match the PS5."

Back in May, Epic revealed Unreal Engine 5. The developer showcased new technology, including a feature called Nanite that generates "virtualized micropolygon geometry," according to Epic. This means that the newest engine will allow games to have movie-like qualities. Epic has stated that its goal in its next-generation hardware is "to achieve photorealism on par with movie CG and real life."

"The partnership is basically making sure that PS5 will be able to exploit the advantages of Unreal Engine 5," Yasuda said.

Games from other console makers such as Microsoft will also take advantage of Unreal Engine 5, but not until later next year when Epic is expected to launch the new hardware.

Sony CEO Kenichiro Yoshida said in a statement, "Through our investment, we will explore opportunities for further collaboration with Epic to delight and bring value to consumers and the industry at large, not only in games, but also across the rapidly evolving digital entertainment landscape."

Epic Games was established in 1991 and is based in North Carolina. Its battle royale game "Fortnite" is a global sensation, with over 350 million registered players. Back in 2012, Chinese internet giant Tencent acquired a 40% stake in Epic for $330 million.

The gaming industry has thrived during the coronavirus outbreak, as more people stay at home and take up gaming to kill time.

"Engagement and revenues are set to grow due to the lockdown measures," Newzoo pointed out, adding that COVID-19 could negatively impact physical distribution and "result in game delays in the future."

Nintendo has been a huge beneficiary of the coronavirus, with its Nintendo Switch title "Animal Crossing: New Horizons" selling over 11 million copies worldwide. The company also sold 21 million Switch consoles in the year ending March, surpassing its estimate of 19.5 million, thanks to a surge in demand during lockdowns.

Meanwhile, Sony has struggled to sell its PlayStation 4 console, released over six years ago. The electronics-to-entertainment company has been able to support its game business with its subscription models. PlayStation Plus, which allows users to access online multiplayer games for a monthly fee, experienced a 2.7 million increase in subscribers over the three months to March. The service now has over 41 million subscribers.