TOKYO -- Sony expects its highest-ever net profit for the year ending March as its strengths in entertainment content like games, anime, and music streaming prove successful during the coronavirus pandemic.

The company on Wednesday revised up its net profit forecast to 1.085 trillion yen ($10 billion) for the current fiscal year, up 86% from a year ago. The profit figure would surpass an all-time high of 916 billion yen recorded for the year ended March 2019.

The record performance will be supported by a 7% jump in revenue to 8.8 trillion yen and an 11% increase in operating profit to 940 billion yen, boosted by pandemic-fueled demand for home entertainment.

The conglomerate's subscription-based gaming services have continued to be popular among gamers, especially PlayStation Plus, which pulls in monthly subscription revenue for its online multiplayer games. Subscribers of PS Plus have exceeded 47 million users by the end of December, increasing 22% from a year ago as the pandemic kept many at home.

Sony said it had so far sold 4.5 million units of its latest console, PlayStation 5, which was released in November. An increase in hardware sales, as well as popular game titles like "Marvel's Spider-Man: Miles Morales" which has sold over 4 million copies, has helped to offset higher marketing and promotional expenses.

The company now expects a 42% rise in annual operating profit to 340 billion yen in its gaming business.

"We are on track to sell over 7.6 million units by the end of this fiscal year," Chief Financial Officer Hiroki Totoki said at a news conference, reiterating company hopes that PS5 shipments will surpass the PS4's sales over a similar period after its launch and become its biggest console debut ever.

Meanwhile, Sony faces some headwinds including a global chip crunch, as well as rising criticism over its failure to supply gamers at home. 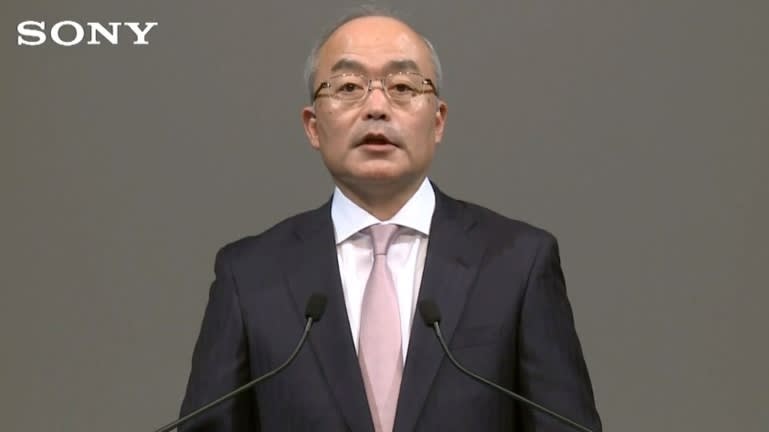 Totoki acknowledged the impact of the chip shortage but said, "We expect PS5's high demand to continue into next fiscal year and will do our best to meet that demand."

He added that Sony is aiming to sell more than 14.8 million units of PS5 next fiscal year, which will be more than the number of PS4 shipped during its second year after being launched in 2013. "We will make efforts to secure enough materials," he said.

The film was released in theaters across Japan in October and has become the country's highest-grossing film. Lockdowns due to COVID-19 also led to a surge in the number of viewers of the TV anime version of Demon Slayer on streaming platforms.

The company forecasts a 26% jump in annual operating profit to 180 billion yen for its overall music business.

Sony also revised up the outlook for its image sensor business, reflecting better-than-expected sales prompted by a resumption in shipments to some customers, including China's Huawei Technologies, one of its main buyers. In October, Sony expressed concern over a slowdown in the business due to the U.S. crackdown on Huawei.

Despite the upward revision, Sony still expects earnings for its image sensor business to decline compared with a year ago. The company said it expects revenue to fall 6% to 1 trillion yen and operating profit to drop 42% to 136 billion yen.

Totoki pointed out that Sony does not expect sensor shipments to Huawei to return to previous levels due to "multiple complicated problems."

He said, "We will continue to diversify our client base," adding that the company will also accelerate efforts to expand its image sensor business to cover not only high-end products but general-purpose products.

For the April-December period, Sony posted a 87% increase in net profit to 1.064 trillion yen, while revenue rose 4% to 6.7 trillion yen. Operating profit jumped 12% to 905 billion yen.