TOKYO -- Sony will leverage the combined strength of group companies to expand its animation business overseas, making it the fourth pillar of its entertainment portfolio after music, movies and games.

"Our group wants to contribute to delivering Japanese anime to fans worldwide," said Sony President Kenichiro Yoshida at a strategy meeting on May 19, describing animation as a "business that embodies the 'One Sony' concept."

Sony unit Aniplex is behind "Kimetsu no Yaiba," or "Demon Slayer," an anime series that stormed Japan and has now launched abroad. The conglomerate aims to make anime a new growth engine through multichannel sales of not only the productions but all intellectual property associated with them.

Aniplex hosted an online anime event on July 4-5, giving glimpses of "Demon Slayer" and another hit "Fate/Grand Order" to fans around the world. Aniplex Online Fest revealed parts of Sony's global strategy: It was streamed on YouTube and Chinese video-sharing website Bilibili. Sony has worked with the latter on content distribution and decided in April to invest $400 million in the platform. Distribution in English and Chinese -- two languages guaranteed to reach consumers around the world -- will maximize export potential.

Sony is not just looking at the entertainment side of anime, but at residuals too. Successful productions generate loyal fans, making for intellectual properties that rivals cannot exploit. Related merchandise, such as movies, games and music, can turn into vast revenue streams. "A hit anime series creates a large and long-lasting fan base, allowing us to profit from diverse sources," says Yoshinori Saito, senior general manager in charge of entertainment. 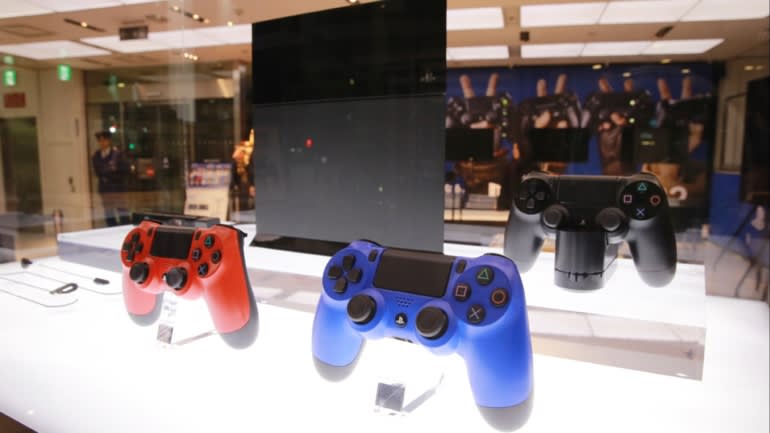 Sony Interactive Entertainment sold a total of 106 million units of PlayStation 4 by the end of 2019, with paid memberships reaching 41.5 million as of March 2020.

This multipronged approach is vital for forays into overseas markets.

The anime business has already become a key revenue engine. Aniplex had a cumulative operating profit of 124.8 billion yen ($1.18 billion) in the three years through March 2020. This is close to the 163.9 billion yen of Sony's movie business in the same period, though direct comparisons of the two are difficult due to different accounting methods. Sony does not disclose earnings of its anime segment, but profit grows when earnings from related games, music and movies are included.

Aniplex has its own formula for generating strong earnings, squeezing profit through multiple channels including music and games. "Fate/Grand Order" is a good example. A mobile game spun off from the series became a smash hit and was the top seller in Japan in 2019 with sales of 71.1 billion yen, according to gaming magazine Famitsu.

Now Sony is banking on "Demon Slayer" for even greater success. Aniplex President Atsuhiro Iwakami wants to make the series a showpiece of Aniplex's prowess. It has already turned the manga into a successful anime, and will now follow with a movie version due out in theaters this summer. Units of Sony will also morph the anime into games for mobile and PlayStation 4, with the possibility of promoting it abroad.

The anime units have become very competitive by focusing on core strengths, with Animax highlighting what it calls the 4 Os: on air, on demand, on ground and original production. This strategy is intended to maximize the value of intellectual property and raise average revenue per user. Most of the emphasis is on original production, with the company merging different teams in July to bolster this capability. Disney expands its content with a focus on popular anime, earning profits from movies, theme parks and video streaming.

Masao Takiyama, president of Animax, the group's broadcasting channel, has said he wants the company to follow Walt Disney's business model, though on a smaller scale. Disney's success hinges on its multichannel business model comprised of animated movies supported by related merchandise and theme parks. The Disney Plus streaming service was launched last year to beef up the business.

Sony has traditionally given group companies a long leash when it comes to content and services, but this approach has resulted in some inefficiencies as its units tended to buy overseas businesses without coordination.

Aniplex acquired a stake in French streaming service provider Wakanim in 2015 and bought Australian distribution company Madman Anime Group in 2017. Sony Pictures Television Networks, an American unit, purchased Funimation the same year. Aniplex and SPT announced in September 2019 that they will merge the three companies and manage them through a joint venture in a head-to-head challenge to Disney and Netflix.

In a sweeping organizational change slated for April 2021, Sony will be called Sony Group, with all units placed under one umbrella. This is planned to make it easier to nurture individual companies for the greater good. Anime is set to be the test case as to whether the new approach works.

A strategy for the anime business is already unfolding. In July, Sony invested $250 million in Epic Games, the U.S. operator of multiplayer online game Fortnite. The game has since become a multimedia platform, with live music events integrated with the game. 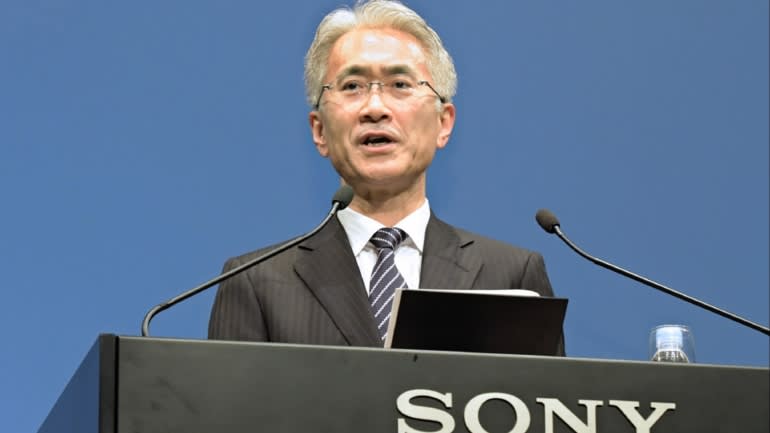 Sony President Kenichiro Yoshida defines the company's purpose as "impressing the world with the power of creativity and technology."

Sony hopes its investments will lay the groundwork for more anime content and a larger fan base while supporting Epic Games' global expansion. Similarly, investment in Bilibili is intended to develop Sony's presence in the Chinese anime market.

Technology is another important tool. Sony and Animax are jointly developing a system that enables voice actors to dub remotely. Dubbing is usually done with several people in a soundproof chamber. The coronavirus pandemic has made this impossible, causing delays in production.

Sony is using its advanced technology to facilitate collaboration between voice actors in separate locations. The success of this hinges on whether Sony and partner Animax can develop a system with minimal latency as well as recording equipment that can ensure high sound quality regardless of surroundings. Included in the system is a video feed that lets actors watch the same images at the same time.

Yoshida wants Sony to "evolve as a technology-backed creative entertainment company." Part of this entails haptic technology, which can infuse anime with a sense of touch. Sony has already developed this to the point where users can feel raindrops fall or notice a tap on the shoulder. Now, Sony and Animax are working on ways to allow voice actors and fans to interact via haptics. 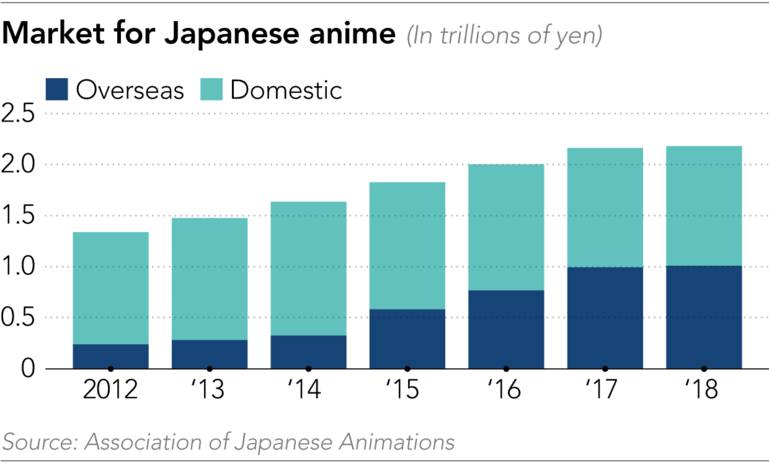 The technology could be used by Animax voice actors for its Showroom livestreaming service. Actors would wear a special vest, receiving haptic feedback when viewers shower them with virtual gifts. This is seen as a way to add value to Sony's online entertainment, especially as live events have dwindled due to the coronavirus.

The overseas market for Japanese amine continues to grow. Sales outside Japan stood at nearly 1.01 trillion yen in 2018, having tripled from 2014, according to the Association of Japanese Animations. But competition is heating up, with Netflix looking to release more Japanese anime. The American company is already stepping up its content production network.