Sony to launch PS5 for $499, teeing up fight with Microsoft 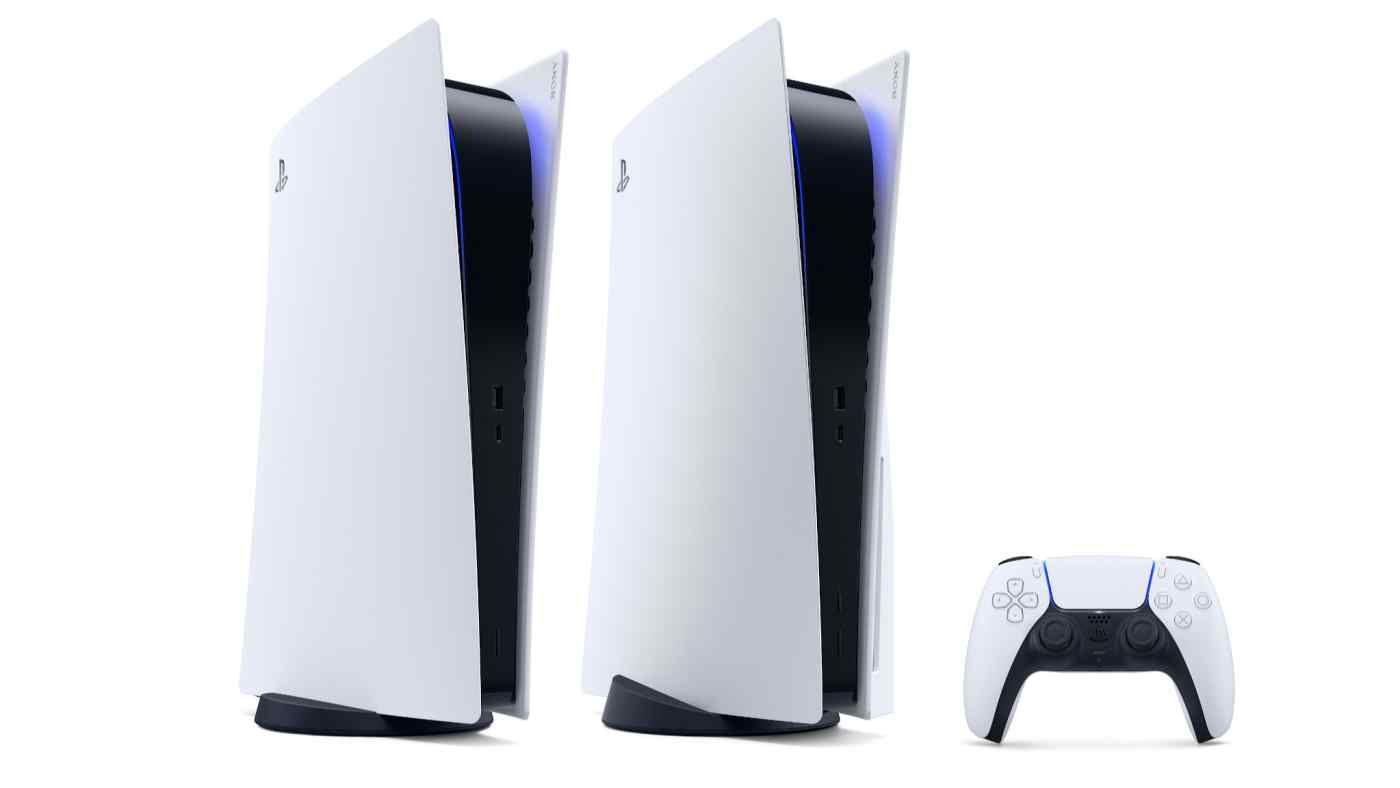 TOKYO -- Sony will debut its next-generation gaming console PlayStation 5 on Nov. 12 for $499, the company said Thursday, setting up a head-to-head battle with Microsoft and its latest version of the Xbox.

The PS5 console will go on sale starting Nov. 12 for countries including Japan and the U.S. with the rest of the world starting on Nov. 19, the gaming giant revealed during an online presentation.

Sony's move follows last week's announcement by Microsoft that the Xbox Series X will debut on Nov. 10 -- also for an estimated retail price of $499.

Sony also announced new game titles for the PS5 which include Final Fantasy XVI by Square Enix, as well as Hogwarts Legacy by Warner Bros. Games.

Sony and Microsoft's next-generation console releases come during a boom for the industry, with more homebound consumers taking up gaming amid the coronavirus pandemic. Competition between the two companies is expected to intensify as they prepare to launch their devices in the same release window.

Both companies also will offer a less-expensive model without a disc drive. PS5's digital edition will be priced at $399 while the Xbox Series S will cost $299.

Jim Ryan, President and CEO of game unit Sony Interactive Entertainment, said PS5 "has the potential" to be more successful than PS4. In an interview with the Nikkei Asian Review, Ryan said he was "incredibly optimistic about the offers for PS5," saying that "our exclusive games for the PS5 are easily the best we have ever had in any platform."

Sony -- which has put entertainment on an equal footing with electronics in its new group strategy -- has prepared a strong lineup of game titles for the PS5 launch to drive demand for the console. One is Marvel's Spider-Man: Miles Morales, a sequel to its 2018 hit Marvel's Spider-Man, which sold over 13 million units globally. The web-spinning superhero has proved a money-spinner for the group's entertainment business.

Microsoft faced some production trouble due to the coronavirus. The company and U.S. game developer 343 Industries decided to delay the launch of Halo Infinite to 2021.

But Microsoft is shifting its business to rely less on physical console sales, seeking to attract more casual game players into its ecosystem by bolstering its popular subscription service, Xbox Game Pass, which has over 10 million users.

The new service, called Game Pass Ultimate, will let gamers play an array of titles for a monthly fee of $14.99, with the option to stream games from the Microsoft library to an Xbox, PC or Android phones and tablets, which could help Microsoft reach a broader consumer base.

Sony and Microsoft have gone head-to-head in console sales for years. In the last "console war," Sony's PS4, launched in 2013, had a big advantage with its $399 price tag, undercutting Microsoft's Xbox One by $100. The PS4 went on to sell over 112 million units worldwide and outsold the Xbox One by an estimate of 60 million units.

Ryan noted, "We tried to do our best in terms of the [PS5] price point," acknowledging that consumers are always looking for the best deals. The spread of the coronavirus "reinforced [our understanding] that the best price point was important," Ryan added.

The digital edition of PS5 is $100 cheaper than the standard version. "It has the potential to bring in new gamers," Ryan stated, adding that it could "appeal to digital consumers who find no meaning in the disc drive." He said that the digital PS5 could also attract mobile gamers with its lower price and reach "a casual audience that we have never been able to."

However, Sony's digital edition will cost $100 more than Microsoft's Xbox Series S. Asked about Microsoft's price advantage, Ryan said: "I would be a fool to deny that price is not a big factor," but said other things were more important. "People want certainty that their purchase will be valid for many years to come and I think PS5 gives them that," he said.

While Sony pushes sales of the PS5, the Japanese group also aims to grow its subscription business, including PlayStation Plus -- a subscription service that lets users access online multiplayer games. The service has experienced a surge in users during the coronavirus pandemic and experienced an 8% rise in subscribers during the April-June period, to over 45 million.

Sony's answer to Microsoft's Game Pass could be its new PS Plus Collection. Sony revealed the service on Thursday, and it will allow players to access a library of games at the launch of PS5 that includes PS4 hits such as God of War and Persona 5.

Ryan said the PS Plus Collection would be a big incentive for consumers to purchase the new console, as it could prompt "gamers who didn't have the PS4 to buy PS5."

Nintendo has been another beneficiary of the surge in gaming during the pandemic, with an increase in sales of its Switch console. The company's hit title Animal Crossing: New Horizons has sold 22 million copies globally since its release in March.

As a result, the Kyoto-based company logged its highest-ever operating profit for the April-June quarter, posting a 427% rise to 144 billion yen ($1.36 billion). Nikkei has also reported that the company plans to boost output of the Switch console by 20% from its initial plan, to 25 million units for the fiscal year through March 2021.