Operating profit expected to rise 3% despite slowdown in gaming business TOKYO -- Sony Group showcased its strengths as an electronics maker on Wednesday, revising up its annual net profit forecast by 40 billion yen ($366 million) on the back of strong sales in digital cameras.

The Japanese conglomerate expects a net profit of 700 billion yen for the year ending March 2022. It trimmed its profit decline from a year earlier to 32% -- previously Sony predicted net profit to drop 36% this year.

Sony also made an upward revision to its annual operating profit. The company, which had initially expected a 3% drop, now anticipates the figure to reach 980 billion yen, up 3% from last fiscal year.

Chief Financial Officer Hiroki Totoki said during an online press conference on Wednesday that "with the shift toward high-grade products, digital camera sales were strong in every region." 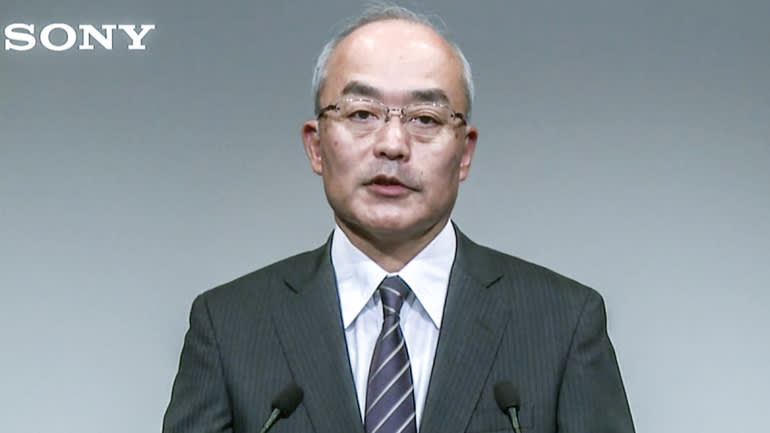 Sales of still and video cameras soared to 116 billion yen, more than doubling from a year ago as people emerged from their COVID hibernation. In addition to strong sales, a favorable foreign exchange rate also supported the business.

Sony has focused on producing mirrorless digital cameras at a higher price range, restructuring its business so it can make products appealing to professionals. Its Alpha 1 model, which can make 8K video recordings, has been a success. Sony has been able to leverage its image sensor technology to develop high-quality electronics.

Sony's entertainment businesses are also riding strong momentum with its music segment seeing a rise in streaming revenue, as well as an increase in sales related to its anime business, especially the popular Demon Slayer franchise. The hit anime was turned into a movie last year and has racked up billions in ticket sales.

Meanwhile, sales in its breadwinner gaming business fell short of analysts' expectations during the April-June period as Sony struggled from a slowdown in COVID-driven demand and lower software sales, as well as add-on content.

For the first quarter, Sony's gaming business recorded a 2% climb in sales to 616 billion yen, slightly lower than the consensus of 661 billion yen. Operating profit declined 33% to 83 billion yen. 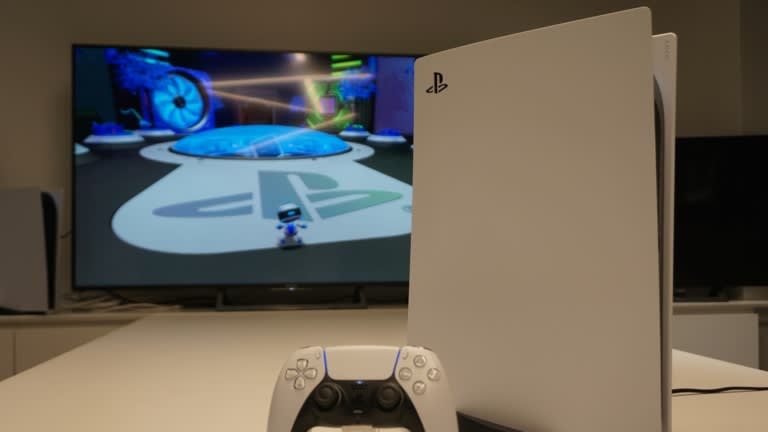 Sony aims to sell over 14.8 million units of its PlayStation 5 console in fiscal 2021. (Photo by Kosuke Shimizu)

Although the company logged 2.3 million units in hardware sales for its next-generation PlayStation 5 console, marketing and other related costs weighed down on profit.

Back in May, Sony Interactive Entertainment President and CEO Jim Ryan had revealed that PS5 would become profitable soon and that production of the standard hardware version was expected to break even in June.

From its release in November to the end of June, Sony has sold a total of 17.9 million PS5 units. The company aims to sell over 14.8 million units in fiscal 2021.

Totoki noted that the global chip shortage has "affected the company in many ways." But he added that the company has taken necessary measures to mitigate the impact and has secured enough chips to produce its goal of 14.8 million PS5 units this year.

In recent years, Sony has been able to grow its gaming business with the introduction and improvement of subscription-based services as it seeks to rely less on physical hardware and software sales. Since the pandemic, subscribers of PlayStation Plus, which pulls in monthly subscription revenue for its online multiplayer games, have remained above 45 million.

Totoki said: "Our user base has been expanding steadily," and that the company's gaming business is on course to grow in the long term.

For the April-June period, Sony reported a 9% rise in its overall net profit to 212 billion yen and a 26% increase in operating profit to 280 billion yen. Revenue jumped 15% to 2.2 trillion yen.

Aside from the chip shortage, Sony also noted that a resurgence in COVID-19 infections in certain countries, including those in Southeast Asia, remain a concern for the company, as it would limit the movement of people and possibly hinder its electronics sales.