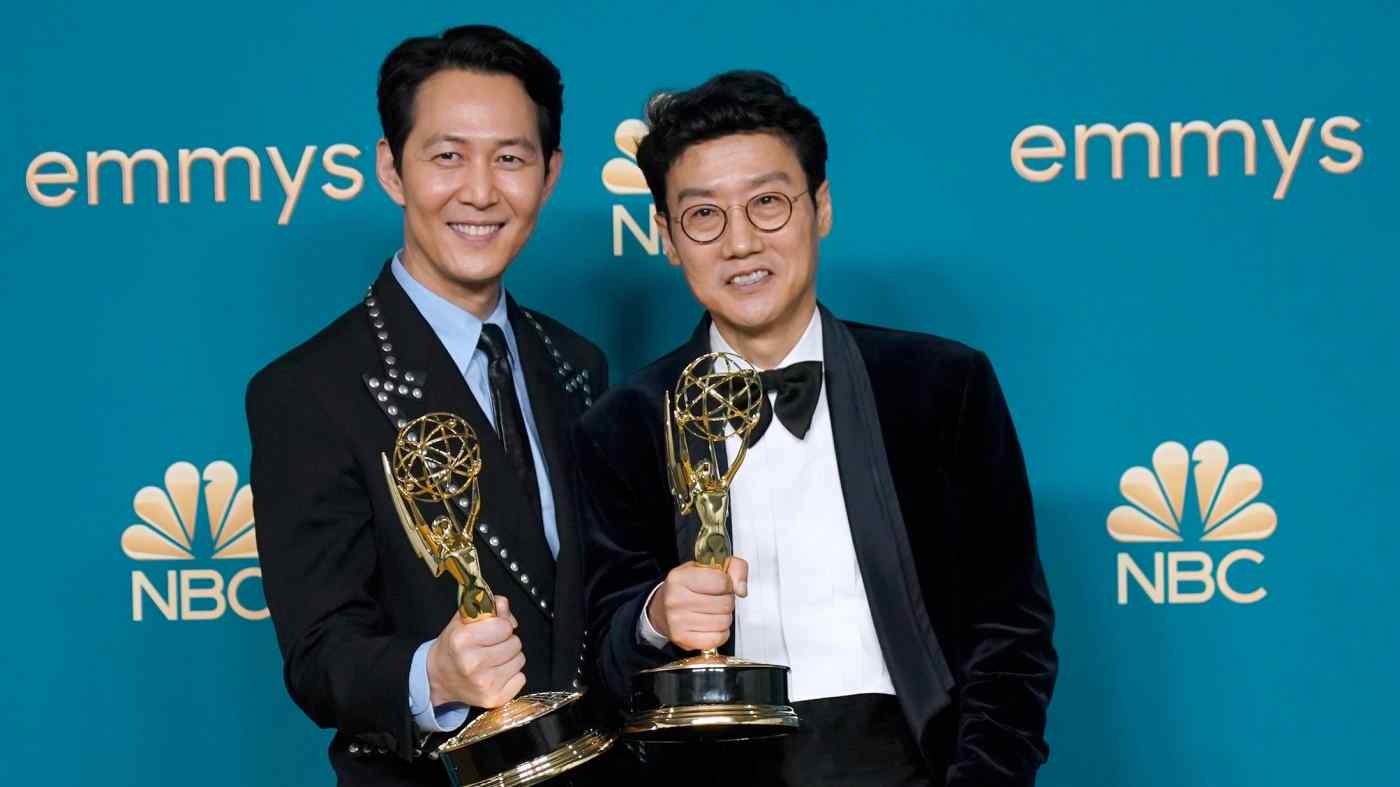 LOS ANGELES (AP) -- "Succession" and "Ted Lasso" topped the Emmy Awards on Monday, in a ceremony that touted the influence of TV and extended honors to global sensation "Squid Game" and winners who delivered messages of empowerment.

"Succession," about a media empire run by a grasping and cutthroat family, split drama series honors with "Squid Game," the bold South Korean-set drama about the idle rich turning the poor into entertainment fodder.