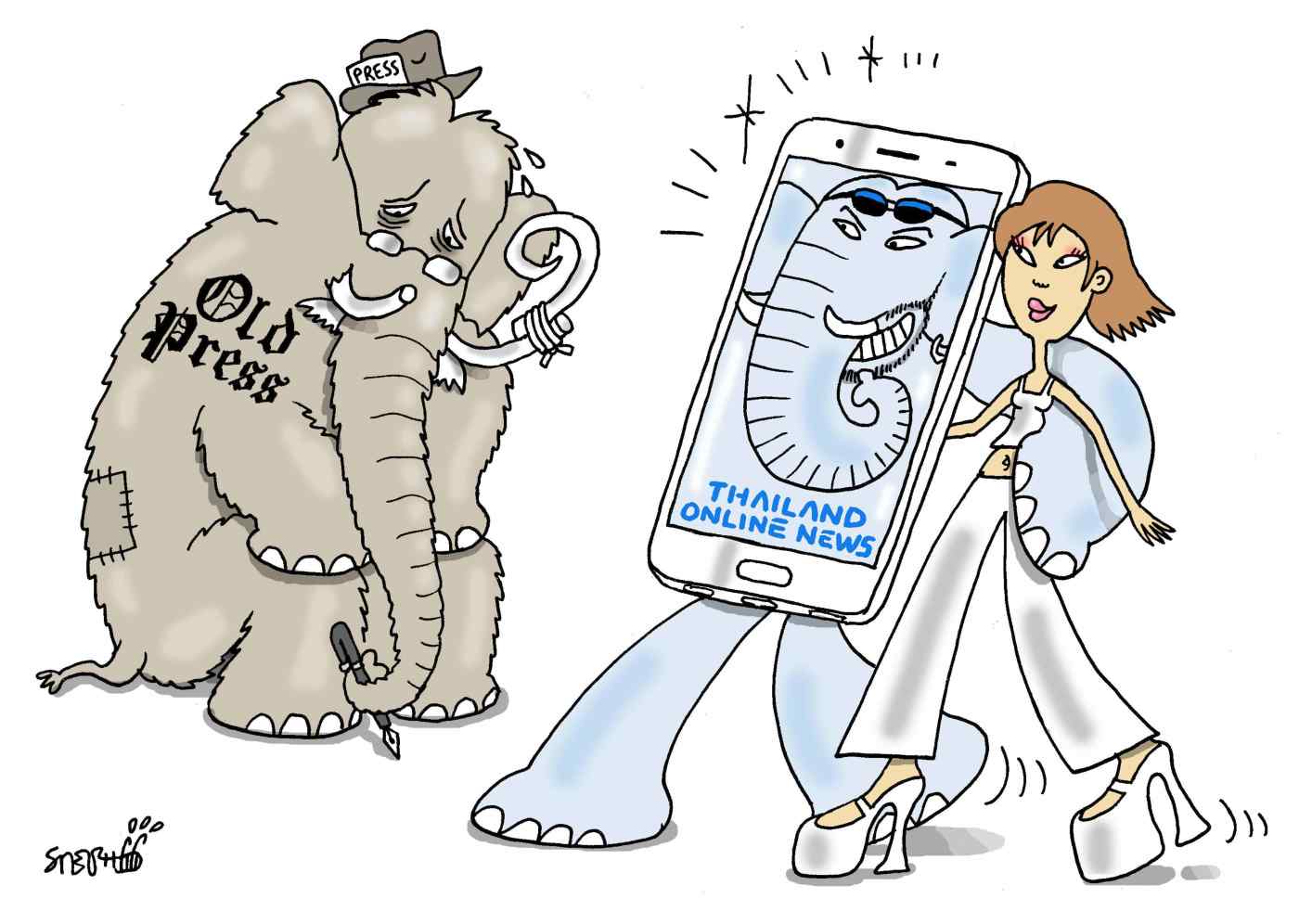 BANGKOK -- As Thais increasingly look online for their information and news fix, fresh digital media are jostling for market share and sounding the death knell for traditional outlets.

The latest venture does not yet have a name but is headed by Voranai Vanijaka, a noted former Bangkok Post columnist who went on to edit GQ magazine in Thailand. Voranai said his team has secured funding for what will be a "hip" news website with a "stylish vibe." Initially at least, access will be free.

"We want to build a new-generation audience," Voranai told the Nikkei Asian Review. According to Voranai's research team, 8 million people consume news content online in Thailand, and 20% of them also click on English-language news media content about the country.

The new website will go online in September with a staff of 12, who will be given shares. It has already secured seven one-year corporate advertising contracts. An editorial board will control over 50% of voting rights to ensure there can be no pressure to run biased copy -- a common complaint among journalists working in Thai media organizations. The site will put up about a dozen articles each day "examining risk and exploring opportunities" to enable readers to make "informed decisions" about Thailand.

Other English-language websites exist without paywalls. Prachatai English has been online since 2004, and provides detailed coverage of human rights issues and political developments. Thai PBS launched its English service in late 2011 during severe floods.

Khaosod English, part of the respected Matichon Group of newspapers, set out in 2013 and has only five staffers, but is growing.

"Some of the most popular stories so far are news that affect the livelihood of foreigners in Thailand, quirky local news -- what we call 'Amazing Thailand' stuff -- and other general breaking news," Executive Editor Chumchan Chamniprasart told Nikkei.

Another company that has been doing well is Coconuts, which publishes mostly snappy lifestyle and light news pieces out of eight cities from Manila to Yangon. Coconuts bills itself as "Asia's leading alternative media company for forward-thinking young people," and claims an average of 4.3 million page visits per month.

Against this backdrop, traditional media are also reaching the digital watershed. The Nation, Thailand's second English-language newspaper after the Bangkok Post, went out of print at the end of June and exists now in a slimmed-down online version.

The latest casualty of media disruption, The Nation had become a shadow of the feisty paper that in its 48-year history helped topple juntas, expose malfeasance and champion social reform. Some fear the recast Nation will be softer and more commercially malleable. 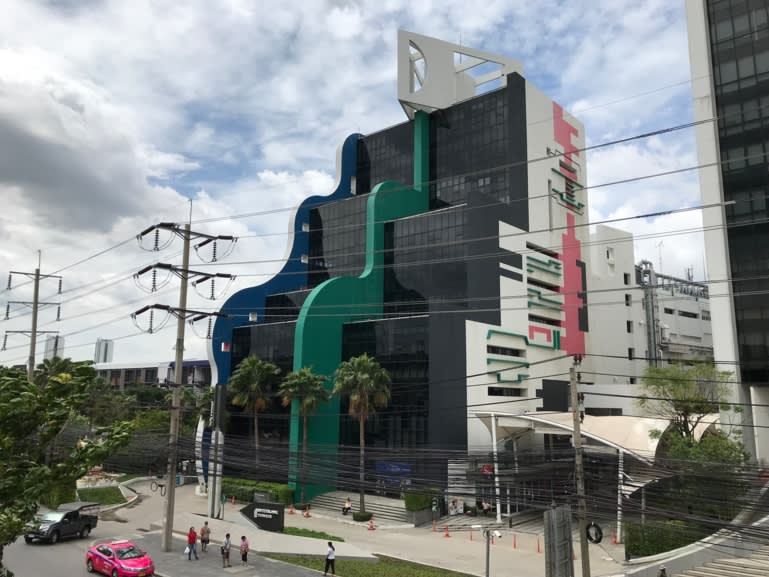 "I'd love to see The Nation take this opportunity to pivot back to the fundamentals of being fair and telling people the truth," said Todd Ruiz, Coconuts managing editor in Bangkok. "The fact the site is throwing up 404 errors every time I click a link isn't an impressive start to their digital dominance."

Print media in Thailand have been bumping along since the financial crisis of 1997 took the first big bite out of advertising revenues and put over 6,000 local journalists out of work. Their fortunes have not been helped by antagonistic governments, deep political polarization and the emergence of disruptive social media that drew away traditional advertising clientele.

According to an audit of 40 advertising agencies in March by Kantar Group, a global data, insights and consulting company, digital advertising in Thailand rose 36% year on year in 2018 to 17 billion baht ($552 million), and is expected to approach 20 billion baht by the end of this year.

By contrast, ad spending in Thai newspapers fell nearly 29% in 2018, and almost 38% for magazines in the same year, according to Nielsen, a consumer research company.

Beyond the departure of consumers from traditional media, newsmakers have also migrated elsewhere. When Sudarat Keyuraphan, a top figure in the opposition Pheu Thai Party, wanted recently to lambaste pro-military parties for self-interested political wrangling, she turned not to reporters but to Facebook, where she could reach a far wider audience instantly.

Despite a small English-reading audience, Thailand raised a crop of English newspapers during the dizzy economic growth of the 1990s, including Business Day, Asia Times, Thailand Times and later Thai Day -- all of which subsequently faded away.

Thai-language publications are in just as much trouble. Baan Muang, a midsized newspaper, closed entirely in 2016, and others are barely clinging on. Numerous magazines that were once household names have gone, including Dichan, Satri Sarn, Kwan Ruean and Lisa.

A foreign media analyst, who declined to be identified, said many Thai press barons are in ruts. "These guys have never really understood the dynamics of their business," he said. "Some are great reporters and editors but really hopeless businessmen, foraying into all sorts of nonsense and then losing their shirts on it."

Already heavily in debt, one of The Nation's recent misjudgments was betting heavily on two digital TV licenses that failed to attract anything approaching the expected advertising. Others made the same mistake, but the Bangkok Post dodged a bullet when its digital TV bid failed.

While the Bangkok Post remains viable as a stand-alone, and is widely recognized as a strong brand, circulation has fallen greatly. The newspaper was once virtually the only publication audited in Thailand, but that ended over five years ago. Paid subscriptions have seen double-digit falls in recent years and insiders say now number fewer than 10,000. However, most of the Post's content is available free online, which suggests that readership is much larger.

"The digital strategy for the Post has really been very haphazard," a senior figure at the Bangkok Post told Nikkei. In the 1990s, the majority of Post readers were Thai, but digitization has changed that.

"There are probably more people who read it digitally overseas than read it in Thailand," the source said. "It is going to be difficult to reverse the circulation trend, which has been going down for the past 10-plus years -- it really is the lowest ever."

Amid the disruption, some fear that Thailand might be on the brink of an information abyss. "The independent media is one of the most important institutions in this country," Hasan Basar of Bangkok Public Relations, an observer of the local press for nearly 40 years, told Nikkei.

"It has played a far more important role in society than even in the West," he said. "That's because the legal system can sometimes be dysfunctional, and shaming is the only check on abuse of power and egregious behavior by commercial and political leaders."

Kavi Chongkittavorn, a veteran columnist for The Nation and the Bangkok Post, is despondent about the threat to serious journalism.

"We do not have people who study issues in depth," he said. "Social media provides the kind of things Thais always need -- instant news satisfaction and gratification, no questions asked. Journalism is not a highly regarded profession -- the police beat is still very important here. Journalists are regarded as fruit flies."